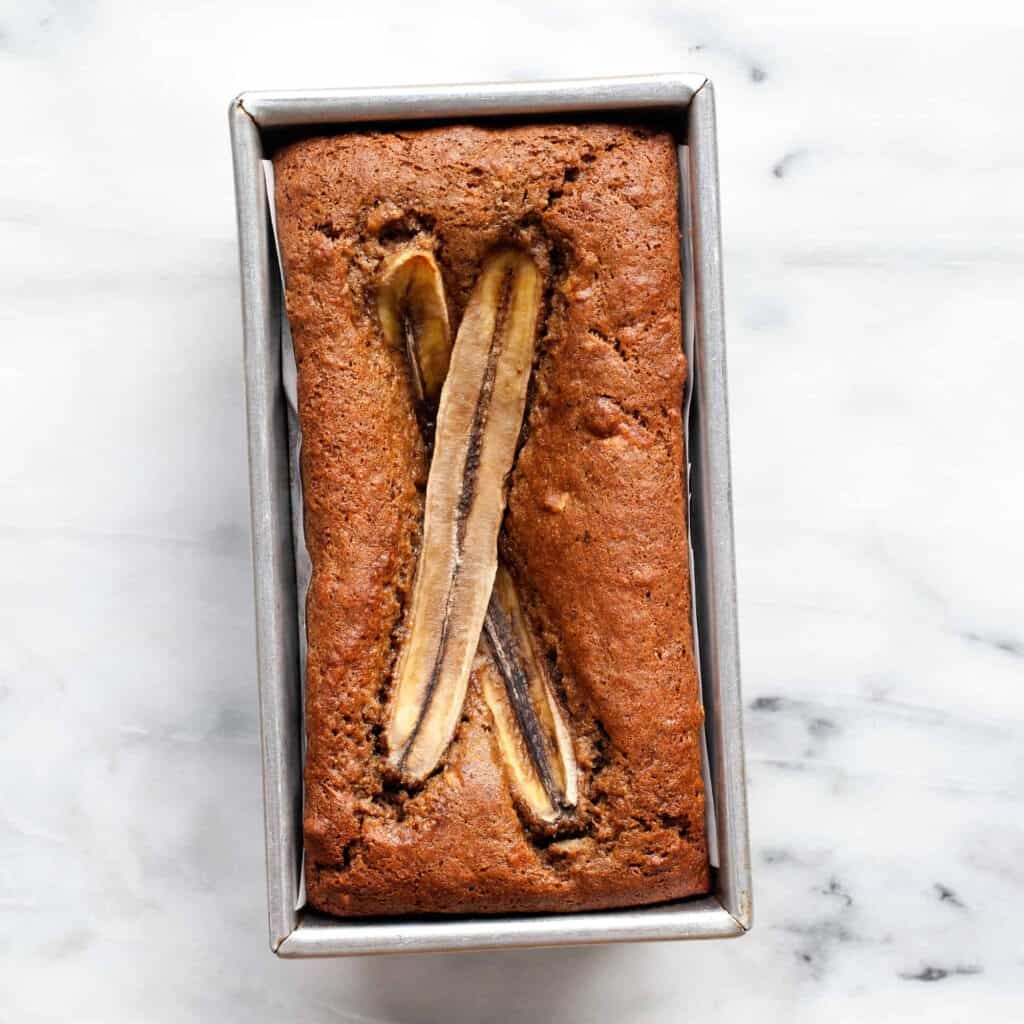 I have a new kitchen helper in the form of my 2-year-old son.

After months of attempting to hold him while cooking one-handed, we invested in a learning tower, so he can be up at counter height.

Based on the big smile on his face whenever he takes his post at the end of the island, saying he loves it would be an understatement.

Now he is giving me orders. I may have been demoted to sous chef status, but we are both having fun.

My little guy loves dumping everything into a bowl and mixing.

Together we baked a loaf of gluten-free banana bread.

Anytime I can get my son to consume whole grains I feel like I deserve a pat on the back.

After we spread the batter into the pan, he helped me carefully lay the banana halves on top.

He was very proud when he took a bite of his slice and told me, “Mommy, I made it!”
SaveSave 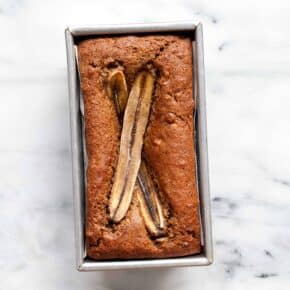 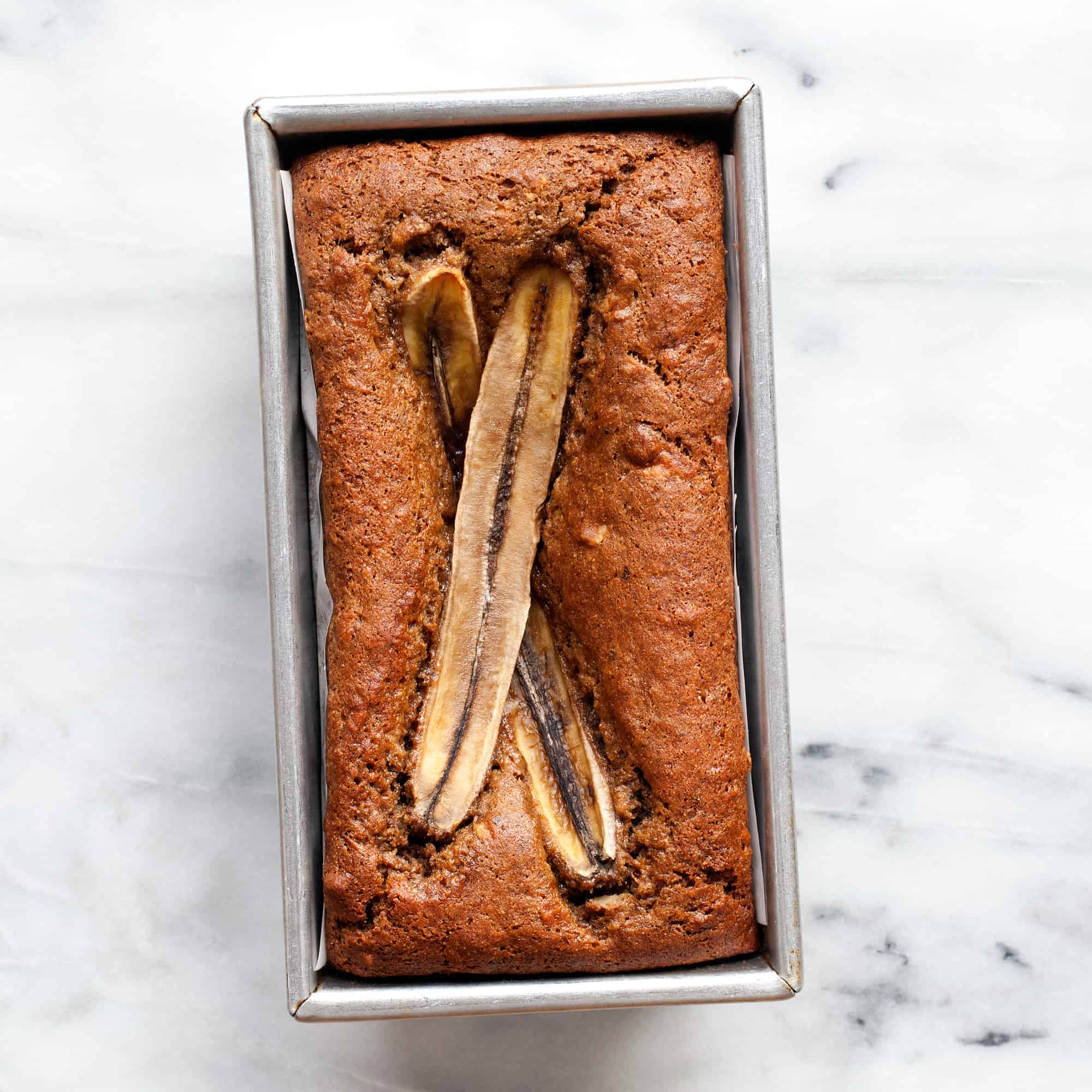