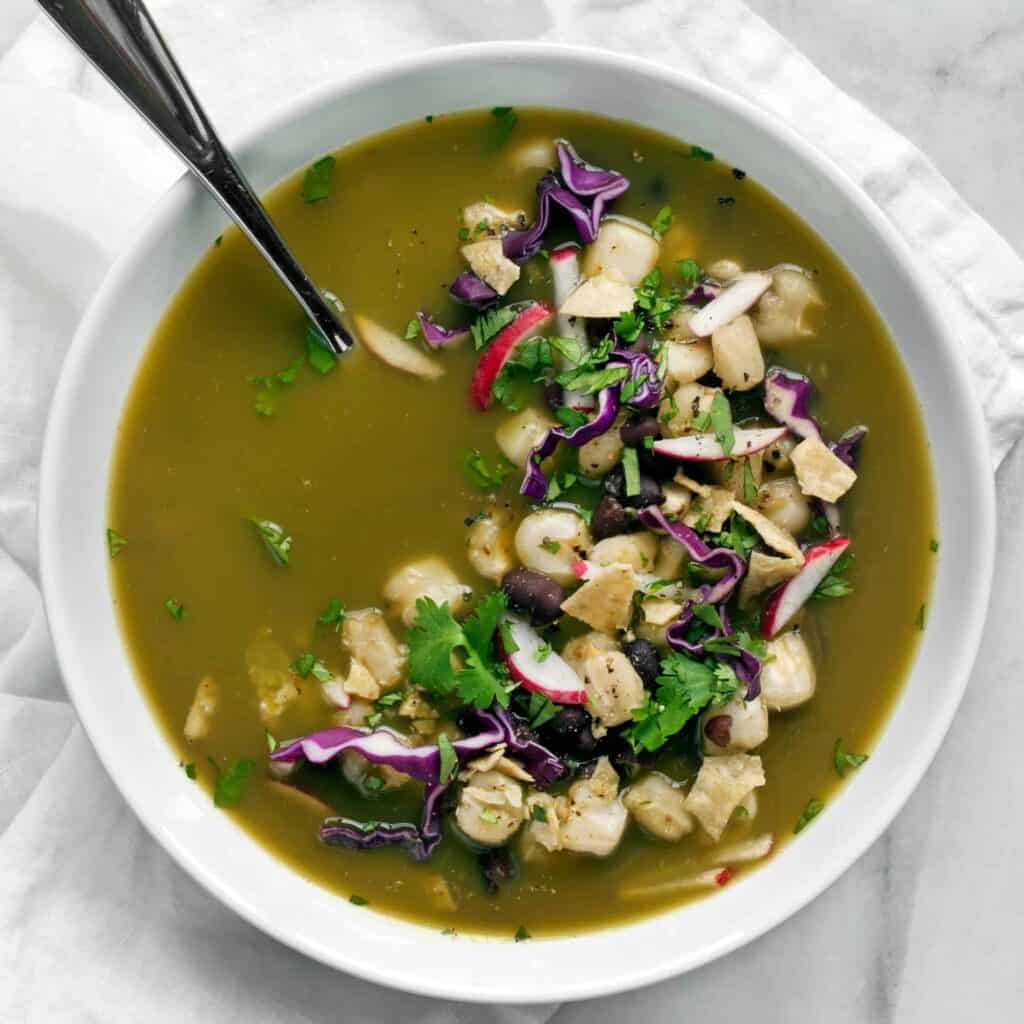 With hominy, black beans, tomatillos and spinach, this green chile posole is a spicy bowl of vegan soup topped with cabbage and crumbled tortilla chips.
Jump to Recipe

With hominy, black beans, tomatillos and spinach, this green chile posole is a spicy bowl of vegan soup topped with cabbage and crumbled tortilla chips.

A couple weeks ago I met a friend for lunch at one of our favorite Mexican restaurants.

The place is known for its tacos, but instead of sharing a bunch of different tacos per our usual routine, we both ordered mugs filled with pork posole soup.

I usually only eat vegetarian soups, but it was very cold outside. That day my cravings involved anything that would properly warm me up.

The broth had a deep red hue and just the right level of spiciness giving each spoonful a pleasant buzz.

It felt so good to have my hands wrapped around that warm mug of soup.

To say I was thrilled that I ended up ordering it is an understatement.

My mind kept going back to the posole at the restaurant. No surprise, I wanted to make my own version at home, but I wasn’t interested in meat.

I ended up making a vegan green chile posole in my own kitchen that I’ve had on repeat ever since.

How To Make Green Chile Posole

First, I char a poblano pepper under the broiler.

Then I simmer tomatillos until they are tender.

The poblano pepper and tomatillos go into the blender along with onions, garlic, cilantro, parsley, spinach and veggie broth.

Cumin, oregano and allspice give the soup even more flavor.

Then after I blend the ingredients and they are smooth, I simmer them in a pot on the stove.

The green chile posole has hearty bites of hominy and black beans.

The bright green color mellows out as it bubbles away.

I stir fresh lime juice into the soup after it finishes cooking. Lime juice adds a much needed brightness to all the veggies.

This soup works well with lots of garnishes like cabbage, radishes, crumbled tortilla chips and of course, more cilantro.

You can never have too much cilantro–at least in my opinion!

With hominy, black beans, tomatillos and spinach, this green chile posole is a spicy bowl of vegan soup topped with cabbage and crumbled tortilla chips. 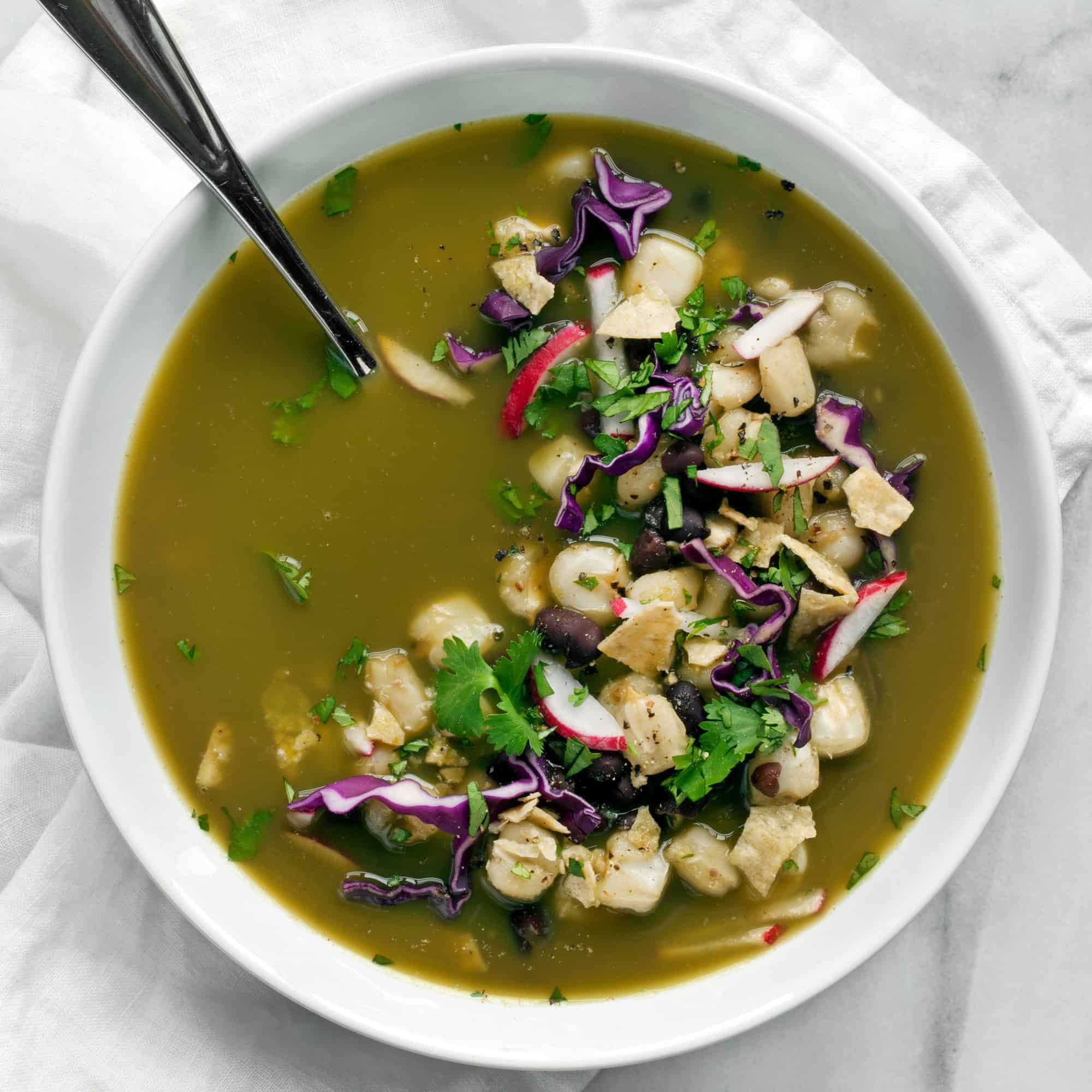