An appetizer and main dish in one, you can transform grilled caponata with just a few additional elements like crusty bread, grains and pasta.
Jump to Recipe

An appetizer and main dish in one, you can transform grilled caponata with just a few additional elements like crusty bread, grains and pasta.

The best kinds of recipes are the ones where you end up with a dish you can eat in multiple ways.

I love anything that can go from an appetizer to a salad to a main with just a few additional elements.

It’s the best feeling when you can get extra mileage out of your leftovers without being stuck with the same version for consecutive meals.

Caponata is a traditional Sicilian dish that’s a combination of eggplant, tomatoes, olives and onions. It can be served hot or cold and is thought of as a starter, side or relish.

Ratatouille and caponata are similar except caponata combines sweet and sour flavors because of the additions of vinegar and sugar.

Instead of making mine on the stovetop, I went outside for grilled caponata.

Eggplant is wonderful when it’s kind of smoky. That’s why I thought of the grill.

How To Make Grilled Caponata

I started by slicing the eggplant, tomatoes and onions into 1/4-inch-thick rounds.

For more aromatics, I included a couple celery stalks and tossed all the veggies in olive oil, salt and pepper.

I lined grates from front to back and side to side with vegetables.

Once they had grill marks, I let the veggies sit for a few minutes till they were cool enough to handle.

Then I diced the eggplant, onions and celery. After that I chopped the tomatoes.

In a stovetop caponata, you add tomato paste and sauce. The grilled tomatoes fell apart as I chopped them and became kind of saucy .

The tomatoes were sweet enough on their own, so I felt no reason to add sugar.

I ate the caponata so many different ways. It was great spooned on baguette slices. I even folded it into quinoa.

And obviously, I had to use grilled caponata as a pasta sauce.Next time I might whip up a double batch.

When you have that many different options to serve a certain leftover, you want it to last a bit longer.

An appetizer and main in one, you can transform grilled caponata with just a few additional elements like crusty bread, grains and pasta. 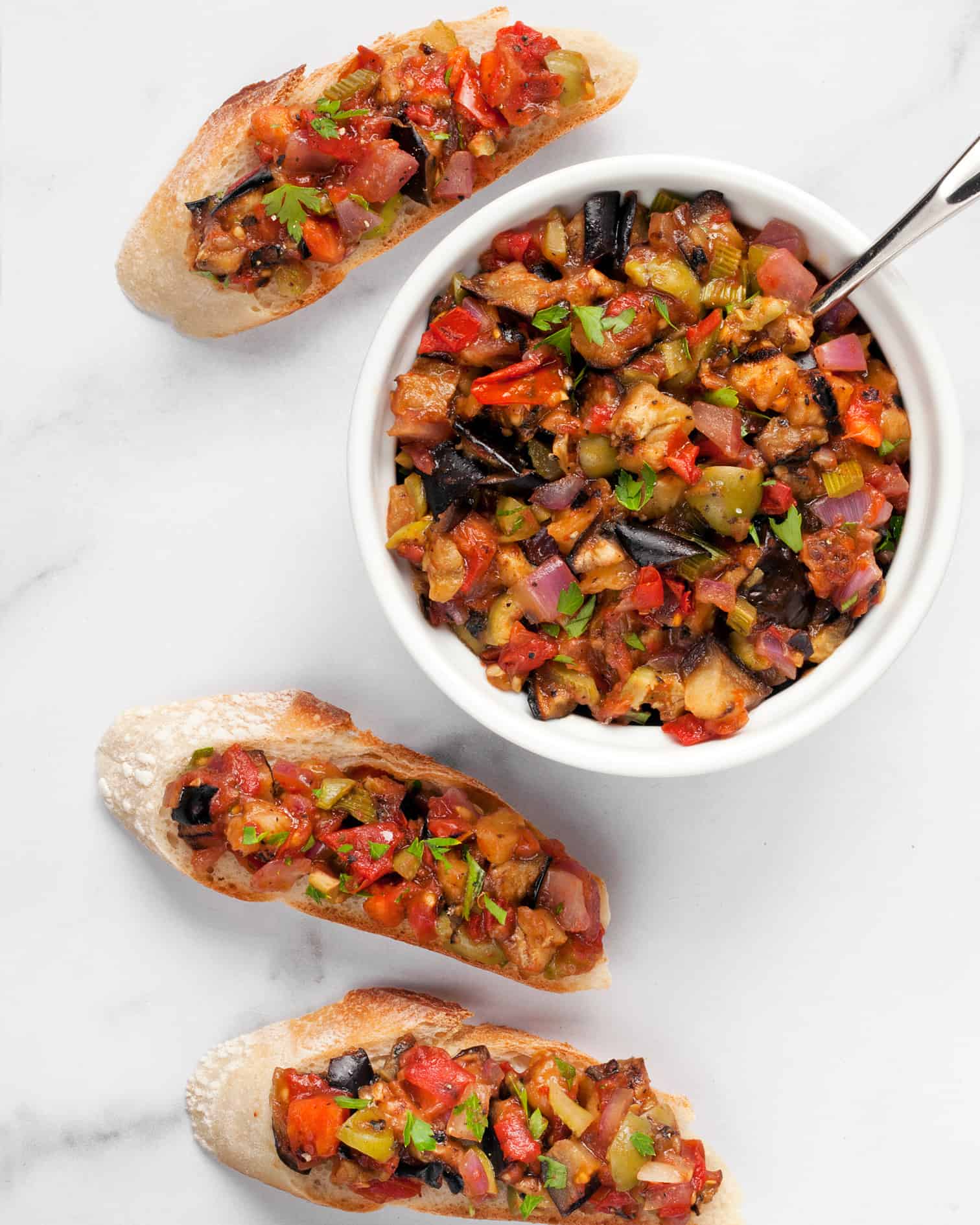