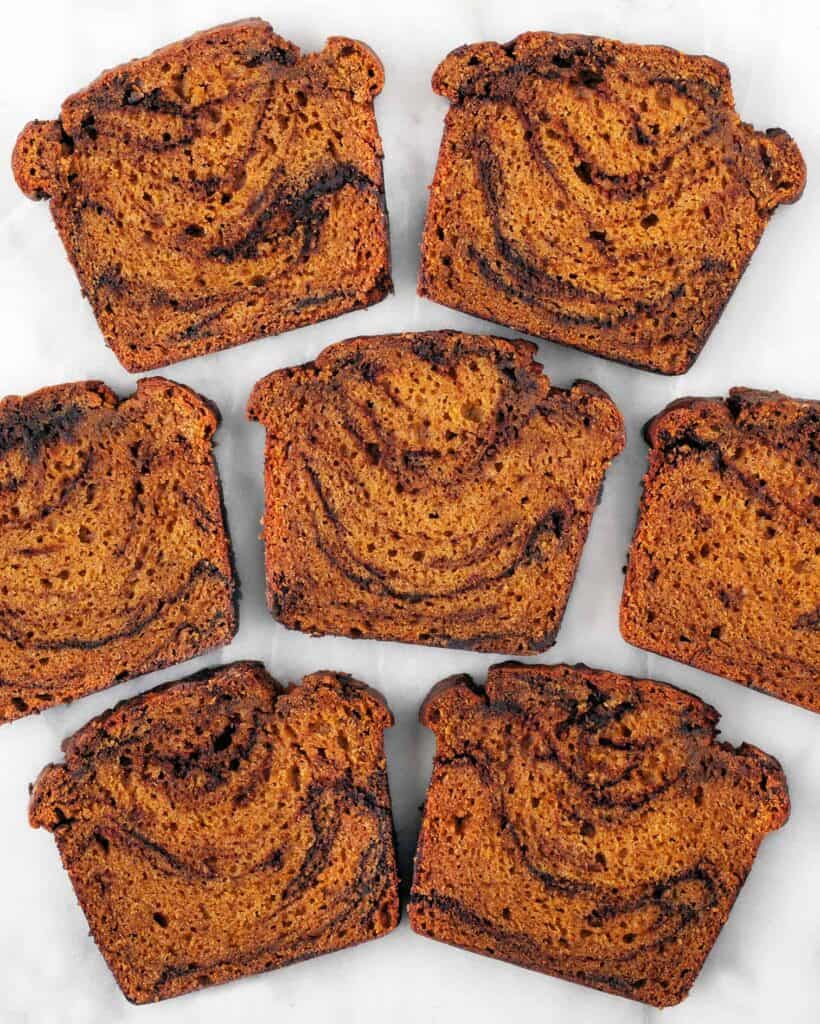 There is just the right amount of subtle heat in this chili chocolate pumpkin marble bread. It's spiced with a mix of cinnamon, ginger, allspice and cloves.
Jump to Recipe

There is just the right amount of subtle heat in this chili chocolate pumpkin marble bread. It’s spiced with a mix of cinnamon, ginger, allspice and cloves.

It seems like everyone else has been indulging since September, some even ordering that first pumpkin spice latte in August.

Just last week I bought my first can of pumpkin puree.

Every year I am reminded of all the wonderful things you can do with a single can.

On the savory side, I love baked pumpkin risotto.

Why is it that I seem to forget the magic of that deep orange puree and what it does to baked goods, especially quick breads?

Even through I don’t always follow my own advice, I think it’s a good idea to keep at least one can of pumpkin puree in your pantry.

There is just the right amount of heat in this chili chocolate pumpkin marble bread, spiced with cinnamon, ginger, allspice and cloves.

The first time I baked a loaf was after a cup of granola at a coffee shop inspired me.

I bought it as a snack to share with my son. We both loved it.

That granola had a little buzz to it. When I flipped over the container to read the ingredients my suspicion was confirmed—chili powder!

A similar hint of spiciness is a great pair with pumpkin and especially with the chocolate swirls that pattern each slice of this bread.

First, I preheat the oven to 350 degrees F and grease a loaf pan with non-stick cookings pray. Then I start on the dry ingredients.

They involve the expected flour and baking soda plus a mix of spices: cinnamon, ginger, cloves, allspice, and of course, chili powder.

After that, I whisk together the wet ingredients into a separate bowl. The mix includes oil, sugar, eggs, vanilla extract and the pumpkin puree.

The final step before putting it all into the pan is to swirl melted semi-sweet chocolate through the batter.

Once baked and cooled, each slice of this marble bread is a surprise with streaks of chocolate running throughout.

There is just the right amount of subtle heat in this chili chocolate pumpkin marble bread. It’s spiced with a mix of cinnamon, ginger, allspice and cloves. 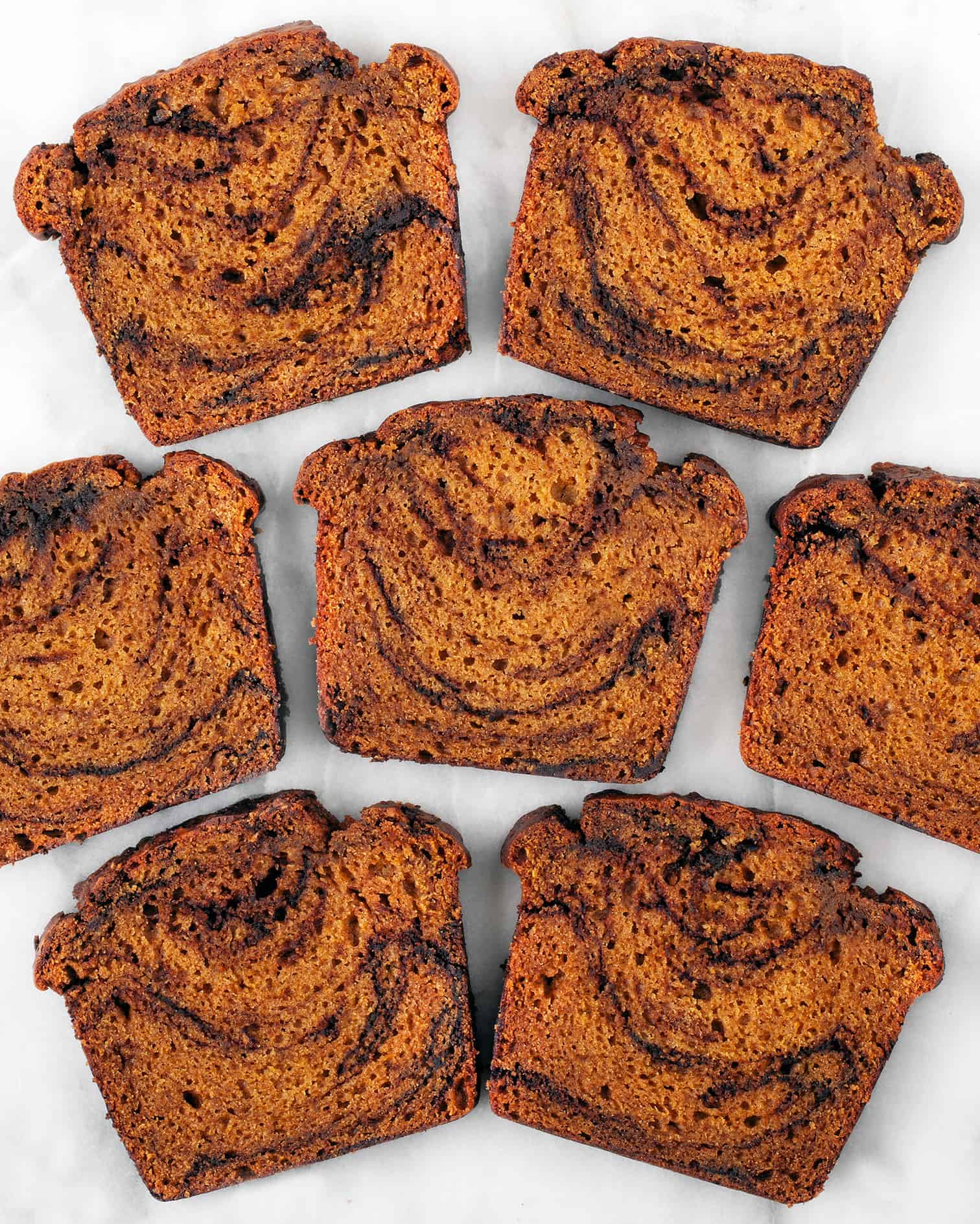