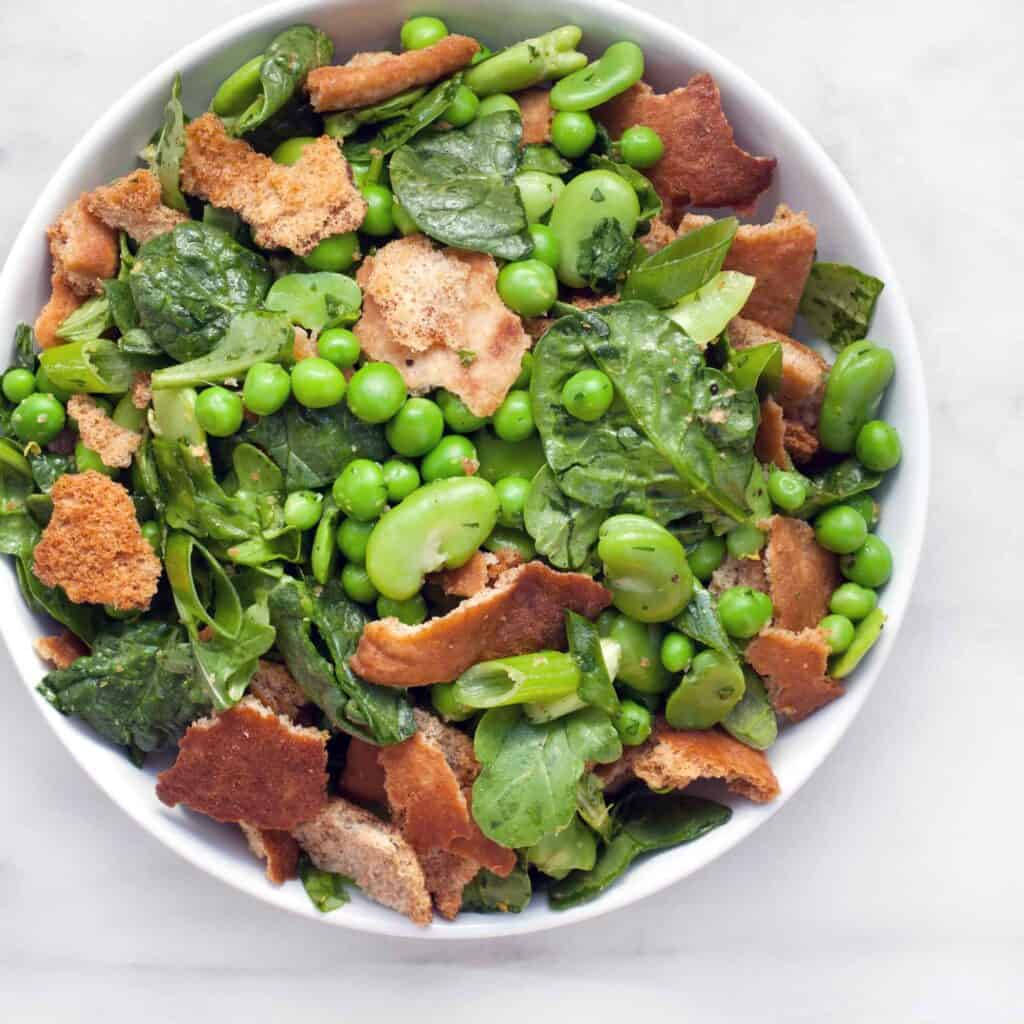 With the expected toasted pita bread, this fava bean & pea fattoush is a spring/summer twist on the classic Middle Eastern bread salad.
Jump to Recipe

With the expected toasted pita bread, this fava bean & pea fattoush is a spring/summer twist on the classic Middle Eastern bread salad. 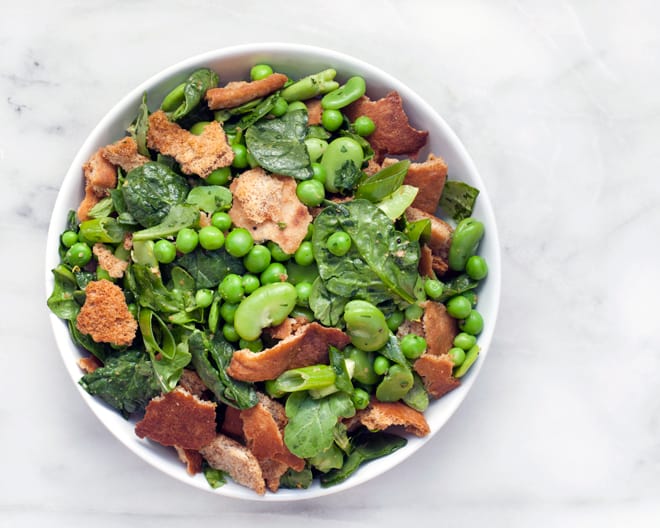 Last weekend’s weather in Chicago was a little bit of everything—cold, warm, rain, sunshine and even snow.

And for May and sometimes even June.

Every year the chill feels like it is never ending.

Deciding what to eat is a serious challenge.

One moment I am craving a hearty bowl of soup, but the next minute I want something crisp, green and refreshing.

The good news is that there is no wrong choice especially when you have so many options.

I need to accept that we are in that back and forth gap between winter and spring.

Two pink-blossomed trees that in our neighborhood are the annual sign that gives me hope that things are about to change.

Plus at the grocery I spotted more encouraging signs in the produce section: rhubarb, fava beans and peas!

This is when I can’t hardly contain my excitement.

The result is this fava bean & pea fattoush, a seasonal version of a Middle Eastern bread salad with toasted pita.

Toasted pita is a must for fattoush.

First, I preheat the oven to 375 degrees F, so I can toss torn pita with olive oil, sumac, salt and pepper.

I like using whole wheat pita because I think it has more flavor.

While the pita is in the oven, I start working on the fava beans getting them out of their pods.

Then I cook them quickly in boiling salted water before shocking them in a bowl of ice water.

Finally, I pop the fava beanss out of their inner skins.

I use that same pot of boiling water to cook the peas, too.

After that, I whisk together the lemon vinaigrette and stir it into the salad.

The last step is to fold in the toasted pita bread.

With the expected toasted pita bread, this fava bean & pea fattoush is a spring/summer twist on the classic Middle Eastern bread salad. 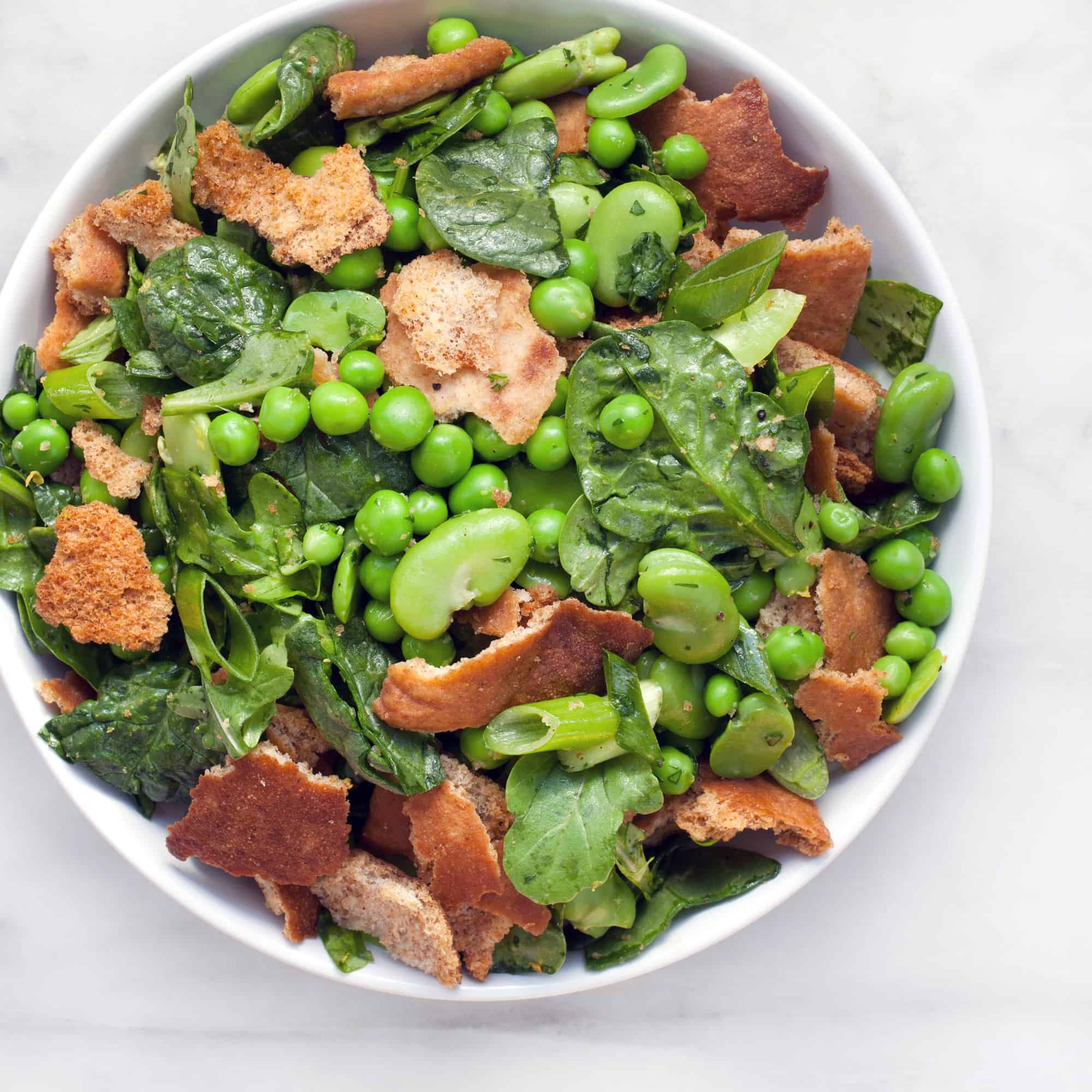