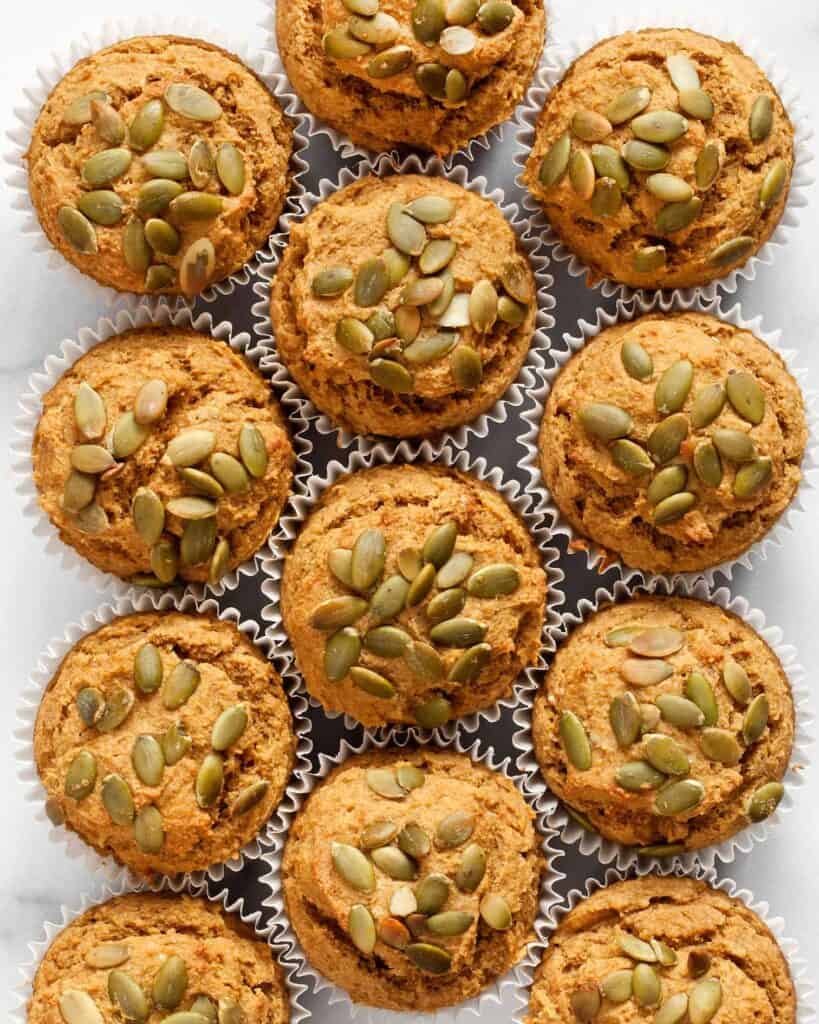 With white whole wheat flour and maple syrup instead of sugar, these spiced pumpkin muffins are a healthier version of a classic fall baked treat.
Jump to Recipe

With white whole wheat flour and maple syrup instead of sugar, these spiced pumpkin muffins are a healthier version of a classic fall baked treat.

I never thought I would ever say this, but I’ve become a coffee person.

Not drinking straight coffee from the pot. I’ve been shelling it out for creamy lattes crafted by skilled baristas in the independent coffee shops in our neighborhood.

I’ve grown to love these milky, muted coffee drinks. They make me dream of an affogato, that perfectly simple Italian dessert involving a shot of espresso poured over a scoop of vanilla ice cream.

My coffee time happens in the late afternoon when I’m running on empty after another abbreviated night’s sleep.

As hard as I try, I never seem to go to bed at an appropriate hour. This is so true considering how early I wake up in the morning.

The other day I was waiting for the barista to make my latte when I overhead someone ask if they had anything pumpkin spice.

The barista was polite, but I could tell he was holding back his real opinions. We all can agree that this is a relatively new tradition that has taken over autumn beverages.

I love things that are pumpkin and spiced, just not in drink form. I want them paired in baked goods.

That made me think about pumpkin muffins and how I could totally revamp my go-to recipe to be more healthy.

A couple months ago I baked zucchini chai muffins and skipped the sugar using maple syrup instead.

Why couldn’t I do a similar strategy with pumpkin muffins?

It is canned pumpkin puree season after all!

How To Make Healthy Pumpkin Muffins

Once I fold the wet ingredients into the dry ingredients and scoop the batter into a muffin pan, I sprinkle on pepitas, also known as raw pumpkin seeds.

These pumpkin muffins are how I do pumpkin spice.

After eating a couple in the first days after I have baked the muffins, I always freeze the rest of the batch and let them thaw at room temperature as I crave one.

With white whole wheat flour and maple syrup instead of sugar, these spiced pumpkin muffins are a healthier version of a classic fall baked treat. 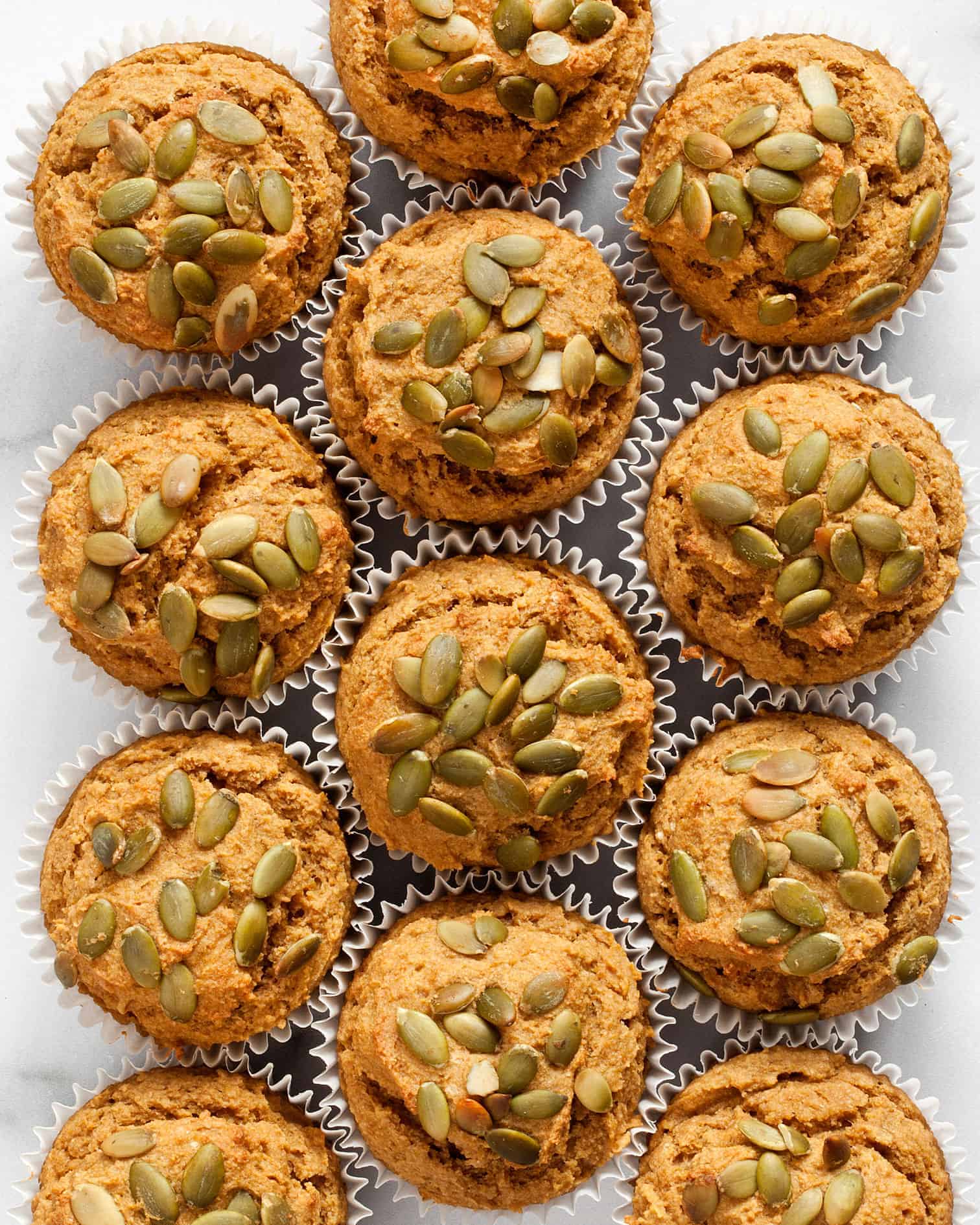