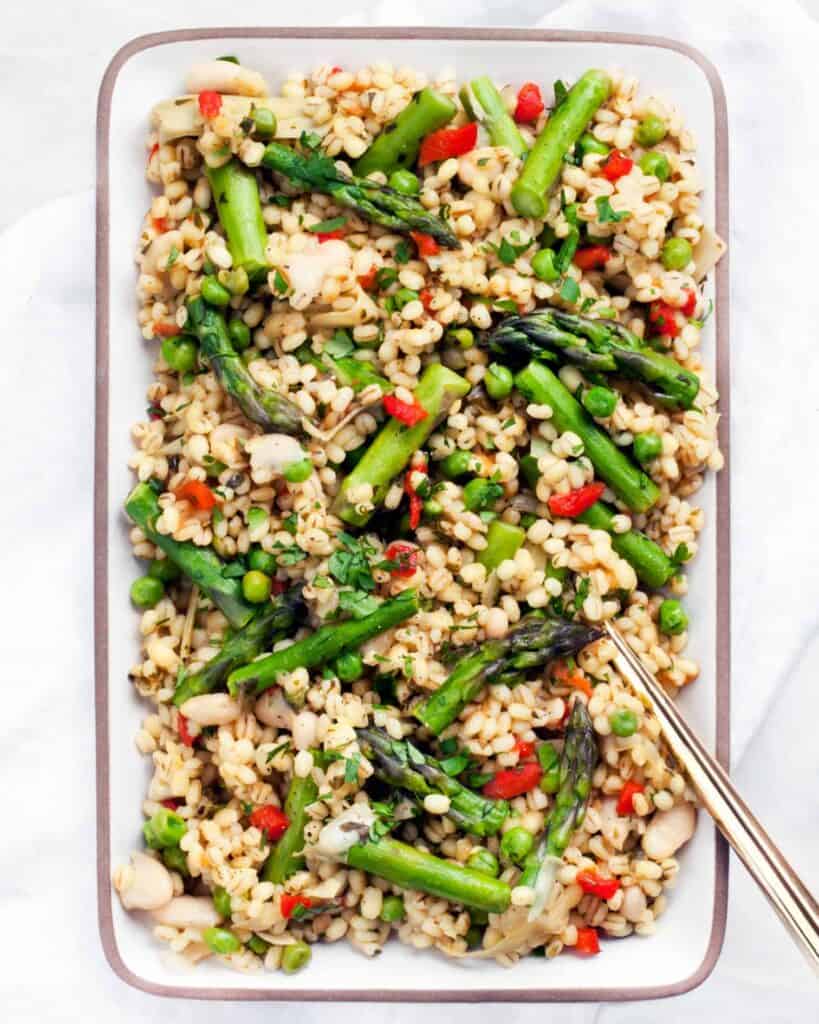 This spring veggie paella uses barley instead of traditional Bomba rice along with pimientos, asparagus, peas, artichokes and cannellini beans.
Jump to Recipe

This spring veggie paella uses barley instead of traditional Bomba rice along with pimientos, asparagus, peas, artichokes and cannellini beans.

Second to the olive bar, the bulk section is my favorite part of the grocery.

How great is it that I only have to buy as much as I need for a specific recipe!? That allows me to limit food waste.

It also gives me the freedom to experiment. I am more likely to cook something new if I know I won’t end up with three-quarters of a box of an ingredient taking up valuable real estate in my pantry until I come back to it again.

I was on a barley kick in bulk until one time when I flipped the handle and ended up with triple the amount I needed.

Some people might have just left it there, but I couldn’t abandon those grains.

Yes, that means I had months of barley and more barley.

Needless to say, I took a much-needed and well-deserved break.

I turned to farro and quinoa instead.

Now I’m back to barley. And it feels so good.

Of course I had to use asparagus and peas for vegetables along with pimientos, which are cherry peppers with mild heat.

It turned out to be a filling veggie main, and I have plenty of leftovers for lunch this week.

How To Make Spring Veggie Paella

To start, I sauté roughly chopped onions in olive oil in a large skillet.

Then I add pimientos, garlic and tomatoes.

This is when things start to get fragrant.

After that, I add the barley, vegetable stock and water plus turmeric, salt and parsley. I bring that mixture to a boil, reduce the heat and let it simmer while continuing to stir it.

When the barley has absorbed about half the liquid, stir in the asparagus, peas, artichokes and cannellini beans.

Then keep cooking the paella until the liquid is gone and the barley is tender.

I wait 10 minutes before sprinkling it with parsley and serving.

This spring veggie paella uses barley instead of traditional Bomba rice along with pimientos, asparagus, peas, artichokes and cannellini beans. 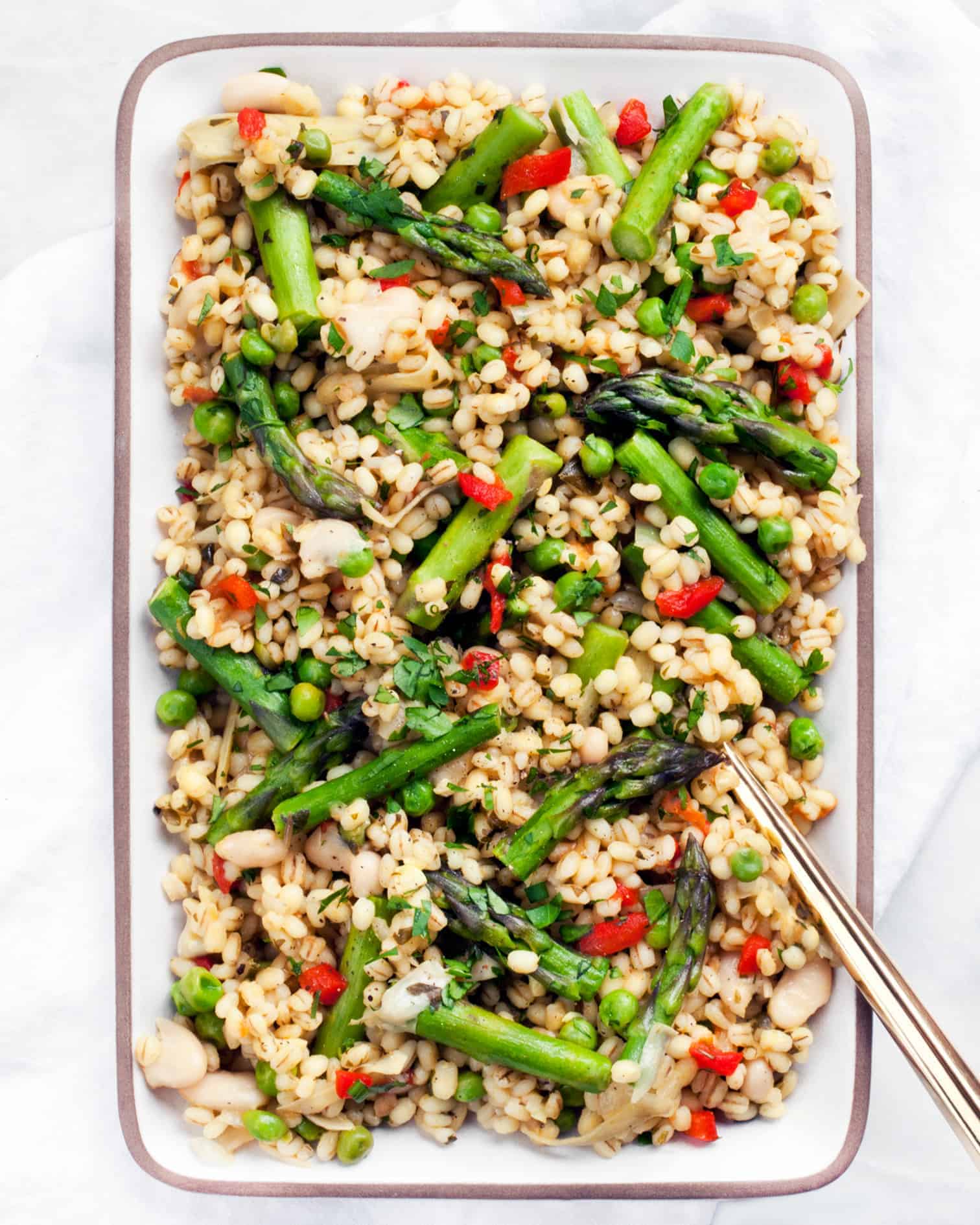