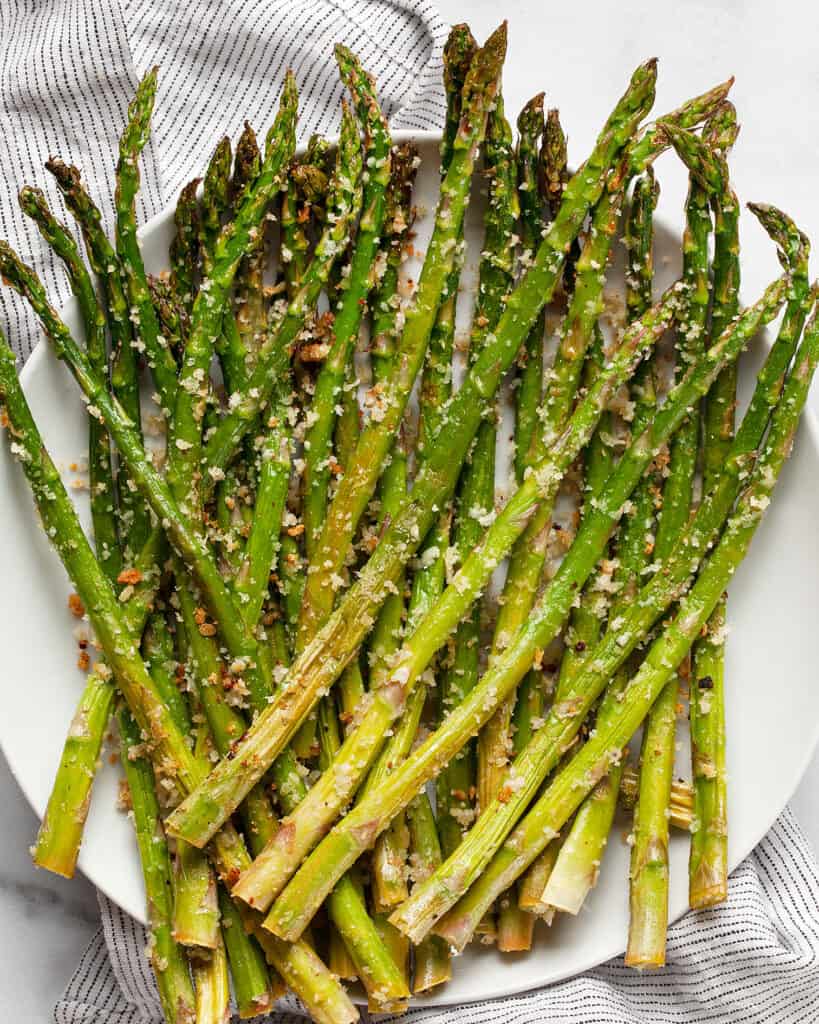 Last Ingredient » Side Dishes » Roasted Asparagus with Parmesan and Garlic

Roasted Asparagus with Parmesan and Garlic

Ready in less than 15 minutes, this roasted asparagus with Parmesan, garlic and lemon is a quick and easy side dish that’s topped with toasted panko breadcrumbs.
Jump to Recipe

Ready in less than 15 minutes, this roasted asparagus with Parmesan, garlic and lemon is a quick and easy side dish that’s topped with toasted panko breadcrumbs.

No vegetable quite says spring like asparagus. It’s one of the first things to pop up at the grocery store and the farmers market that really signals the season change. Asparagus is anything but shy about its big farewell to winter and enthusiastic hello to all things lush and green.

And that’s why I like to keep my approach simple when I make this roasted asparagus with Parmesan, garlic and lemon. As a rule when you bake any vegetable, you shouldn’t hide its taste and personality.

What I don’t want to do is to cover up the flavor of the asparagus. Instead, I use other ingredients that will only enhance it and celebrate it.

The prep for this side dish is so minimal that it’s tough to even consider it active work time. You just whisk together the olive oil-lemon marinade and toss it with the asparagus right on the baking sheet. Then top it with a combination of panko breadcrumbs and cheese and roast is in the oven. That’s it.

When I get home from shopping, I always put asparagus in a half inch to an inch of water in a container that allows the stalks to stand up straight. This keeps them hydrated. Either a vase or wide-mouthed jar both work well. Then I leave it out on my kitchen counter at room temperature and not in the refrigerator. Try to use it in 2 days, so it’s at its freshest.

Some people like to put a plastic bag over the asparagus in water and put it in the fridge to store it longer, but I strongly recommend cooking it sooner while it’s at its peak.

To prep asparagus to roast, or cook for pretty much any recipe, you need to cut off the woody ends. The best way to do this is to line up a small group of stalks at the same time on your cutting board and use a sharp knife to slice off the ends.

How To Make Roasted Asparagus

Oven Roasted Parmesan Asparagus Is The Perfect Side Dish

It doesn’t get much better than a fast side with a short ingredient list. Since this baked asparagus recipe doesn’t involve much prep and the cook time is less than 10 minutes, it can be one of the last things you do when you are cooking dinner or another meal.

Here’s an example, you could roast it while the chicken or turkey you just pulled out of the oven or the steak you just grilled is resting.

I don’t bother trying to reheat roasted asparagus. It will never be as good as it was when you pulled it out of the oven. What I like to do is to roughly chop it and stir it into cooked grains along with leafy greens like arugula and make a hearty salad. You could even add it to pasta too.

Asparagus also pairs well with eggs. Try chopping it and including it in a scramble, an omelet or a frittata with lots of fresh herbs.

You can store leftovers in an airtight container up to 3 days. Please note that the breadcrumbs will lose their crunch in the fridge.

Tips for The Best Roasted Asparagus

Ready in less than 15 minutes, this roasted asparagus with Parmesan, garlic and lemon is a quick and easy side dish that’s topped with toasted panko breadcrumbs. 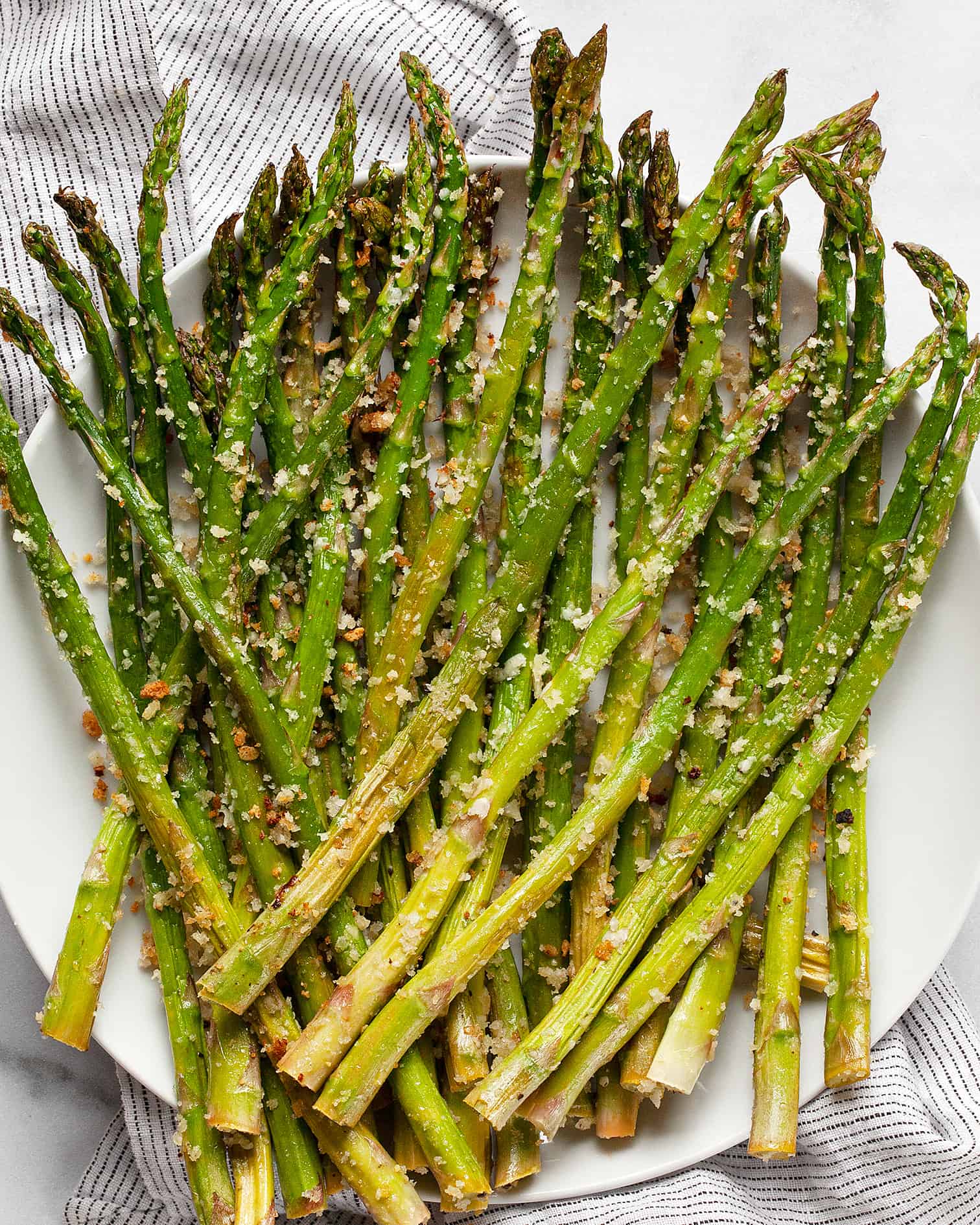 Roasted Asparagus with Parmesan and Garlic