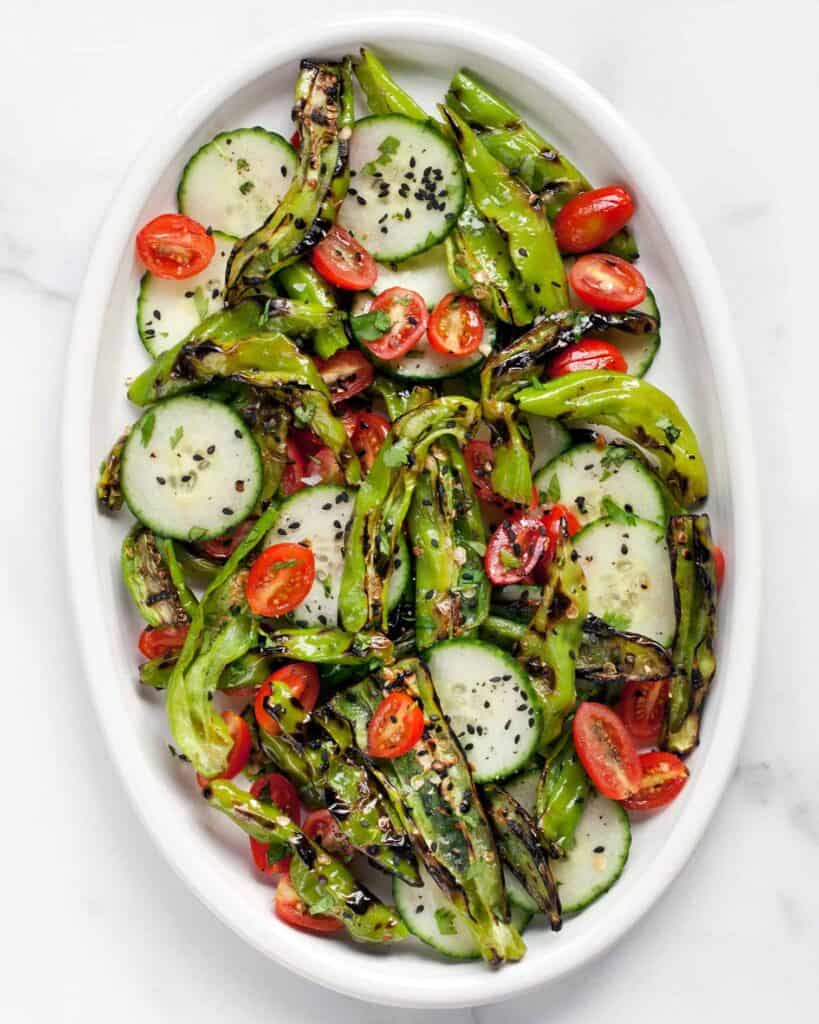 The first time I tried a shishito pepper I was so scared my palms were practically sweating.

I like spicy food, but I’m kind of a novice. Again, I think it was the fear of breathing fire that kept me away from hot things.

Only in the last few years have I fully embraced fiery foods.

I still approach them with caution, but I also think about the time wasted that I could have been enjoying lots of spicy culinary options.

Lately I’ve had a thing for shishito peppers.

What Are Shishito Peppers?

Hailing from Japan, shishito peppers are small and green with a mild to medium heat. Every so often you will get once that’s more hot. Just a warning!

Shishito peppers are smoky and meant to be cooked in a hot skillet on the stove or on the grill. Both are the best ways to blister the skin and further enhance their flavor.

You can dunk them into dips. I really love them in a salad with ingredients that do some cooling like cucumbers.

How To Cook Shishito Peppers

With just a little oil in a hot pan, you can blister them in minutes.

For this recipe, I fire up my grill. What I love about grilling them is that it just makes sense as a way to cook them because they already smoky. Cooking shishito peppers on the grill enhances that.

On a hot grill, it takes just about a minute per side to grill them.

The Ingredients for Grilled Shishito Peppers

For this grilled shishito pepper cucumber salad, you will need:

Often when I make shishitos, they are for an appetizer. I leave them whole and do no other prep than make a dipping sauce.

But I had a big debate when I first decided to make this shishito pepper and cucumber salad. The tops of these peppers act as a handle, and you don’t eat them.

The thought of having to slice off the tops as I ate the salad, did not appeal to me. I had visions of a clean plate with piled-up pepper tops pushed to one side.

That’s why I trim off the tops when making a salad.

How To Make A Shishito Pepper and Cucumber Salad

To prep the shishitos, I slice the tops off and halve them lengthwise. Then I toss them in olive oil, salt and pepper. There are always some loose seeds that fall out, but they aren’t that messy.

On the hot grill, I carefully arrange the peppers so they don’t slip between the grates. It’s no biggie if you lose a few. If you are concerned, you can use a grill pan.

Once the peppers were blistered, I combined them with my fresh and more mild ingredients. I adore this balance of cool crispy bites with the spicy heat.

In a big bowl, I stir together the peppers, sliced, cucumbers and halved cherry tomatoes along with chopped cilantro.

For the vinaigrette, I whisk together lemon juice, rice wine vinegar, olive oil, salt and pepper in a small bowl.

To finish off the salad, I drizzled on the lemon vinaigrette and add black sesame seeds.

Try These Other Cucumber Salads 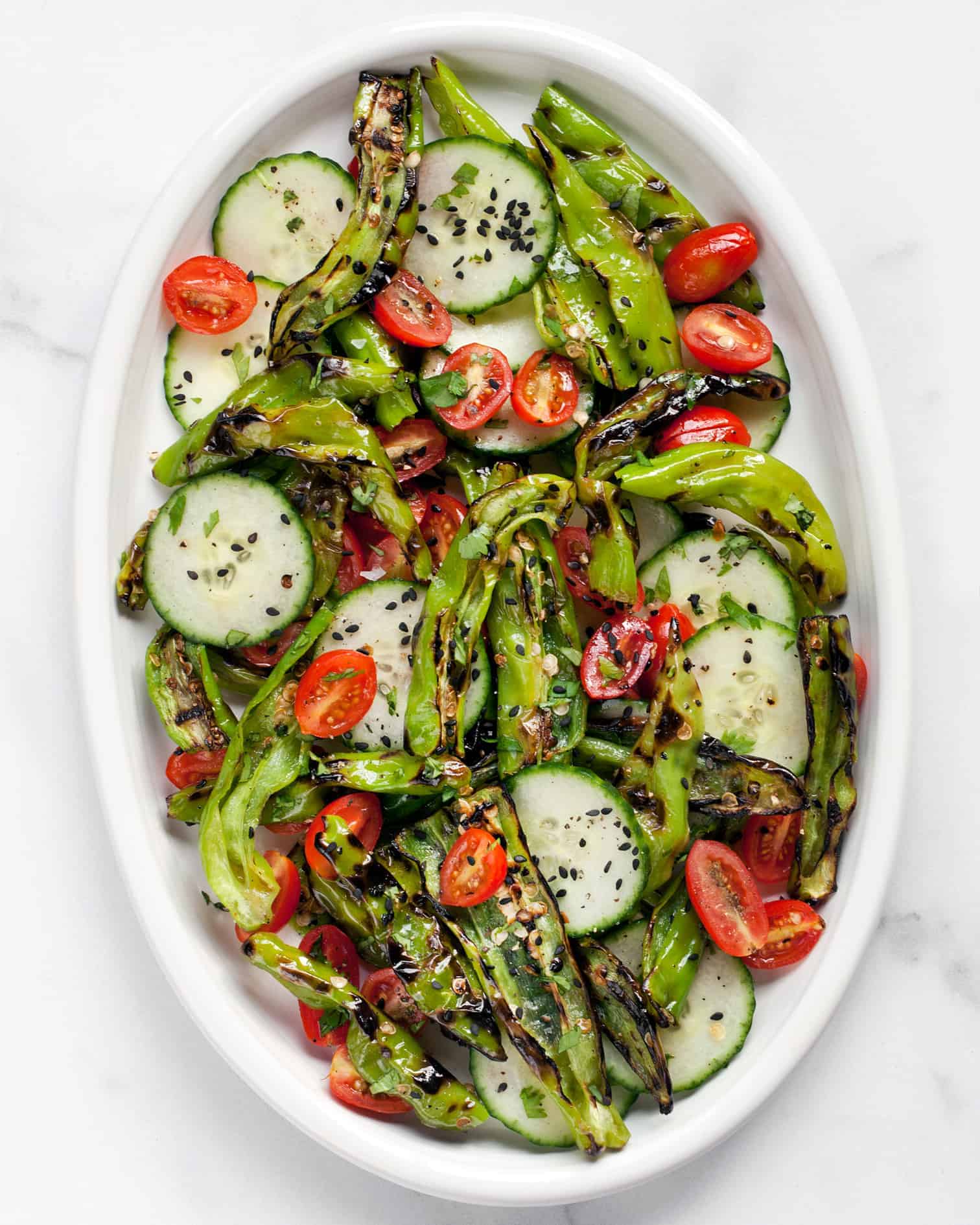