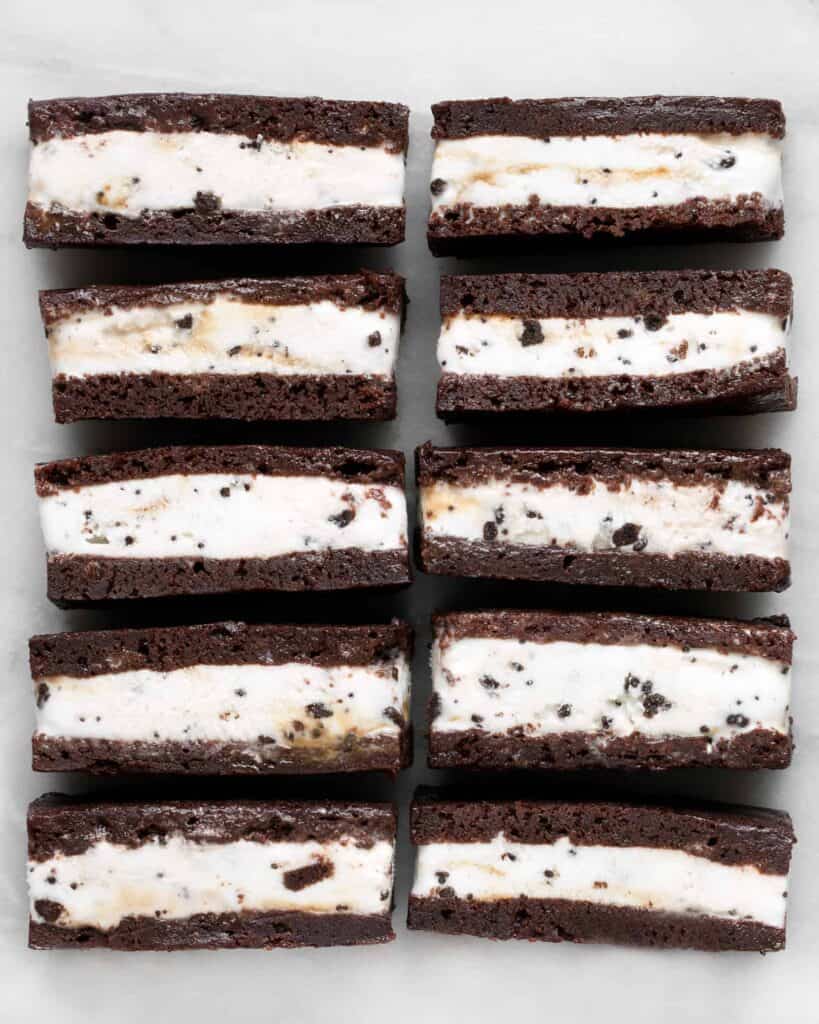 Does that mean I don’t consume ice cream other than between Memorial Day and Labor Day?

Of course not! Ice cream is one of my favorite treats. It’s an all the time thing.

I’ve passed my passion for frozen desserts to my five-year-old, who will say no thank you to cupcakes and request ice cream for dessert every night.

Ice cream sandwiches are a great way to dress-up a pint or two of ice cream. They key thing is to make your own “bread” from scratch.

When I say “bread” I mean the cookie or whatever that ice cream is sandwiched in between.

I love bar cookies because they are a one, maybe two-bowl, dessert that require no fussy shaping or cutting.

Going with the theme of enhancing store-bought ingredients, I made brownie ice cream sandwiches.

Instead of baking this batch of brownies in the usual square pan, I pulled out a jelly roll pan, so my brownies turned out thin.

For ice cream, I used chocolate chip caramel gelato. Why did I pick that flavor?

Honestly, it was because it was on sale! Those pints were one of the fancier brands I would only buy if they had some sort of discount.

So many things go with chocolate from vanilla to nuts to berries to citrus to more chocolate.

This is where you can customize the brownie ice cream sandwiches to whatever you want.

I let the ice cream soften a bit before I spread it on one half of the brownie.
Then I carefully placed the other brownie on top. It’s important to freeze the overall ice cream sandwich before cutting it.

Depending how many people you’re trying to serve, you can cut the sandwiches in different sizes.

I started with 12 rectangles and photographed them for the blog that way.

Since I like to have a little bite of dessert after dinner and I wanted the brownie ice cream sandwiches to last longer, I cut them into even smaller bite sizes and stashed them in a storage bag in the freezer. 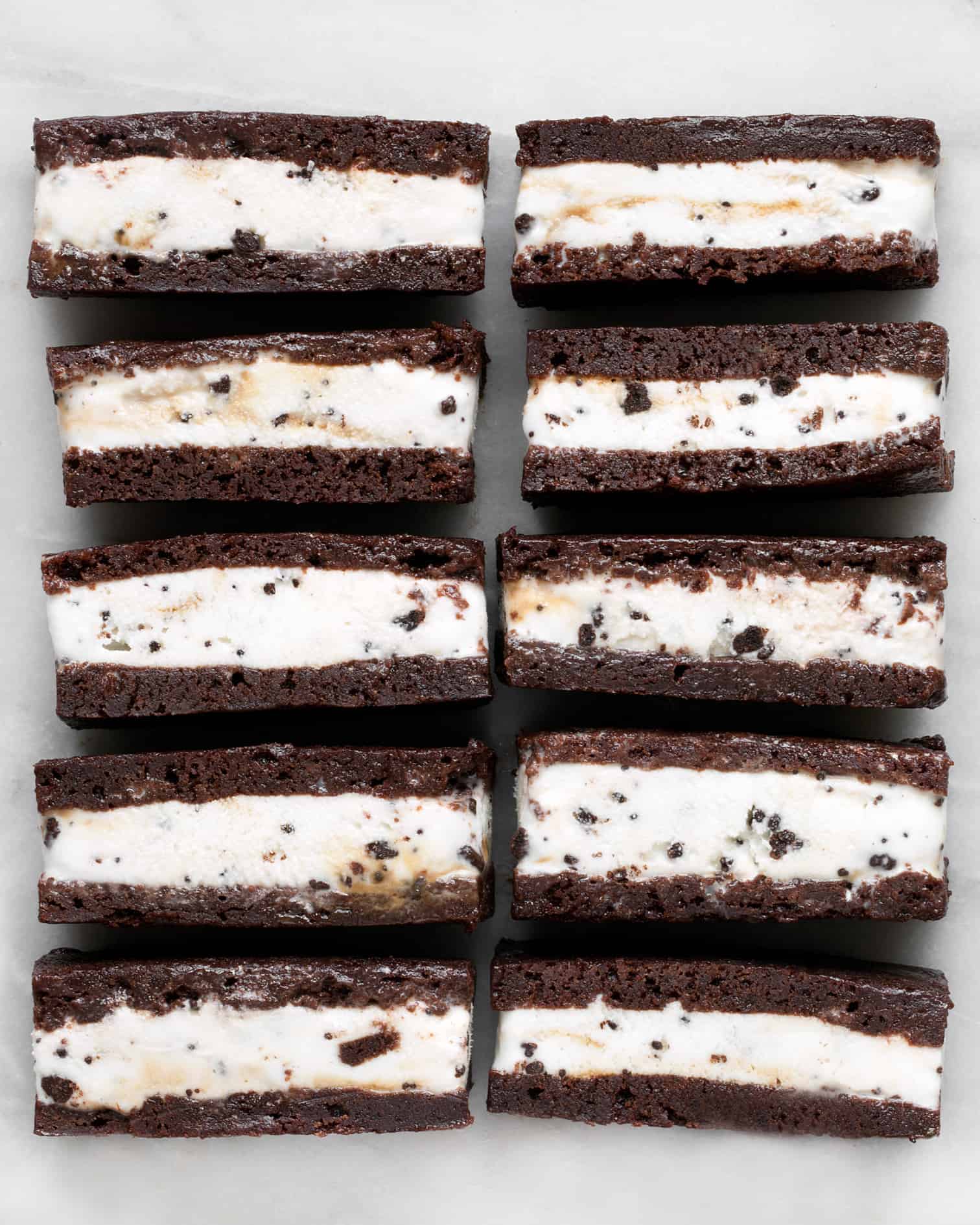