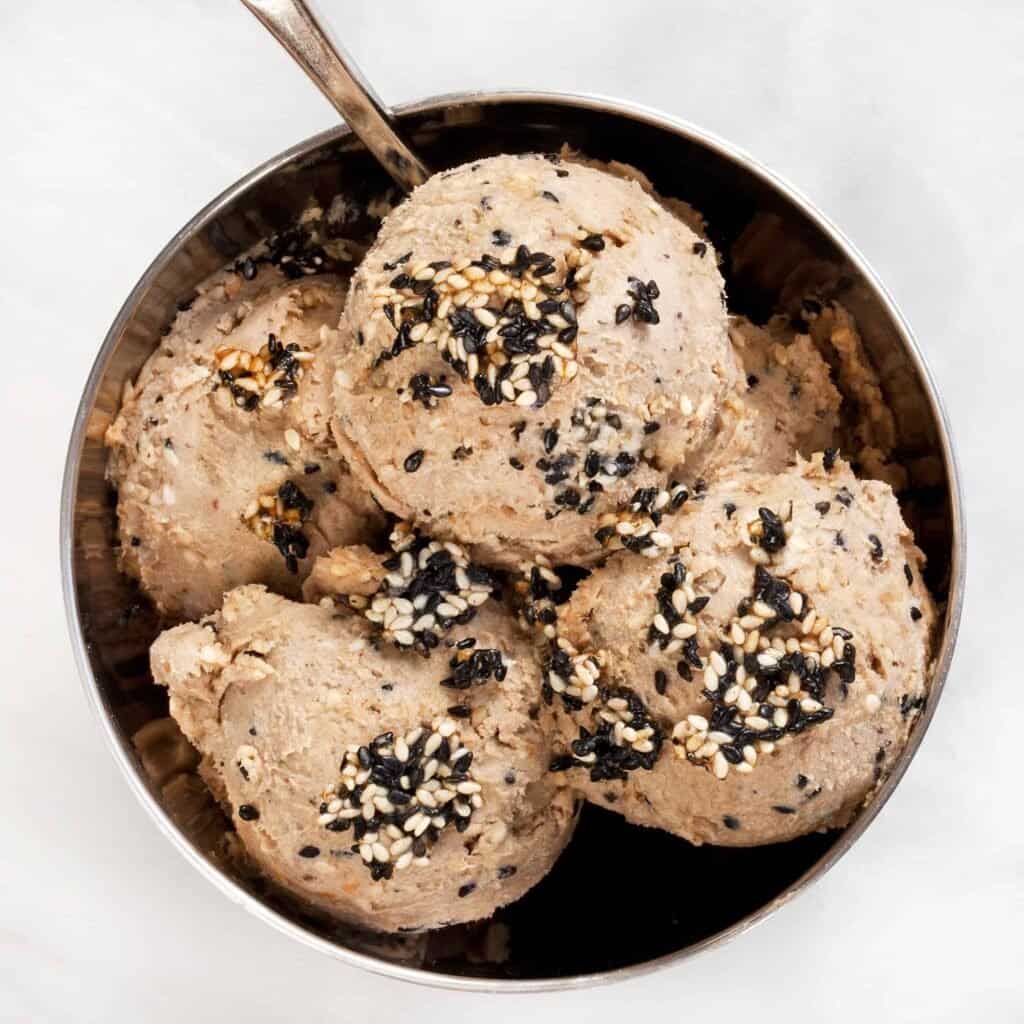 The subtle sweet, toasty and nutty flavor of this vegan roasted banana tahini ice cream is perfectly matched with the sesame crunch swirl.
Jump to Recipe

The subtle sweet, toasty and nutty flavor of this vegan roasted banana tahini ice cream is perfectly matched with the sesame crunch swirl.

There’s snow on the ground, and I want ice cream. I know that makes no sense. Plus it’s January when ice cream and other treats are supposedly off limits.

At spinning class the other morning, just 4 people showed up.

Our instructor said the average person only lasts 3 weeks with resolutions. We’re only days away from that, and resolution fatigue has debuted early.

January is also an awkward food blogging month. The first couple weeks are healthy, and then the last part of the month is Super Bowl snacks. I am doing my best to combine the two.

I decided not to ignore my ill-timed ice cream craving. Vegan nice cream versions are super easy to whip up in the food processor using bananas as a base.

First, I sliced the bananas, tossed them in a little maple syrup and roasted them in the oven to bring out the sweetness. I let the banana chunks cool and then froze them.

Then I spread it in a thin layer on a parchment paper-lined sheet pan and toasted it in the oven. After the crunch cooled. I broke it into small pieces.

When all the components were ready, I pureed the bananas, tahini, almond milk and cinnamon in the food processor until it was smooth.

Next I transferred the ice cream to a bowl to fold in the sesame crunch, saving some to use for a topping.

Straight from the food processor, the ice cream was similar to soft serve. Don’t worry, I resisted finishing it in one sitting!

The rest went into the freezer to harden up into a regular ice cream consistency.

The subtle sweet, toasty and nutty flavor of this vegan roasted banana tahini ice cream is perfectly matched with the sesame crunch swirl. 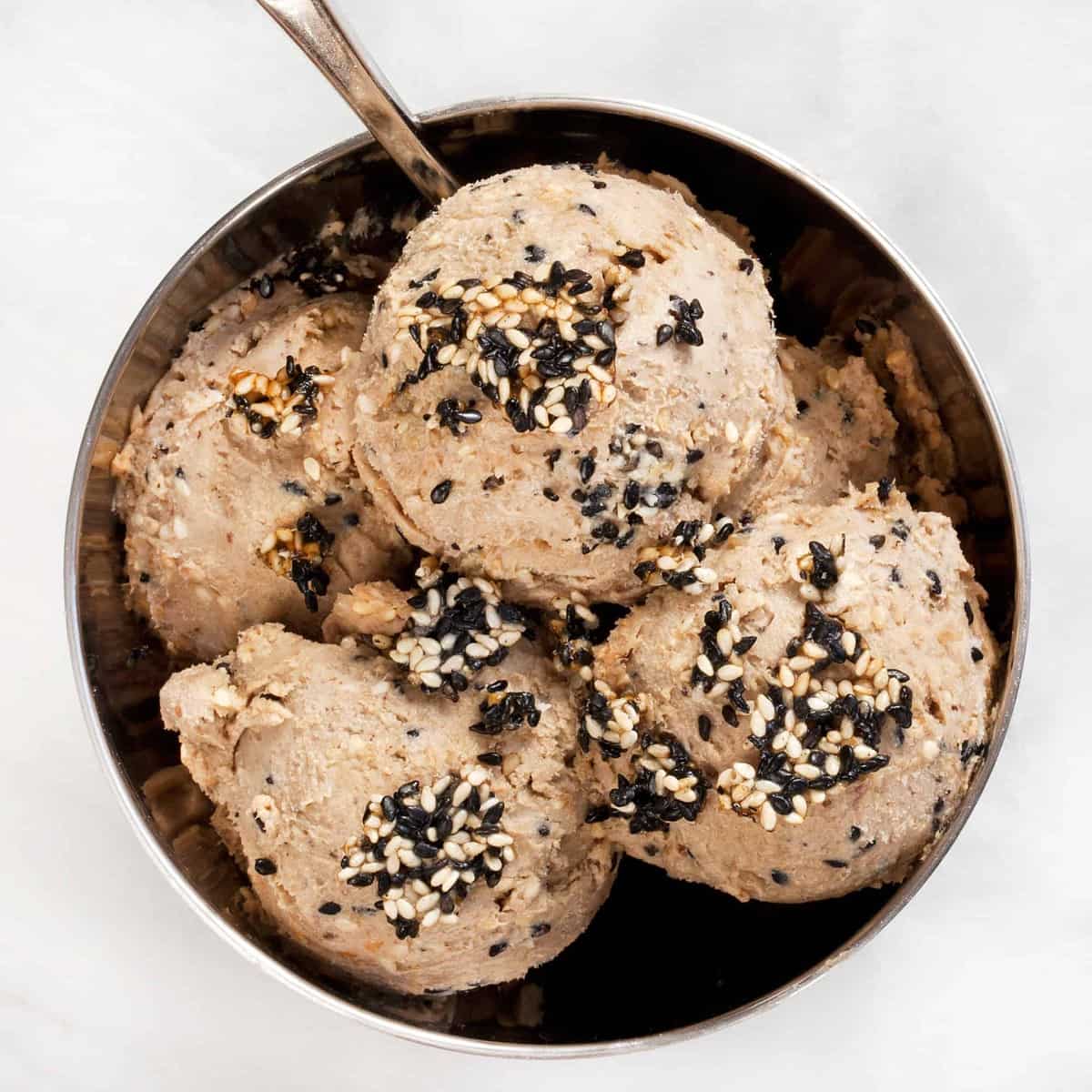