Pies come in two seasons. You have autumn with Thanksgiving apples and pumpkin. On the flip side, you have spring and summer with an overabundance of berries and stone fruit.

Often these pies come with double crusts or some sort of crumb base.

But not all pies are created equal. Some aren’t filled with beautiful produce. These pies are more decadent, filled with chocolate, custard or another sugar-based concoction.

You could consider them season-less, but served cold, I think fridge pies are best for the warmer months.

Just to be clear, fridge pies aren’t no-bake. You have to bake the crust, and sometimes you need to cook the filling on the stovetop.

These pies have to sit in the fridge to set. That’s the catch. You need to serve them chilled.

For the crust, I ground peanut butter sandwich cookies in the food processor with granulated sugar and melted butter until it had the consistency of wet sand.

I pressed the crumbs into a pie dish and put it in the freezer for about 15 minutes. This helped to avoid any crust sag during baking.

Once the crust cooled, I made the pudding on the stove. I whisked together sugar, egg yolks, milk, salt and cornstarch to thicken up this custard. Then I folded in a combination of chopped semisweet chocolate and milk chocolate.

If you’ve never heard of peanut butter in powder form, it is nuts that have most of the oils pressed out, and then they are pulverized into powder.

I use peanut butter powder in my smoothie every morning because it blends in so well. This was my first time trying it in dessert.

I poured the pudding into the pie shell and let it cool a bit at room temperature before moving it to the fridge to chill.

This milk chocolate peanut butter pudding pie needed something on top, so I made vanilla bean whipped cream.

I nearly covered the entire thing in whipped cream except for a ring of chocolate pudding peaking out next to the crust.

That first bite was an absolute dream. The pudding was creamy and cool with both milk chocolate and peanut butter to match the cookie crumb crust. 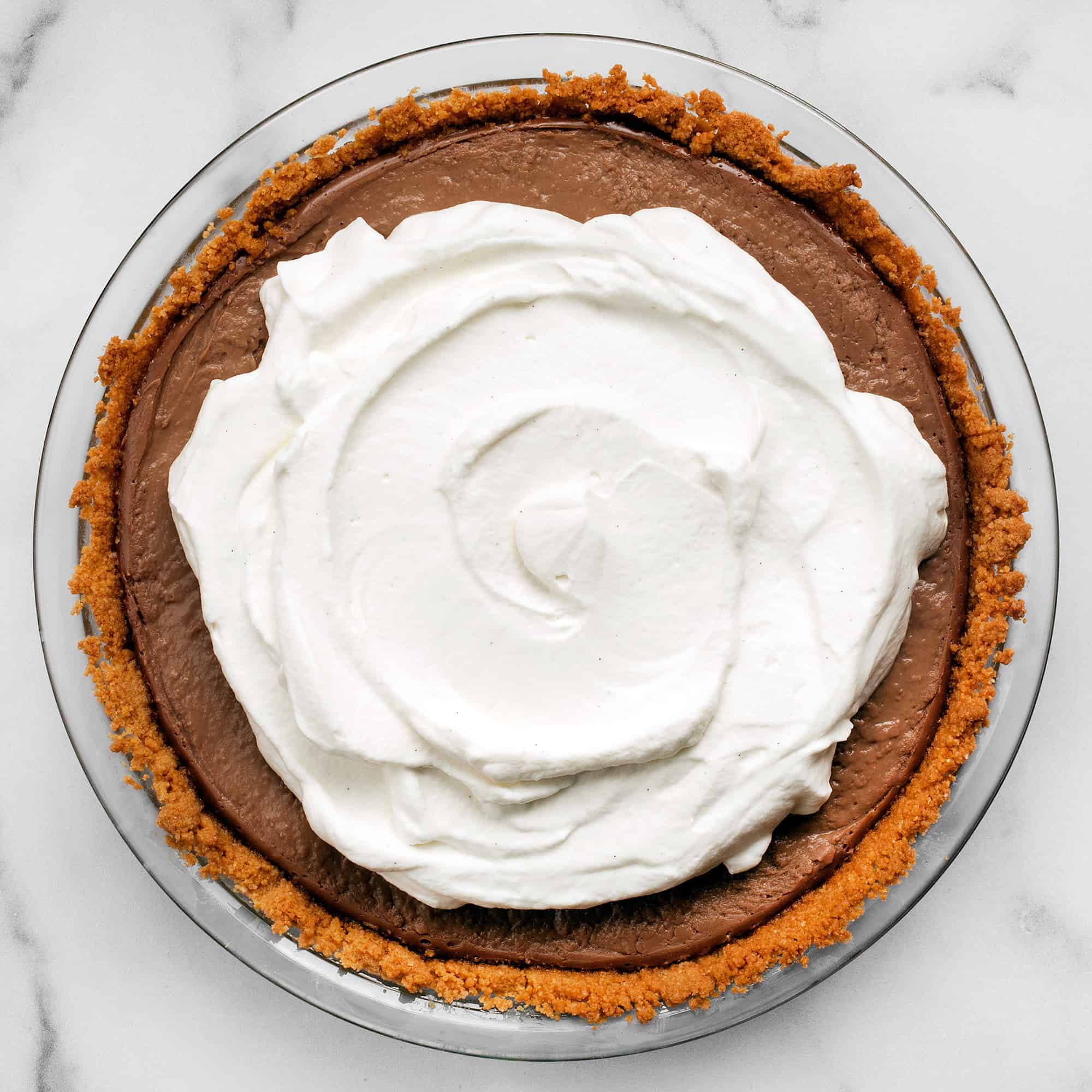