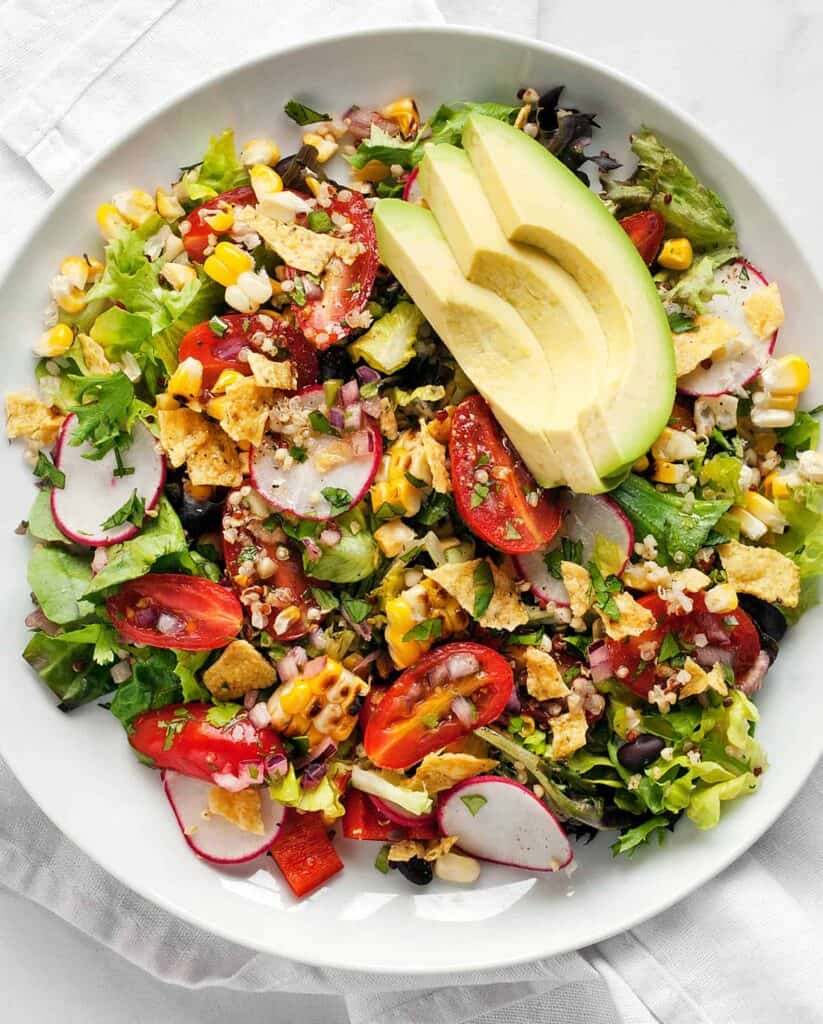 Looking for a way to use crumbled tortilla chips at the bottom of the bag? Try a quinoa taco salad with corn, black beans, peppers and cilantro vinaigrette.
Jump to Recipe

Looking for a way to use crumbled tortilla chips at the bottom of the bag? Try a quinoa taco salad with corn, black beans, peppers and cilantro vinaigrette.

There’s one thing that pretty much all the salads I’ve consumed in the last week or so have had in common—grilled corn.

I am obsessed going fully headfirst in this summer staple.

There are occasions when I will eat it on the cob, but most of the time I take my chef’s knife and slice those bright yellow kernels right off.

Then I keep a container of them in my fridge for salads and veggie scrambles with tomatoes.

As hard as I try, I still can’t convince my 6-year-old to try corn.

It seems like a more approachable vegetable than most for a kid especially when a cob is dressed with just the right amount of butter and flaky sea salt.

My strategy of explaining to him that the tortilla chips he loves so much are made from corn hasn’t worked.

He would rather stick to his snack food version.

Whenever I buy tortilla chips, they never last long at our house.

I admit I’m in on some of the snacking too.

Since we all find chips so irresistible, I don’t always put them on my regular shopping list.

Chips are just too tempting. I try to think of them more like a treat instead of part of my regular snack rotation.

Of course I miss those addictively salty, crunchy chips, but now when I have them they taste even better.

The other week we had a bag of tortilla chips to go with a bowl of grilled pineapple salsa.

How could I throw away the precious crumbs at the bottom of the bag?

I love a salad with toasted bread like a panzanella. Why not use the broken chips like croutons in a salad? They have such good crunch.

This quinoa taco salad has a Tex-Mex spin reminiscent of those giant taco shell bowls, but the ratios are different.

How To Make A Quinoa Taco Salad

The first step is to grill the corn. You can definitely do this a couple days in advance.

The same goes for the quinoa. I like keeping leftovers of different ingredients in my fridge just to add them to salads.

I seasoned the quinoa with a mix of cumin, paprika, salt and pepper.

Along with the greens, grilled corn and pico de gallo, I toss in black beans, diced bell peppers and either sliced or diced avocado.

The quinoa taco salad is finished with the crumbled tortilla chips and cilantro lime vinaigrette.

Looking for a way to use crumbled tortilla chips at the bottom of the bag? Try a quinoa taco salad with corn, black beans, peppers and cilantro vinaigrette.

The corn and quinoa can be made 2-3 days in advance and stored in airtight containers in the refrigerator. 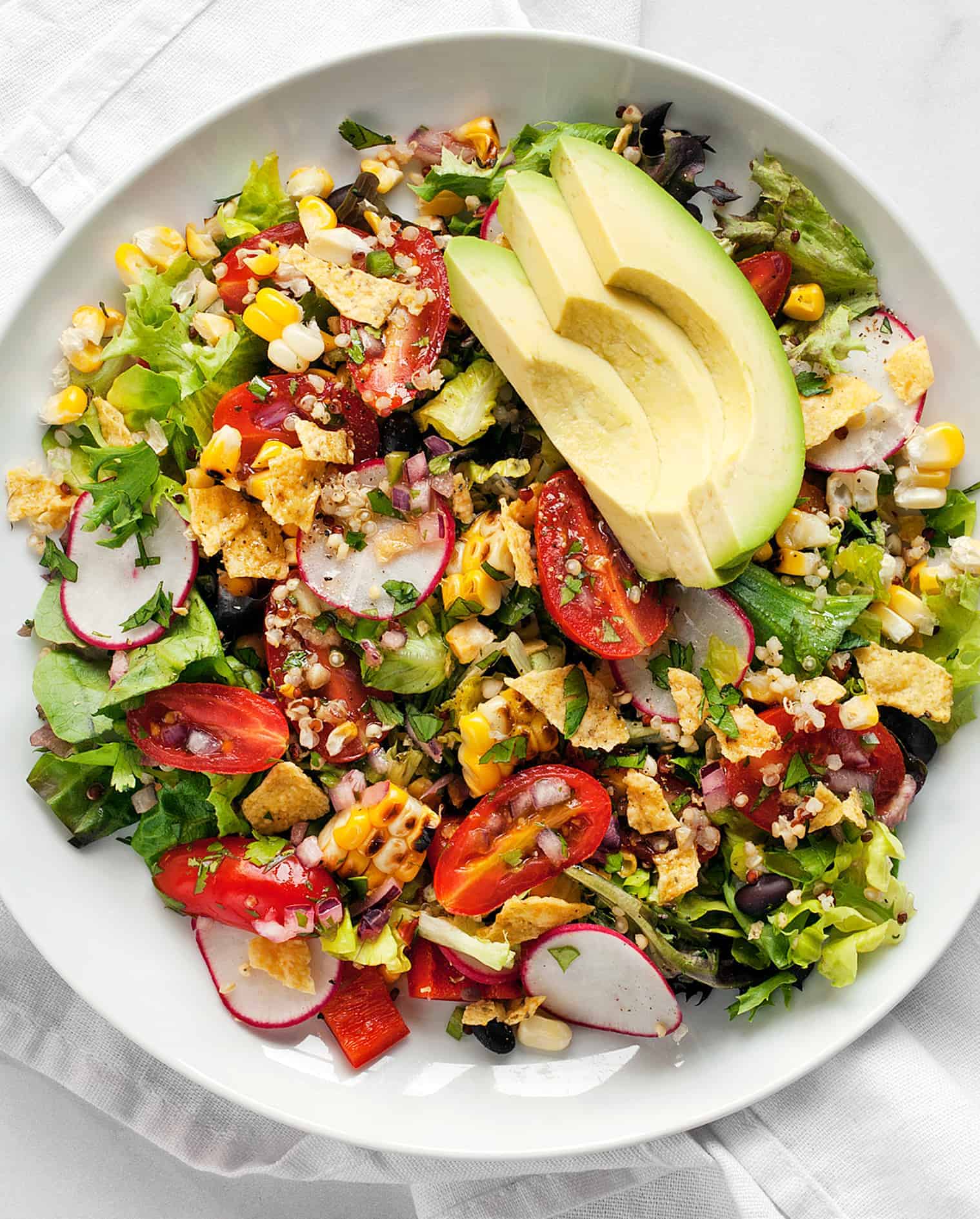