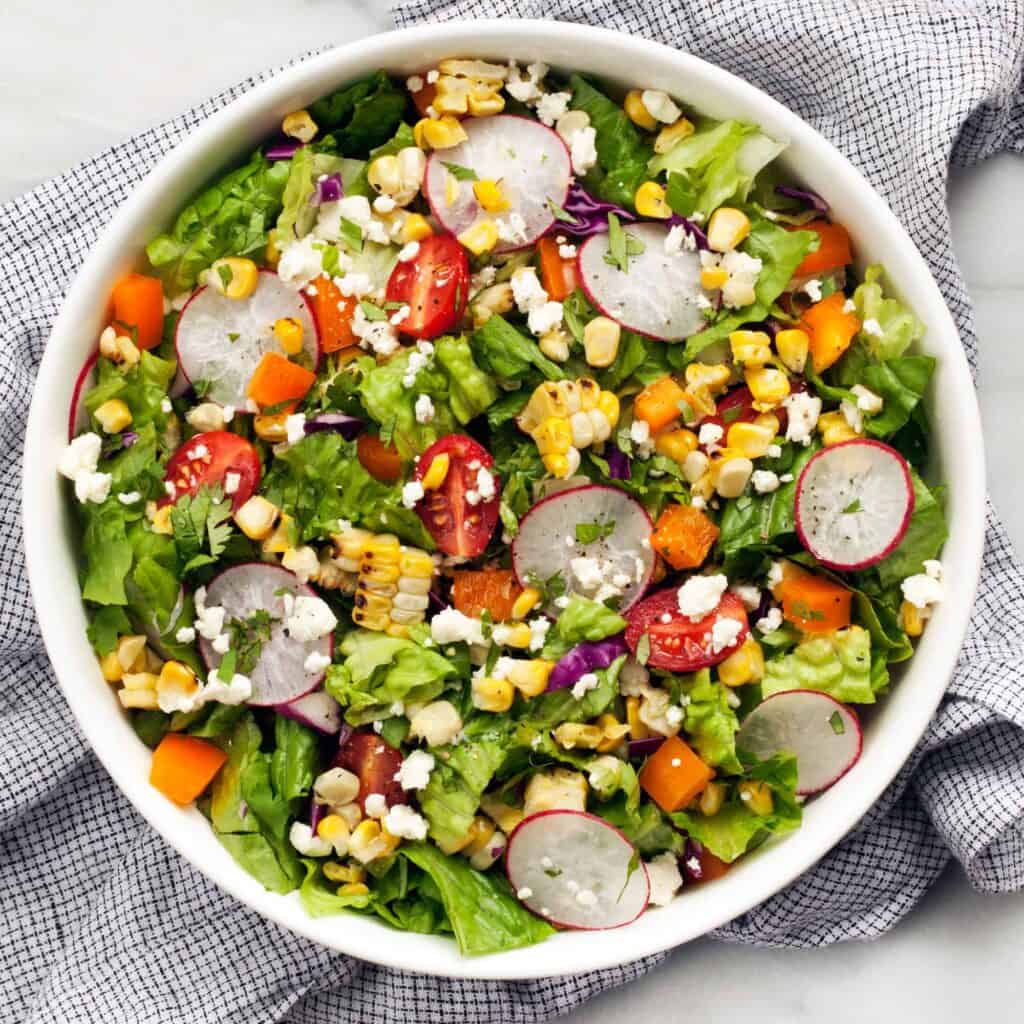 Grilled cumin-spiced corn adds so much flavor to this Mexican chopped salad with tomatoes, peppers, radishes and honey lime vinaigrette.
Jump to Recipe

Grilled cumin-spiced corn adds so much flavor to this Mexican chopped salad with tomatoes, peppers, radishes and honey lime vinaigrette.

Last Friday a group email popped into my inbox. A friend decided the last minute to host a casual weekend potluck.

These kind of spontaneous gatherings are one of the reasons why I love summer so much.

Everything is so easy breezy. It’s all about just eating good food and hanging out.

The moment I read that email my mind starting brainstorming. What would I make and take?

Of course I was already planning on bringing at least one item to contribute to the spread.

In the message the host let everyone know that fajitas would be the main feature of the night.

We were then asked to come with something from a list of supporting dishes to supplement those fajitas.

I replied back right away saying that I would take care of the salad and also a dessert—salted fudge brownies are always a crowd pleaser. They are my go-to potluck dessert. 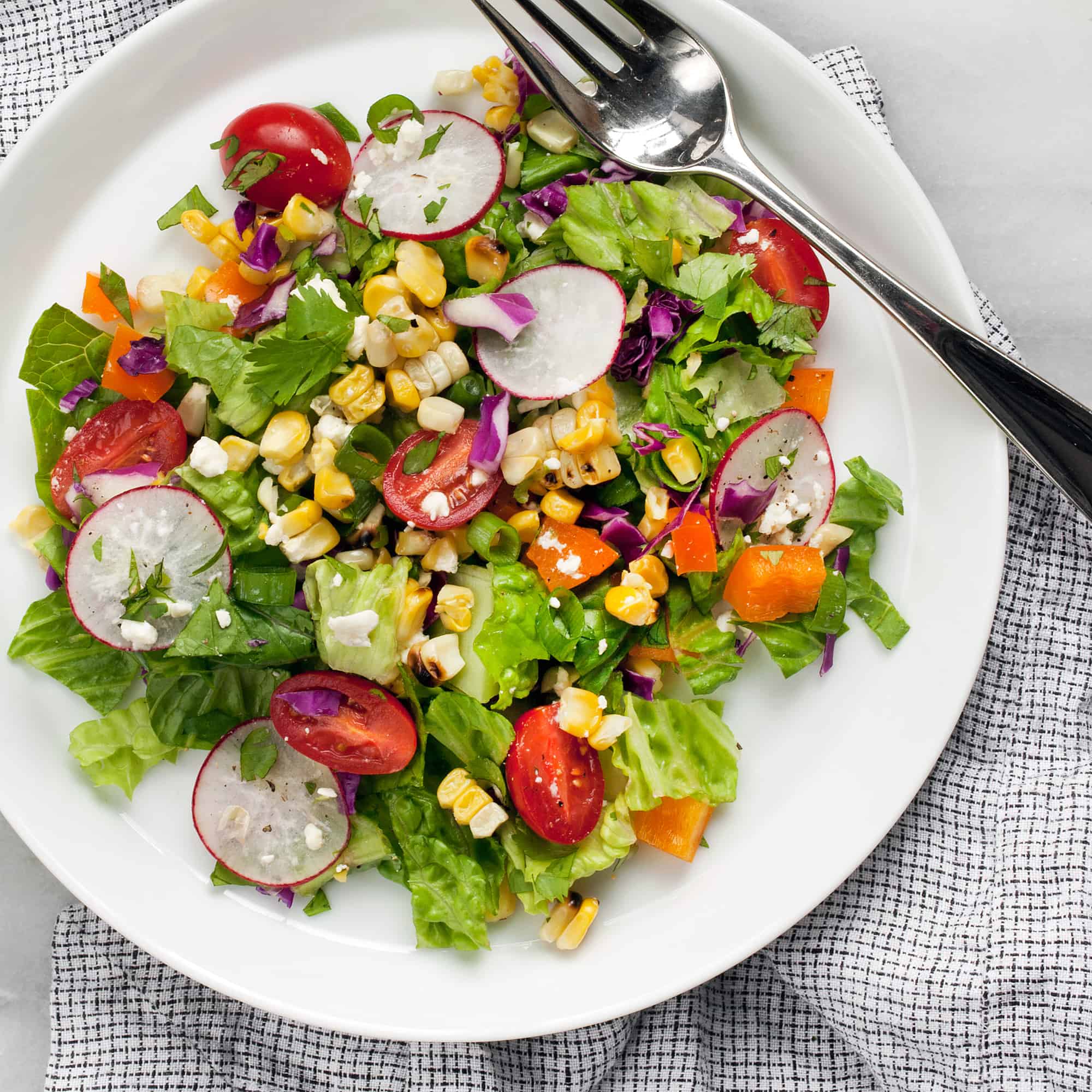 How To Make A Mexican Chopped Salad

Wanting to keep with the flavors of the fajitas, I made a Mexican chopped salad.

I absolutely love grilled corn mixed into greens. For a little more flavor, I rubbed these cobs with cumin, salt, pepper and olive oil.

Once the corn had finished grilling and was cool enough to handle, I sliced the kernels off the ears.

For the dressing, I whisked together a lime vinaigrette with a touch of honey.

Then in a big bowl, I combined chopped romaine and shredded cabbage for the base.

After that I folded in the corn along with scallions, cilantro peppers, halved cherry tomatoes and radishes.

Finally, I sprinkled the salad with crumbled Queso Fresco.

We had a great time that evening. It was the perfect summer get-together filled with fantastic food, conversation and summer fun.

And the Mexican chopped salad was the hit!

The night inspired me to host the next one. You can’t have too many summer barbecues, right?

Grilled cumin-spiced corn adds so much flavor to this Mexican chopped salad with tomatoes, peppers, radishes and honey lime vinaigrette.