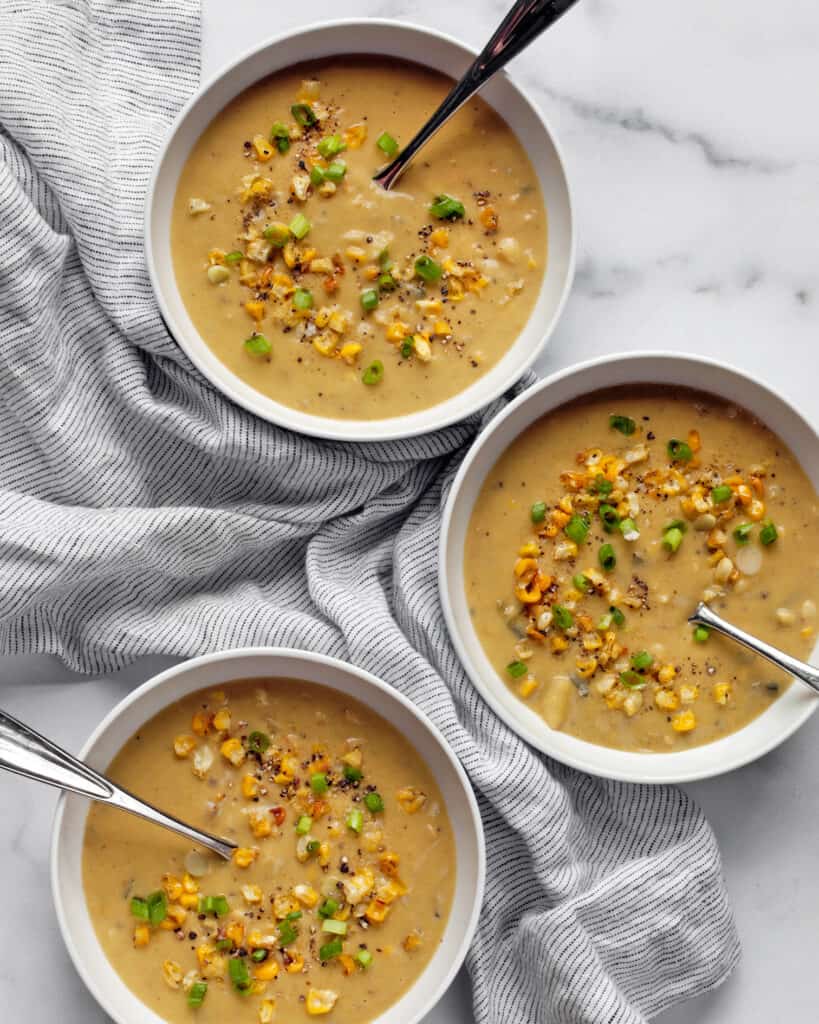 Thickened with potatoes and coconut milk, this vegan roasted poblano corn chowder is a smoky and spicy soup recipe that's hearty enough for a meal.
Jump to Recipe

Thickened with potatoes and coconut milk, this vegan roasted poblano corn chowder is a smoky and spicy soup recipe that’s hearty enough for a meal.

Every week that I still get corn in my fruit and veggie box or I see those husks lined up at the grocery store, I have an endless summer on the brain.

But then it hits me. This won’t last forever. That means I am trying to eat as much corn as I can before the season is over.

I absolutely love September because it is the best of everything from zucchini to peppers to tomatoes to corn. And nothing gets better than that!

Even just roasting a sheet pan of these vegetables gives me so much joy.

As we shift toward fall, one thing I am getting very excited about is soup. I’ve missed simmering a big pot of veggie soup on the stove and having lots of meals and leftovers without much effort.

With all this corn, I’ve been working on this corn chowder recipe for a while. It turns out smoky and spicy with poblano peppers.

This soup will give you all the feels that you might be craving post Labor Day when summer is unofficially over. This is the appropriate send off.

Yes. This Is A Vegan Corn Chowder.

Traditionally, corn chowder is thickened with a combination of butter and flour along with potatoes and milk or half-and-half.

For this soup, I use light coconut milk instead. And I puree about 75% of the soup in a blender once it has finished simmering. Both result in a thick hearty soup that doesn’t require using any dairy.

Why Roasting The Poblano Pepper And Corn Is A Must!

Lately, it’s become my thing to roast corn in the oven. The kernels end up caramelized and it really brings out their corny and buttery flavor—minus actual butter.

Roasting enhances the corn and peppers more than could ever happen just sautéing and simmering them in a pot of broth.

Also, you can roast the corn and the poblano pepper at the same time.

Can You Use Frozen Corn?

Yes. While slicing fresh corn off the cobs is always best, I know you might be craving this soup and you can’t find ears of corn.

If you use frozen corn, make sure to thaw it before you put it on the sheet pan to roast.

What To Serve With Corn Chowder

This soup is so lovely and creamy that I like having a hunk of crusty bread on the side to dunk into it.

The soup is very filling and definitely works as a main dish.

Try These Other Hearty Fall Soups

Thickened with potatoes and coconut milk, this vegan roasted poblano corn chowder is a smoky and spicy soup recipe that’s hearty enough for a meal.

You can use 3-1/2 cups canned or frozen corn kernels. Make sure to thaw the corn before roasting. 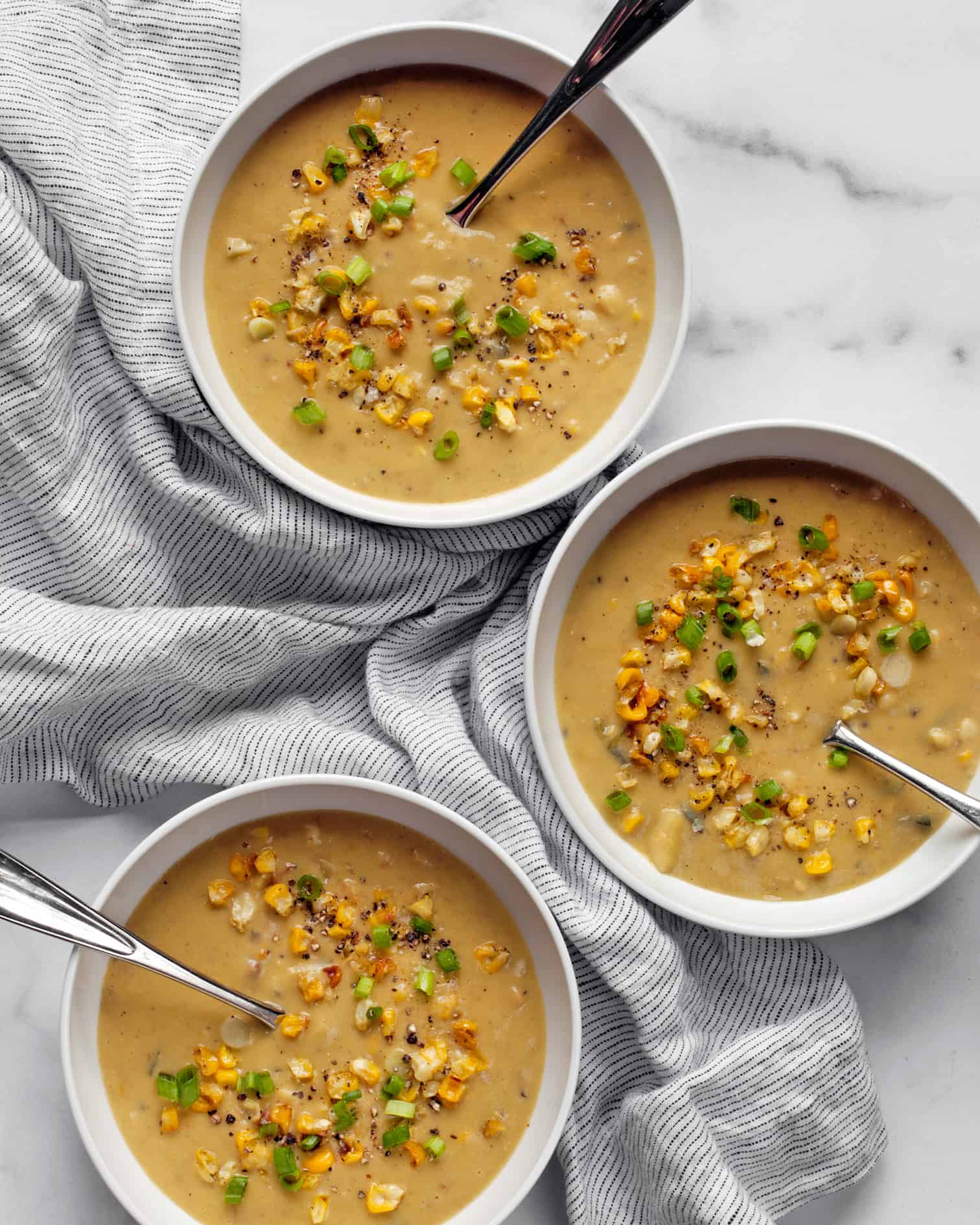