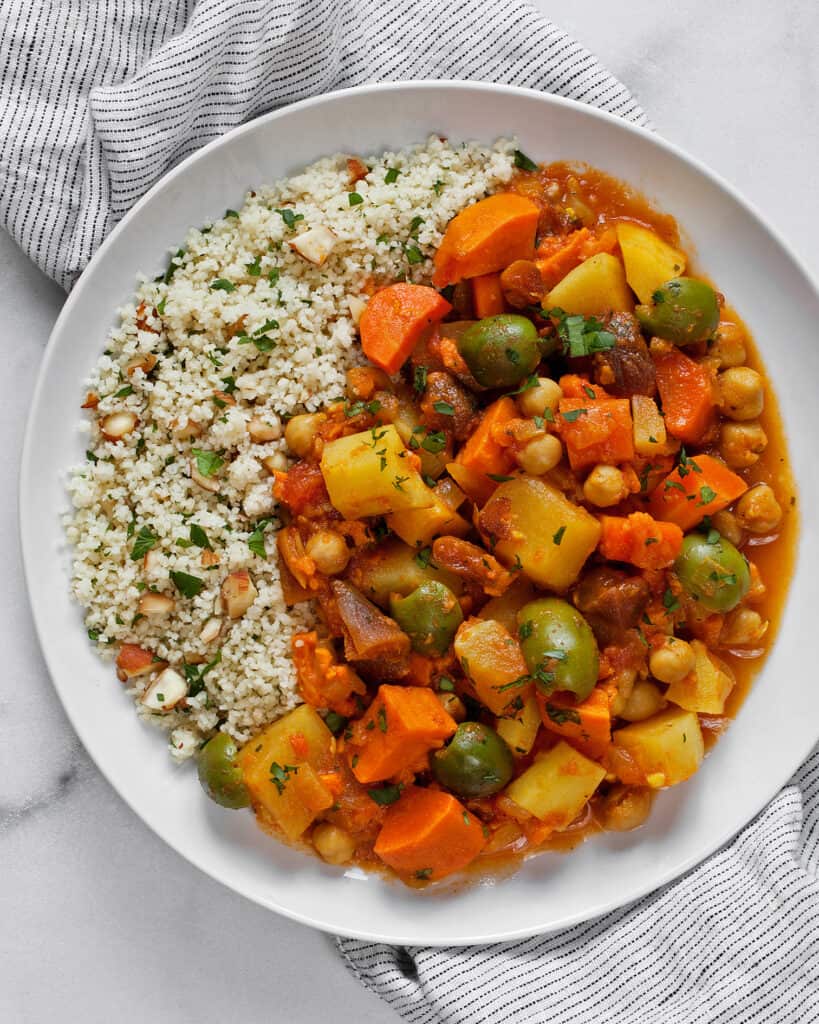 With a beautiful mix of Moroccan spices, this root vegetable tagine is a vegan stew filled with sweet potatoes, carrots, parsnips and turnips. It’s served with a lemony almond couscous.
Jump to Recipe

With a beautiful mix of Moroccan spices, this root vegetable tagine is a vegan stew filled with sweet potatoes, carrots, parsnips and turnips. It’s served with a lemony almond couscous.

During the fall and winter months, I go through a constant rotation of soups and stews. I say the more broths and veggies, the better. When I think of a stew, it has far less broth and a lot more vegetables. It’s to the point that it can be served in a bowl or even on a plate. And it always should be paired with something like rice or noodles to sop up all that goodness.

I open my spice drawer whenever I make my version of a vegetable tagine with root veggies. Grown underground, they are a humble, no-fuss family of produce that crop up in early fall and last throughout what seems like a never-ending winter. They are a great source of fiber and antioxidants.

What Is A Tagine?

The word tagine refers to both the recipe and the clay pot that it’s cooked in. Hailing from North Africa, a tagine is a tall funnel-shaped ceramic lid on top of a base. The stew simmers and steams while the condensation that forms inside drips back into the combination of vegetables, spices and broth. An ovenproof dutch oven will also work, which is what I always use.

Meats such as chicken, beef and lamb are also common in tagine recipes, but I think they are such a wonderful opportunity to stick with veggies.

But that’s not it. A tagine is fragrant with dried spices. Ras el hanout is an Arabic spice mixture found in Morocco where the blends are signature to each spice shop. This is where I take inspiration for the aromatics in this recipe.

To finish the tagine, I add chopped dried apricots for subtle sweetness and green olives for bites that are a little bit salty.

How To Make A Root Vegetable Tagine

This tagine part of this recipe makes it an easy one-pot meal, but I definitely would go ahead and make the couscous. It’s nutty and herby with parsley and almonds. If you would rather use a boxed couscous mix, you can do that too. Don’t skip this side!

Store leftovers in an airtight container in the refrigerator up to 4 days. You can freeze the tagine up to 1 month. The vegetables will probably break up when you reheat everything, but it will still taste good.

With a beautiful mix of Moroccan spices, this root vegetable tagine is a vegan stew filled with sweet potatoes, carrots, parsnips and turnips. It’s served with a lemony almond couscous.

Store leftover tagine in an airtight container in the refrigerator up to 4 days. Freeze up to 1 month. 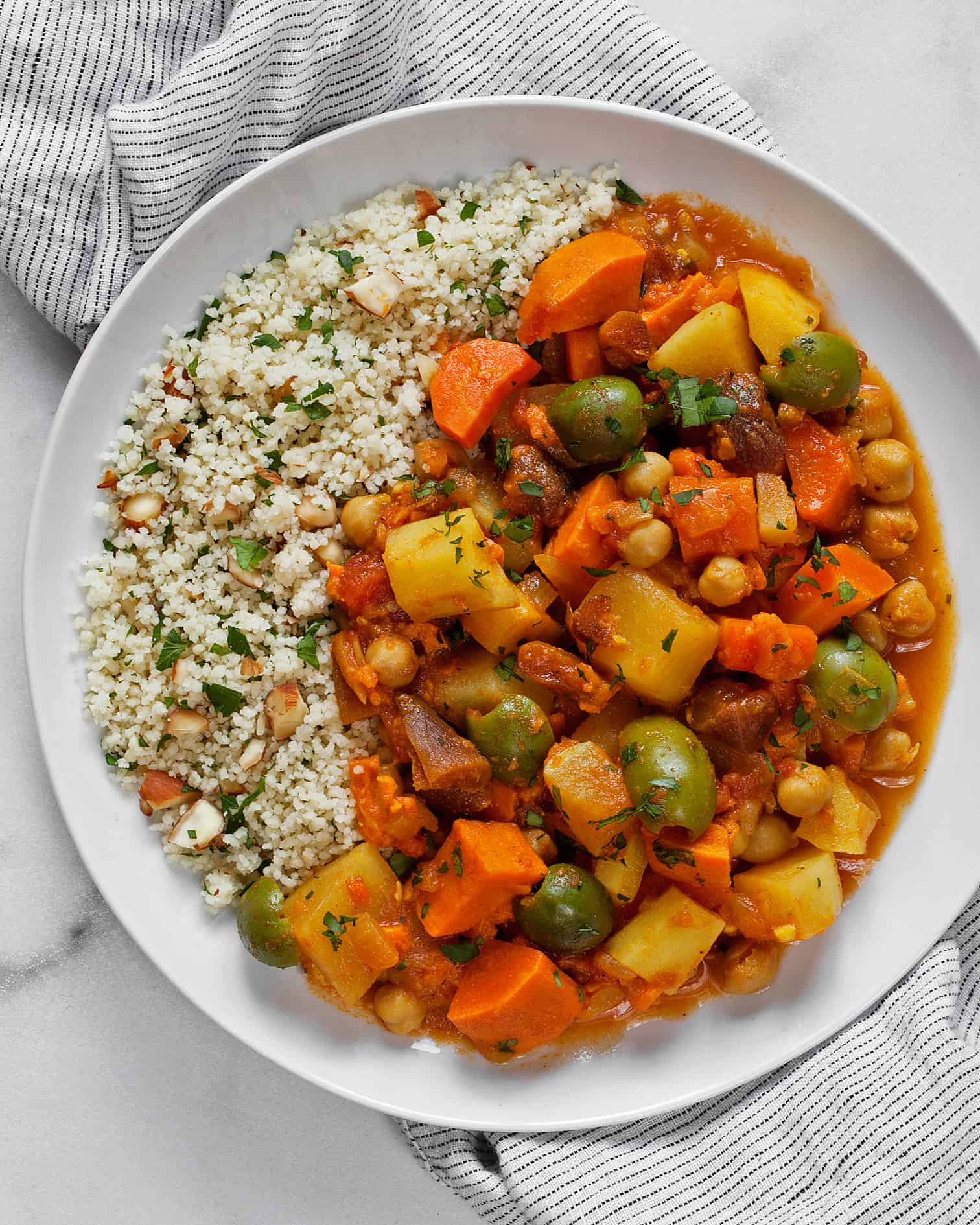