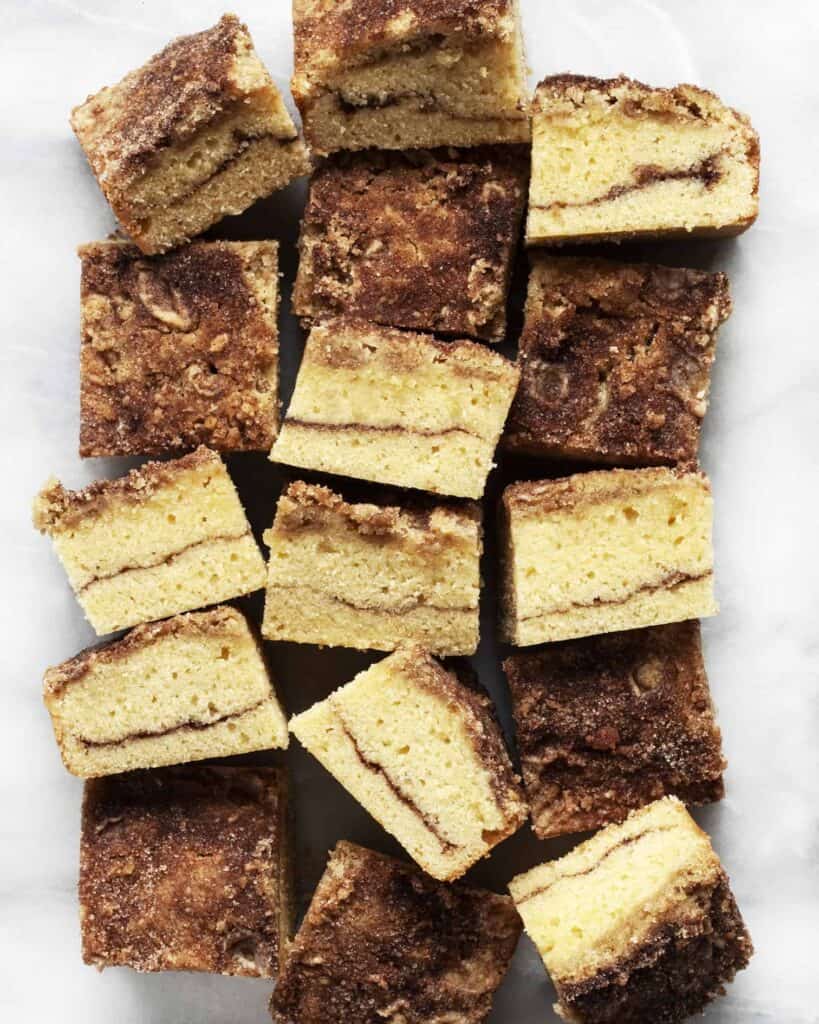 Not only do these easy snickerdoodle bars have a cinnamon crumbs topping, but they also have a layer of cinnamon sugar hiding in the center.
Jump to Recipe

Not only do these easy snickerdoodle bars have a cinnamon crumbs topping, but they also have a layer of cinnamon sugar hiding in the center.

School is in full-swing and so are all the extracurriculars and evening activities.

A couple weeks ago we had a parent night to welcome everyone back to school.

I got to the food sign-up early, so there was still an open slot for dessert.

Without thinking twice, I took it right away.

Ever health-conscious food blogger with a sweet tooth knows to never pass up an opportunity to bake and share.

I said I would bring brownies because that was a generic way of saying something shareable in a pan.

My contribution ended up being snickerdoodle bars.

Bar cookies are great because there’s no shaping or rolling required and  you can cut them smaller, so they go farther when feeding a crowd.

I could devour a plate of snickerdoodles anytime of the year, but everything with cinnamon just tastes even better during fall.

Not only did these bars have cinnamon crumbs on tops, but there also was a layer of cinnamon sugar going right through the center.

The recipe says it makes 16 bars, but I ended up cutting them into 32 rectangles, so they were easier for everyone to nibble on as they chatted and caught up with each other.

Not only do these easy snickerdoodle bars have a cinnamon crumbs topping, but they also have a layer of cinnamon sugar hiding in the center. 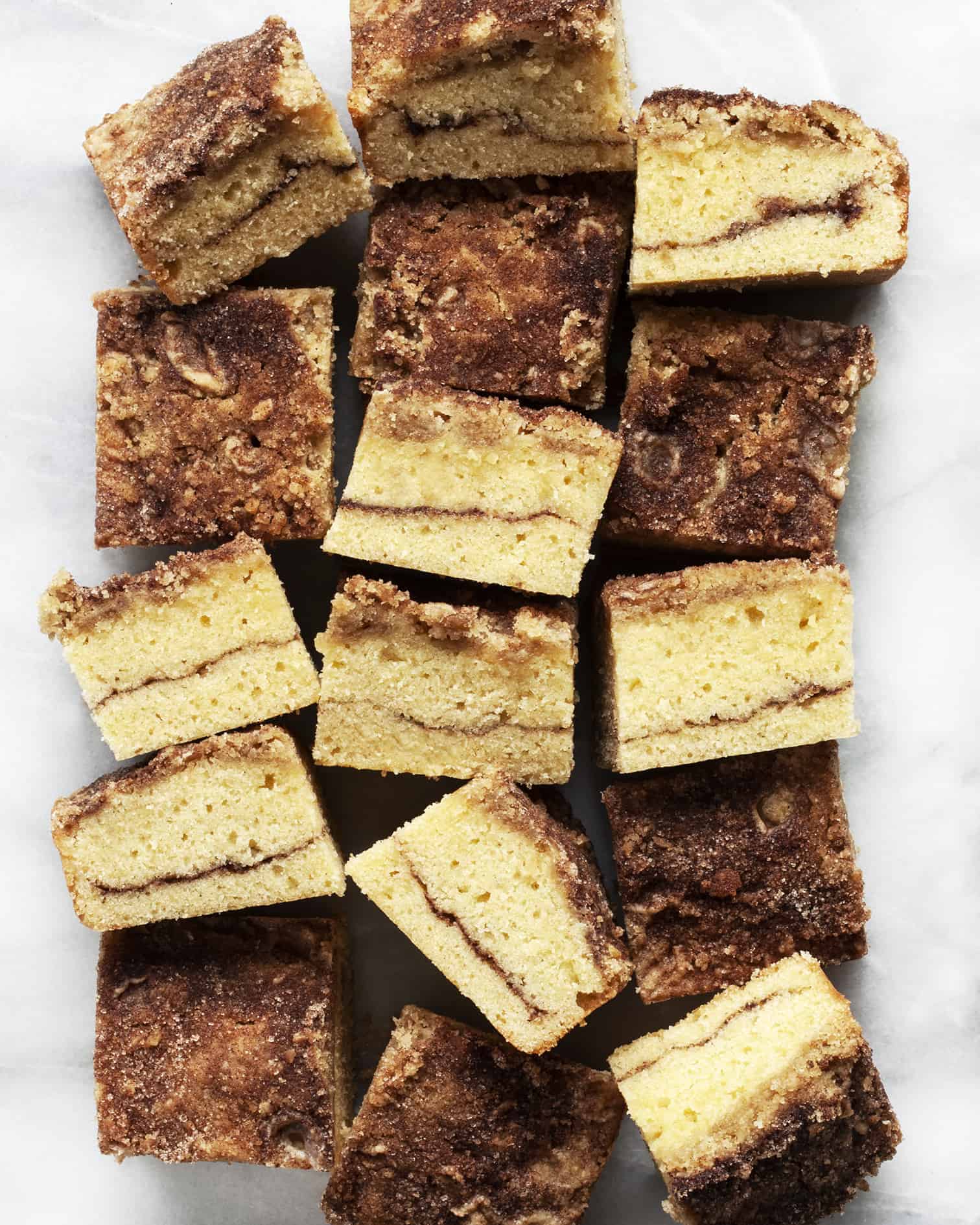