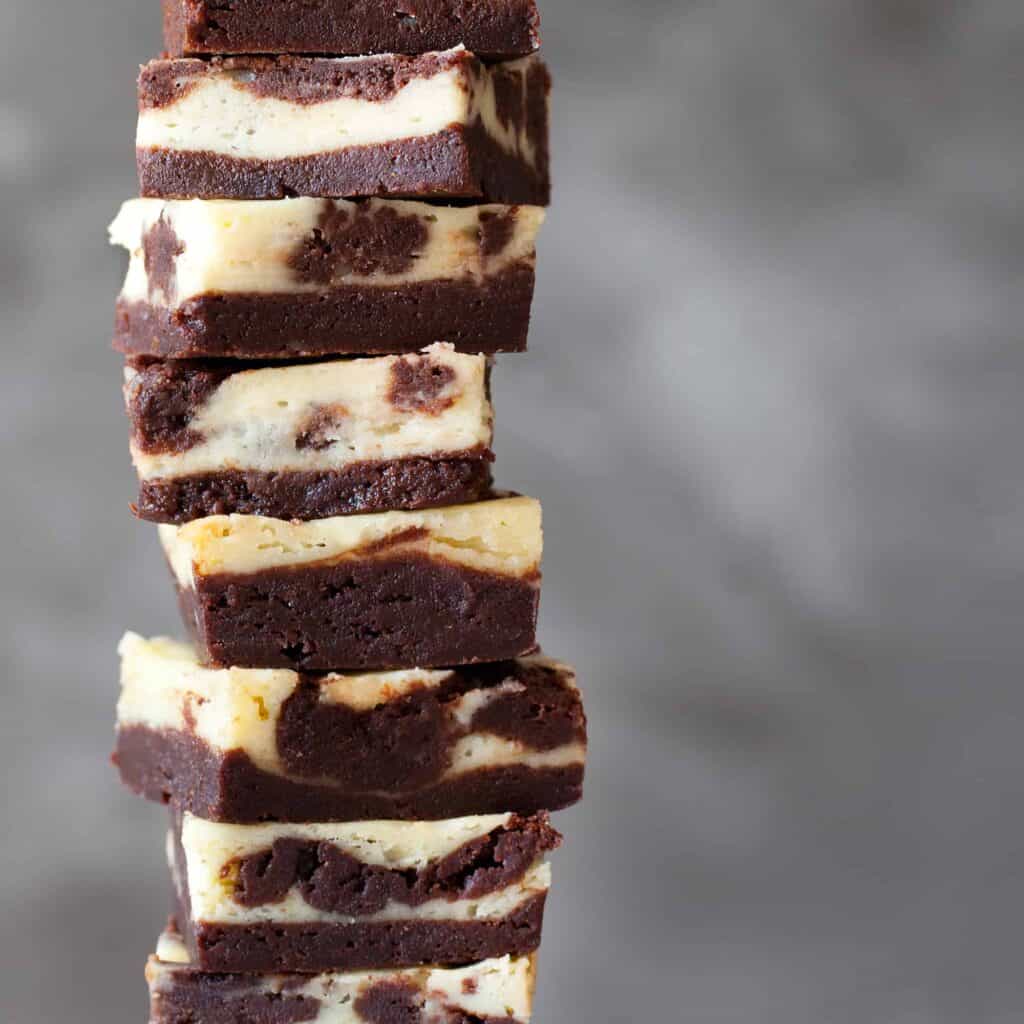 Rich and fudgy chocolate balances tangy bites of cheesecake in these cream cheese swirl brownies with a marbled top.
Jump to Recipe

Rich and fudgy chocolate balances tangy bites of cheesecake in these cream cheese swirl brownies with a marbled top.

After being married to J. for nearly 7 years, I thought I knew all his favorite things to eat especially because food and cooking are such a big part of our lives.

That’s why I was taken by surprise a couple months ago when I found out he loves cheesecake.

I can’t remember the context of the conversation or why we were talking cheesecake, and J. was very nonchalant about it.

A passion for sweets is something we share, but no matter restaurant dessert or homemade creation, chocolate is the default selection.

I suppose I should have known about J.’s thing for cheesecake.

Wanting to bake a dessert that combined our affection for chocolate with my new discovery about J.’s taste, I baked a batch of cream cheese brownies.

Unlike a pan of standard brownies, the marbled top gave these bars a more formal look.

While no substitute for full-fledged cheesecake, these brownies certainly ticked a couple boxes.

Cheesecake is now on my to-bake list, and I know J. is anxiously awaiting a slice.

Rich and fudgy chocolate balances tangy bites of cheesecake in these cream cheese swirl brownies with a marbled top.

Adapted from Joy of Baking 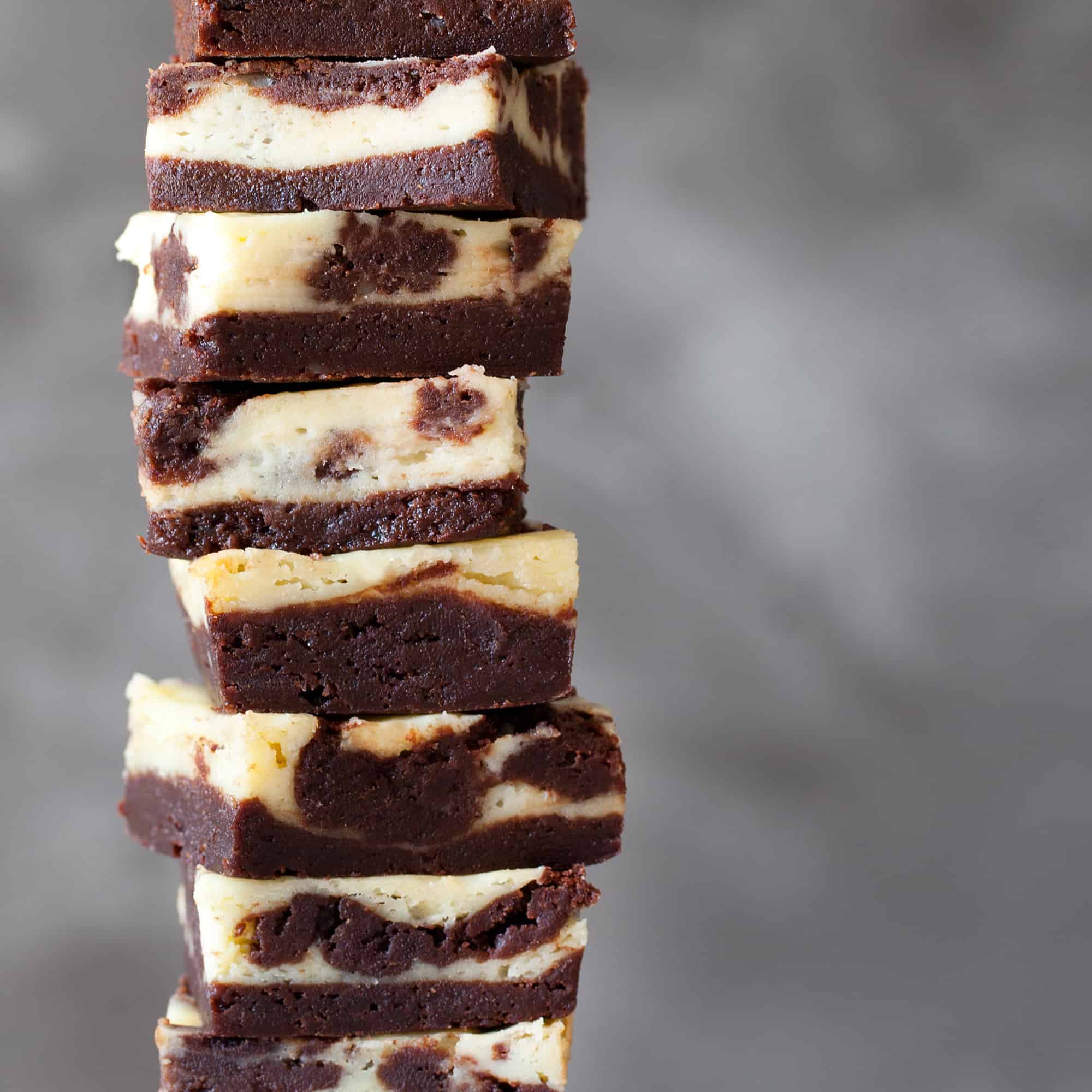