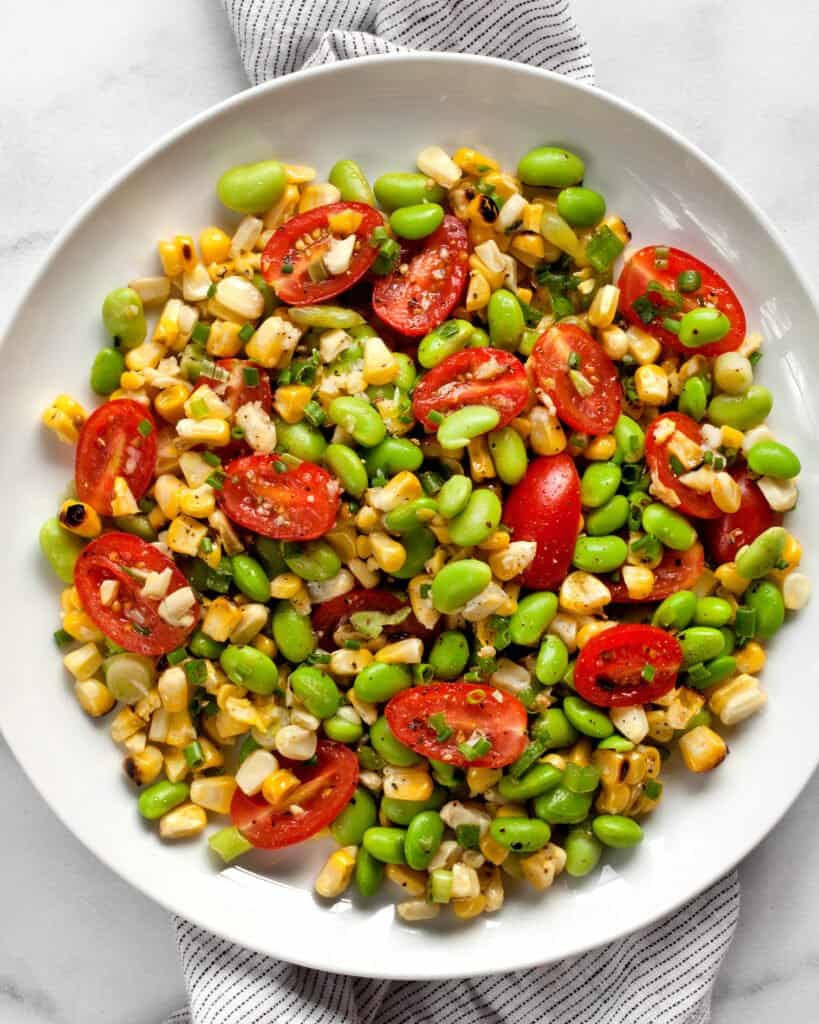 Taking inspiration from classic corn succotash, this grilled corn version has a vibrant mix of halved ripe tomatoes, edamame instead of lima beans, and lots of scallions and chives.
Jump to Recipe

Taking inspiration from classic corn succotash, this grilled corn version has a vibrant mix of halved ripe tomatoes, edamame instead of lima beans, and lots of scallions and chives.

And so it begins, my annual quest to consume as many pints of tomatoes and ears of corn as I can while they are in season and at their best. To call it a challenge would be a complete exaggeration. From main dishes to salads and more, I am all about tomatoes and corn.

Side dishes are one of the most common ways you see corn served, but I like to take those expected recipes and put a twist on them. That includes this grilled sweet corn succotash.

It has a combination of cooked and raw ingredients that all work together to create something that is so saturated in color, you really can’t stop looking at it. And more importantly, it tastes pretty fantastic too.

Tracing its origins back to 17th century Native Americans, succotash was originally made from corn, beans and squash. Depending on the season, the corn and beans would either be fresh or dried, and the squash variety would change too.

The word succotash is a mispronunciation by European colonists of “msickquatash,” a dish made by the Narragansett Indians that involved boiling corn. Since then, regional varieties of succotash have spread from the Northeast to the Midwest to the South, but they always have a base of beans and corn.

At its essence, you can think of most corn succotash recipes like a vegetable stew, but they’re served as a side instead of a main. And you may say my version completely breaks the rules; however, the roots of succotash are in adding ingredients that are in season to create an interesting dish with what you have, so my inspiration should be pretty obvious.

Often you will find succotash starts with rendering bacon in a pan. No surprise, I skip the protein in the skillet and keep it vegan putting all the focus on the vegetables and legumes like corn, edamame and tomatoes.

How To Make Grilled Corn Succotash

Making succotash with grilled corn is wonderful for a simmer side dish. It is incredibly versatile and can go with all sorts of mains like chicken and fish or ones that are vegetarian.

You can even chill it in the fridge, and mix the succotash with baby arugula or spinach to create a salad with a splash of red wine vinegar.

If you have leftovers, store them in an airtight container in the fridge up to 3 days.

Taking inspiration from classic corn succotash, this grilled corn version has a vibrant mix of halved ripe tomatoes, edamame instead of lima beans, and lots of scallions and chives. 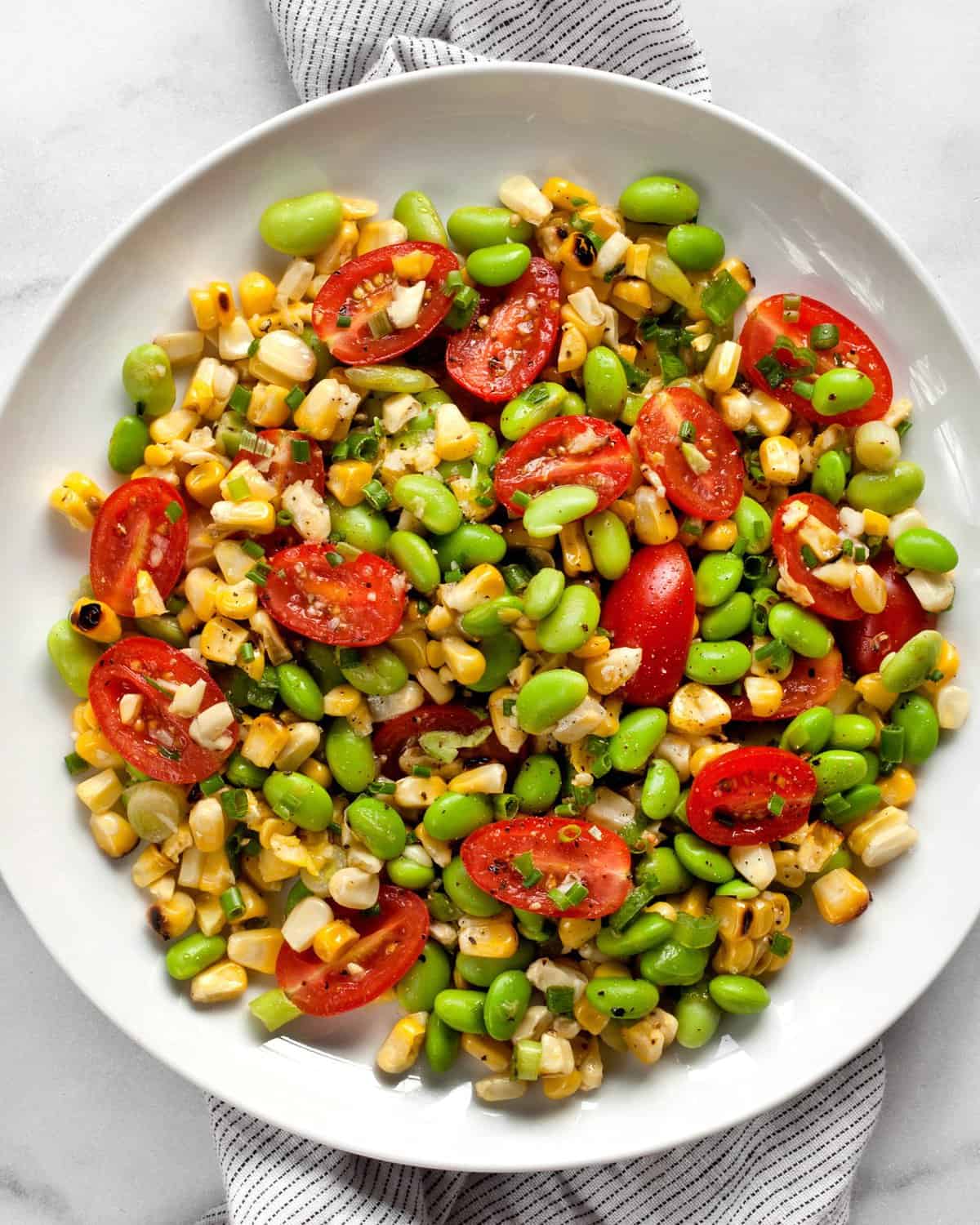