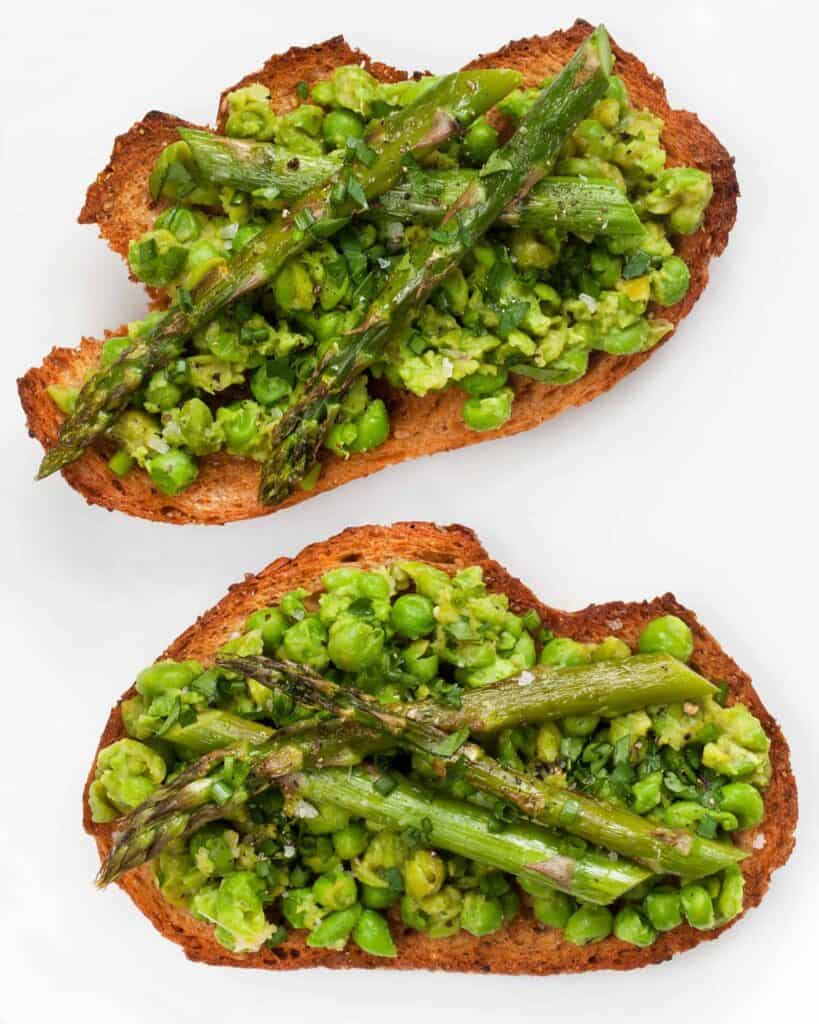 With lightly roasted asparagus and peas mashed with garlic and lemon juice, these simple and zesty smashed pea asparagus tartines are spring on toast.
Jump to Recipe

With lightly roasted asparagus and peas mashed with garlic and lemon juice, these simple and zesty smashed pea asparagus tartines are spring on toast.

I’m losing my patience waiting for it to actually feel like spring.

The transition from winter to spring might be the most ugly and blah time of the year. I know that sounds pretty harsh.

When the leaves fall off the trees toward the end of autumn and the beginning of winter, there is the anticipation of the holidays and the first snowfall.

After the New Year, it’s a total slog to spring. Everything outside looks a bit dull, lifeless and an overall shade of brown.

Since I can’t see the green I crave outside, I am eating it instead. I think I’m most excited for warmer weather because that means more veggies will be in season. And these vegetables require less cook time and prep.

They can be left raw and simply dressed. Or they can be lightly roasted or grilled.

I bought a loaf of 9-grain bread with only a vague plan of what to do with it, but I knew it would involve somehow turning it green.

I switched on the oven and drizzled slices of that whole grain bread with olive oil and baked them until they were toasty.

Right next to the bread on the sheet pan, I tossed asparagus with olive oil, salt and pepper and roasted the spears until they were bright but still had snap.

I love doing a multi-roast on a single pan!

When the bread was nice and crisp, I rubbed both sides with a peeled garlic clove. Then I minced that clove.

Using a fork, I mashed peas with the garlic and lemon juice.

I spooned the peas onto the toasted bread. The asparagus was a bit long, so I halved the stalks. It also made them much easier to eat.

To finish off these smashed pea asparagus tartines, I sprinkled on flaky sea salt and pepper.

Then I added chopped parsley and chives. The more herby fresh ingredients, the better!

With lightly roasted asparagus and peas mashed with garlic and lemon juice, these simple and zesty smashed pea asparagus tartines are spring on toast. 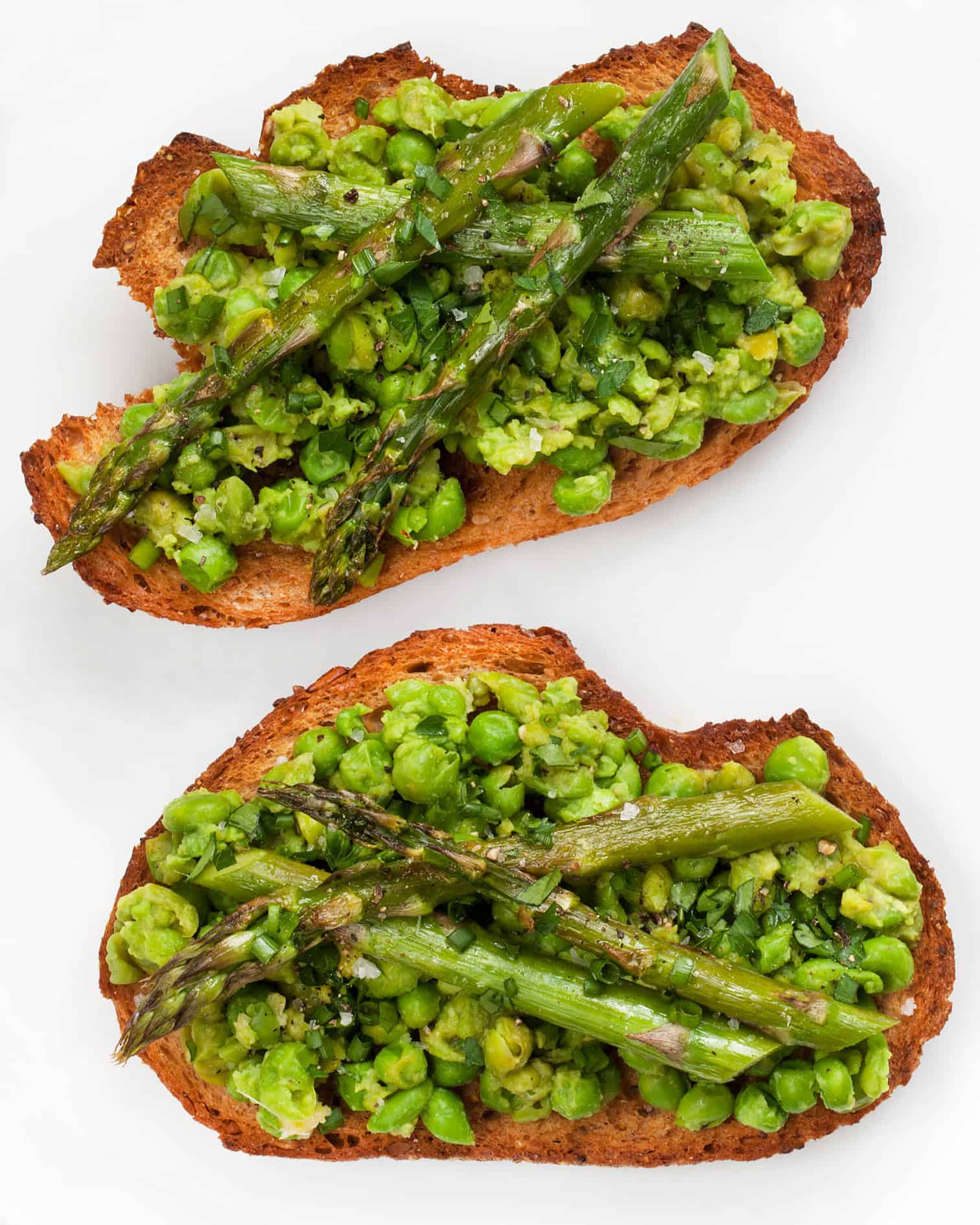