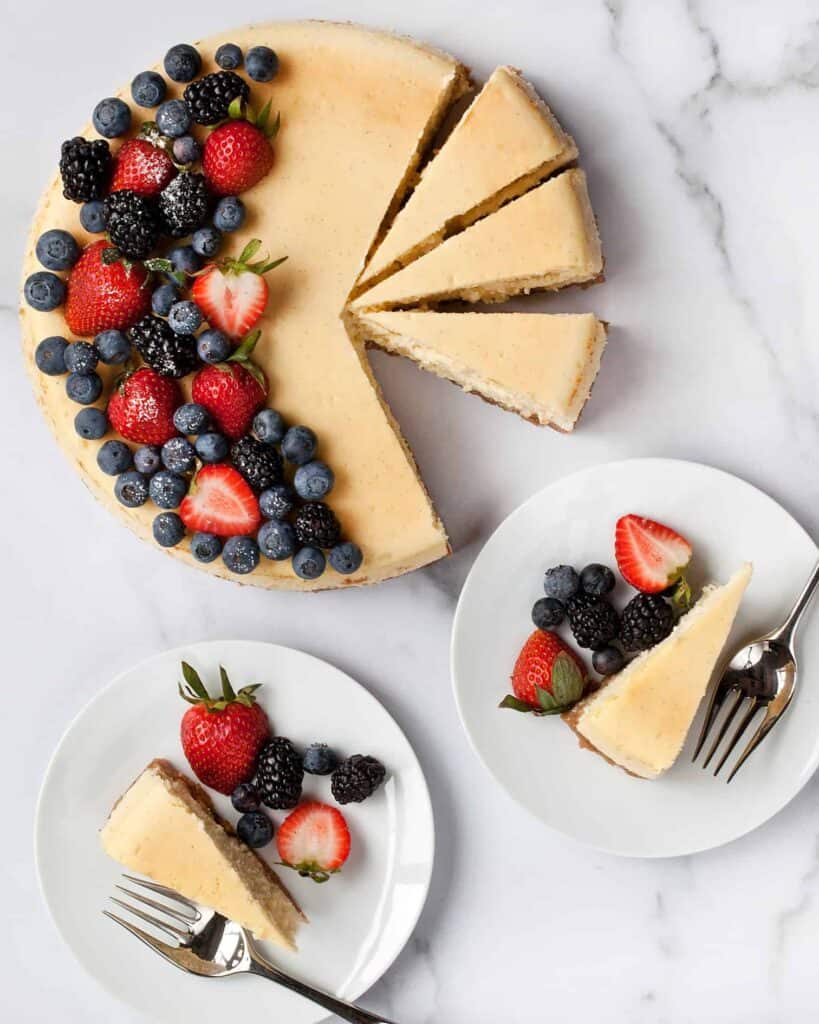 Not an actual vanilla pod with seeds, but a spoonful of vanilla bean paste flavors this vanilla bean cheesecake giving it those signature tiny bean specs.
Jump to Recipe

Not an actual vanilla pod with seeds, but a spoonful of vanilla bean paste flavors this vanilla bean cheesecake giving it those signature tiny bean specs.

And you have to get over any fears of the cake cracking. If it happens, you can always disguise it with a mound of strategically placed berries.

The base is a very straightforward graham cracker crumb crust that can be made in a food processor in minutes.

The filling isn’t much trickier either. It is a beautifully silky whipped mixture of cream cheese, sour cream, eggs, lemon juice, salt and vanilla bean paste.

When I decided to bake a cheesecake, I brainstormed flavors, but then eventually settled on keeping it plain.

Calling it a plain cheesecake doesn’t seem right. It’s a vanilla bean cheesecake. Too often, vanilla doesn’t get the credit it deserves.

There is something fussy and inefficient using actual vanilla beans, slicing them and scraping out the seeds.

All this cheesecake needs is a tablespoon of vanilla bean paste, which somewhere in between extract and beans in their pod.

The cheesecake bakes in the oven for an hour and a half placed inside a large roasting pan with hot water going halfway up the sides of the pan. It is all about gentle baking.

When the cheesecake is set, you switch off the oven, and the waiting begins.

A cheesecake must cool gradually to avoid those unwanted cracks. After an hour or two in the oven, you can move the cake to room temperature, and then after that to the fridge for the final chill.

My husband is a big fan of cheesecake, which always surprises me since he is normally a chocolate first dessert person.

But I agree there is something about those fluffy, tangy, chilled bites of cheesecake!

Not an actual vanilla pod with seeds, but a spoonful of vanilla bean paste flavors this vanilla bean cheesecake giving it those signature tiny bean specs.

Adapted from Flour by Joanne Chang 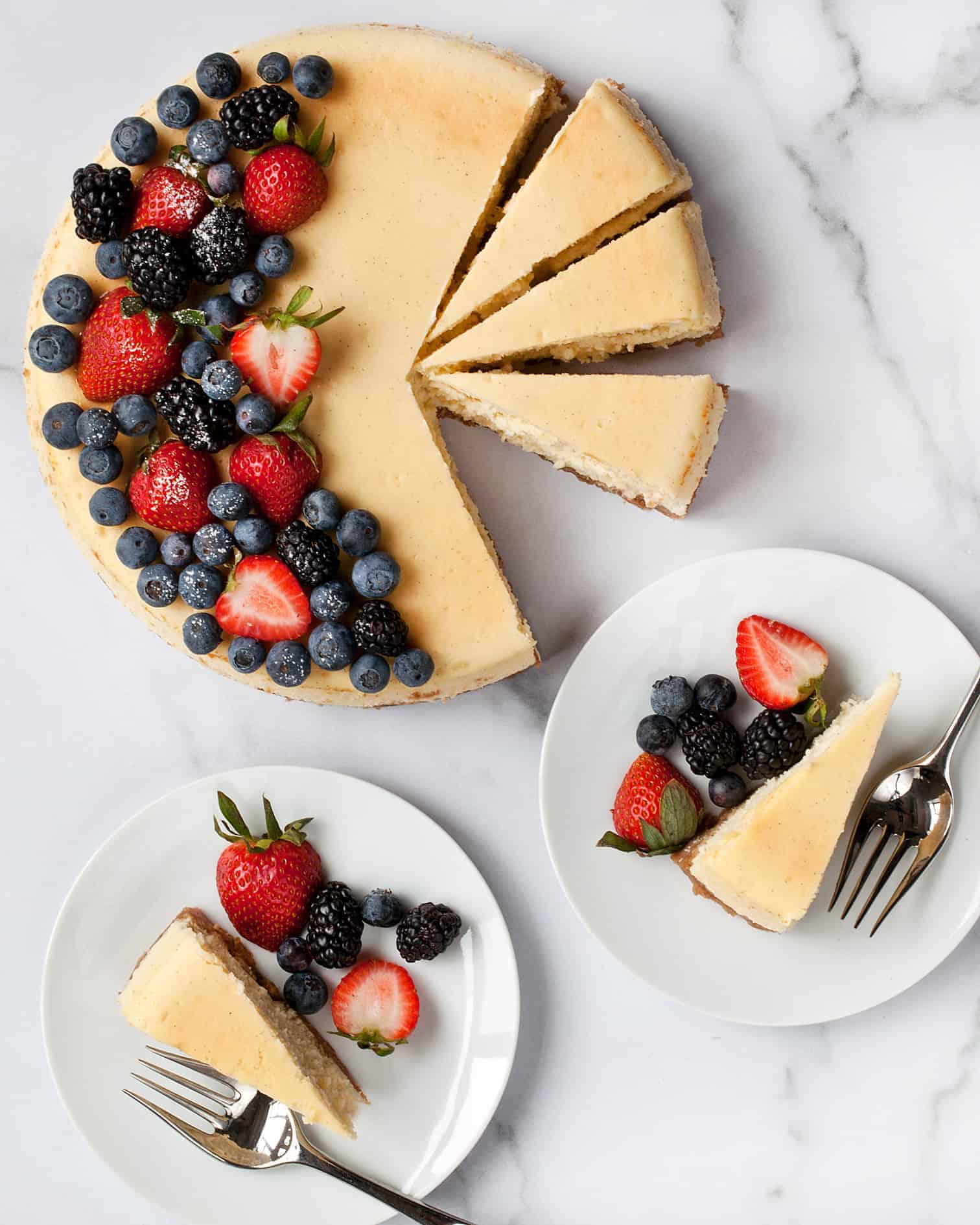