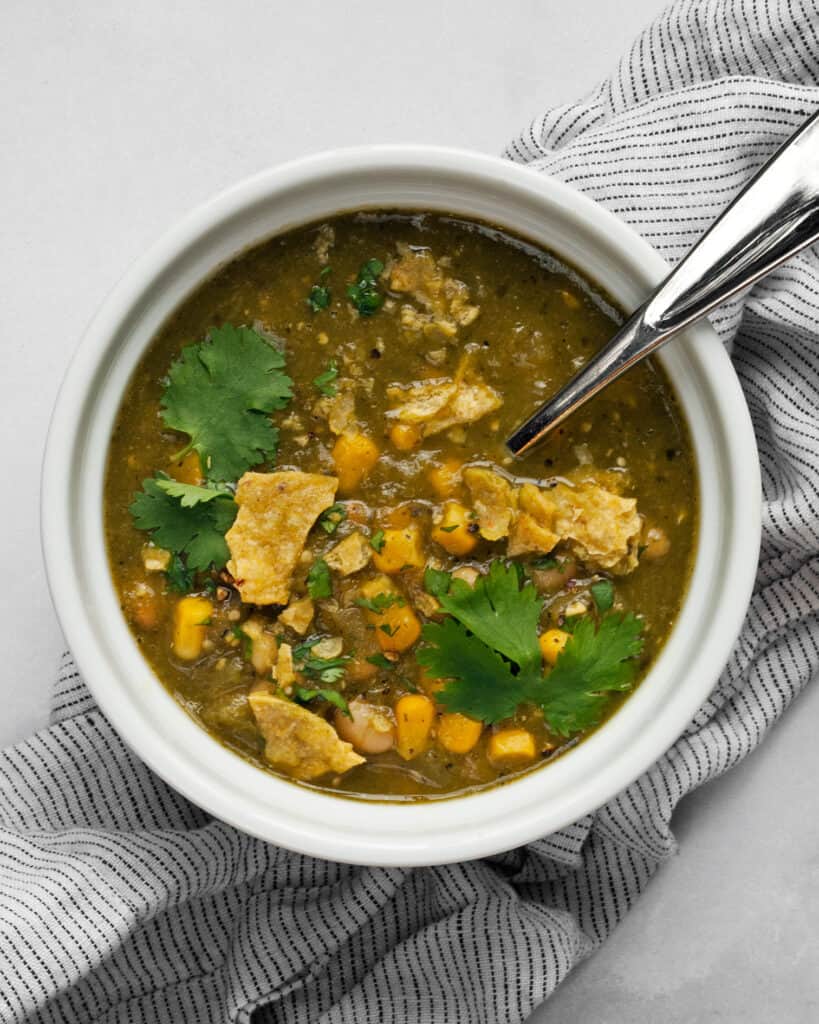 With white beans and corn, this vegan chile verde is a spicy stew that’s a blend of tomatillos, poblano peppers, jalapenos, cilantro and lime.
Jump to Recipe

With white beans and corn, this vegan chile verde is a spicy stew that’s a blend of tomatillos, poblano peppers, jalapenos, cilantro and lime. Most of the cooking happens under the broiler in the oven.

As my fingers type, I am wearing a hat and scarf, but I’m not outside. Even though I’m at the comfort of my desk, I am feeling the chill inside. We never crank up the heat at our house. Instead we bundle up, and I make lots of soup. Don’t ask me why, but it’s become a game to see if we can get to Thanksgiving without switching on the heat.

When it comes to these edible pots of warmth, the heartier and spicier the better. Give me pastes like harissa and spices like red pepper flakes, and I am good to go. But for this chile verde, it’s different because the heat comes from a combination of poblano peppers and jalapenos.

And the most important part of cooking this stew happens on a sheet pan under the broiler in the oven and not on the stovetop like most soups. The final result is broth with incredible smoky flavor.

What Is Chile Verde?

Traditionally chile verde is a Mexican stew where chunks of pork are simmered in a spicy tomatillo sauce. In some variations you see it made with chicken. But in this version, I go vegan and add white beans for the protein.

Because I use beans instead of pork or chicken, I change the order of the steps to make a typical chile verde recipe. Since there is no protein to sear, I get right to making the stew and add the beans along with corn to simmer toward the end of cooking, so everything is warmed through.

This is what you need for the recipe:

How To Make Chile Verde with Beans

If you have a high tolerance for heat, when you peel and prep the roasted jalapenos, you can leave some of the seeds and ribs. They puree in the blender and leave behind an added kick.

You can enjoy chile verde paired with corn chips or warm tortillas. If you want something more filling, you can make veggie quesadillas or even tacos. In that case, you could think of the soup as a side dish and serve it in a cup or mug instead of in a full bowl.

The soup can be stored in the fridge in a container up to 5 days. To have it last up to a month, go ahead and freeze it. As always, I suggest freezing the soup in portions, so leftovers are easier to thaw and serve.

With white beans and corn, this vegan chile verde is a spicy stew that’s a blend of tomatillos, poblano peppers, jalapenos, cilantro and lime. Most of the cooking happens under the broiler in the oven.

If you want the chile verde to turn out spicier, leave some of the seeds and ribs on the jalapenos.

The soup can be stored in an airtight container in the refrigerator up to 5 days and in the freezer up to 1 month. 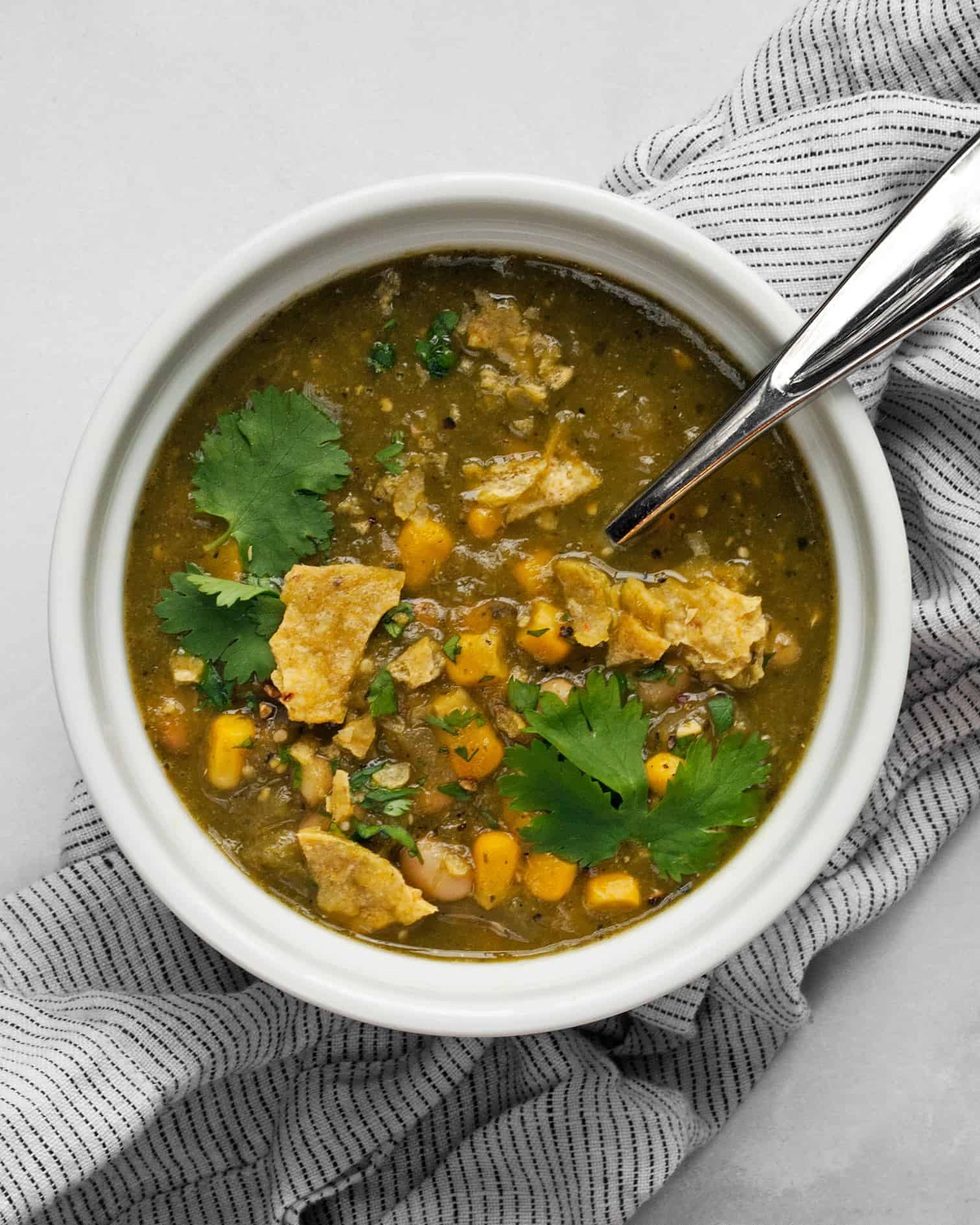