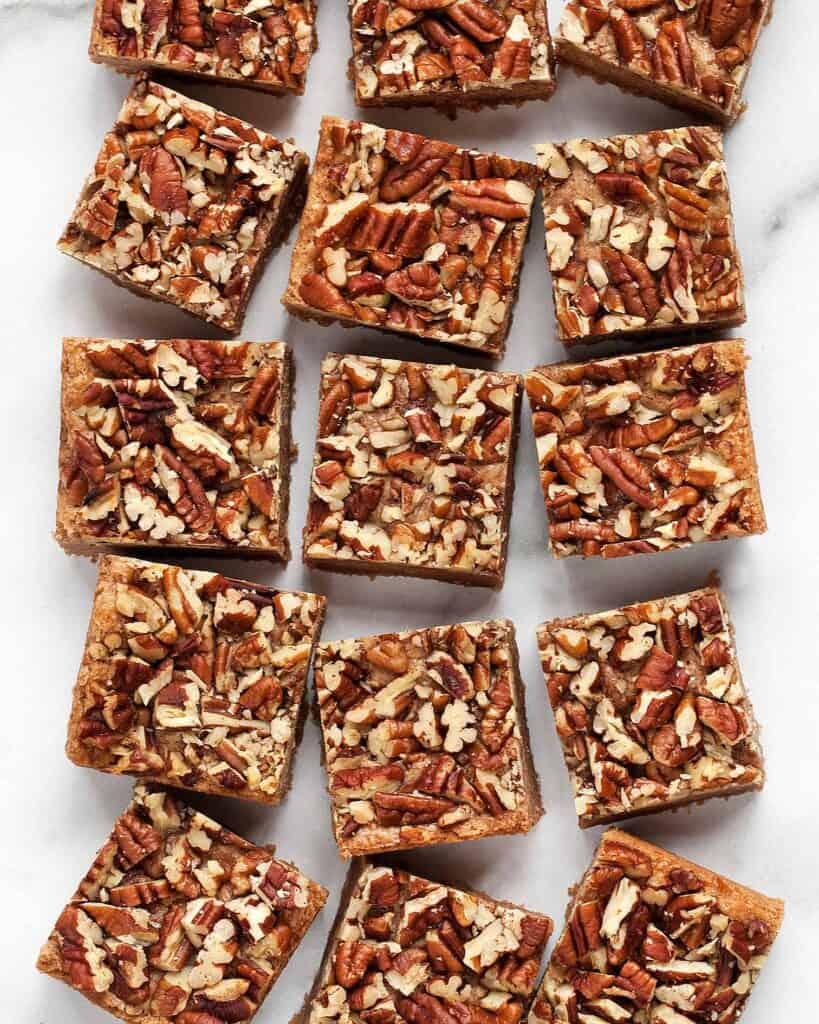 Finished with a generous topping of chopped pecans, these cinnamon bars are wonderfully crumbly like very thick shortbread. They are a simple bar cookie!
Jump to Recipe

Finished with a generous topping of chopped pecans, these cinnamon squares are wonderfully crumbly like very thick shortbread. They are a simple bar cookie!

My computer is my recipe box.

Ingredients and instructions are typed out in Word documents. Some eventually make their way onto the blog, but a lot of them just live as saved files.

Electronic storage is convenient and efficient, but it doesn’t have the charm of a recipe box.

I remember the exact cabinet from my childhood where my mom kept her recipe box.

It was stuffed with dog-eared 3-inch by 5-inch index cards that I loved to thumb through looking for something sweet to bake.

Every so often my mom will go through the recipe cards and give me a few that she thinks will inspire my cooking and baking.

Some are in her handwriting and others are written by relatives.

It had been a while since I looked at the recipe cards that I have collected over the years.

Many of those recipes are oldies but true goodies.

I came across my paternal grandmother’s recipe for cinnamon squares.

My memories of these bars are a bit foggy, I admit, but I love anything with lots of cinnamon.

Also, I adore any bar cookie from brownies to blondies because they are so easy to make.

These cinnamon squares have the distinct crumbly and addictive texture of very thick shortbread all while being nice and buttery.

How To Make Cinnamon Squares

When I make them, I always get mixing the dry ingredients out of the way first, which is a mix of flour, cinnamon and cocoa powder.

Once the bars are finished, they don’t taste chocolatey. I think the cocoa powder balances out all the cinnamon.

With a cup of granulated sugar and a cup of butter, I use an electric mixer to cream them together until they are light and fluffy.

At that point I mix in vanilla extract and an egg yolk—the egg white will come later in the recipe.

Then I add in my dry ingredients to complete the dough. I have a hard time not sampling it!

Next, I spread the dough into the base of a greased square baking pan.

Now this is where the egg white comes in and act like glue. I lightly beat the egg white and brush the top of the dough and then cover it with chopped pecans.

The bars finish baking in about 20-25 minutes. It’s important to let them cool in the pan before finally cutting them into squares.

Finished with a generous topping of chopped pecans, these cinnamon squares are wonderfully crumbly like very thick shortbread. They are a simple bar cookie! 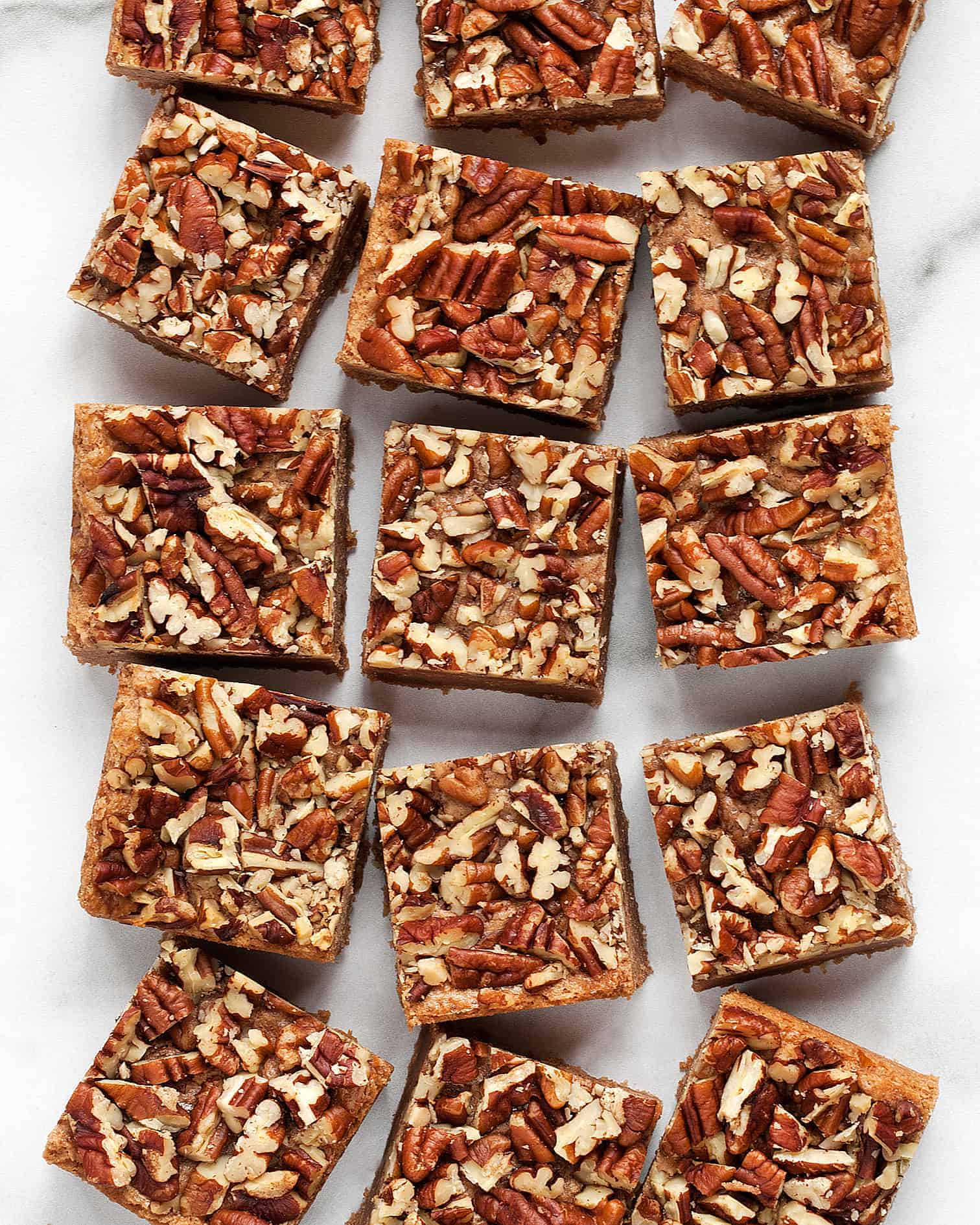