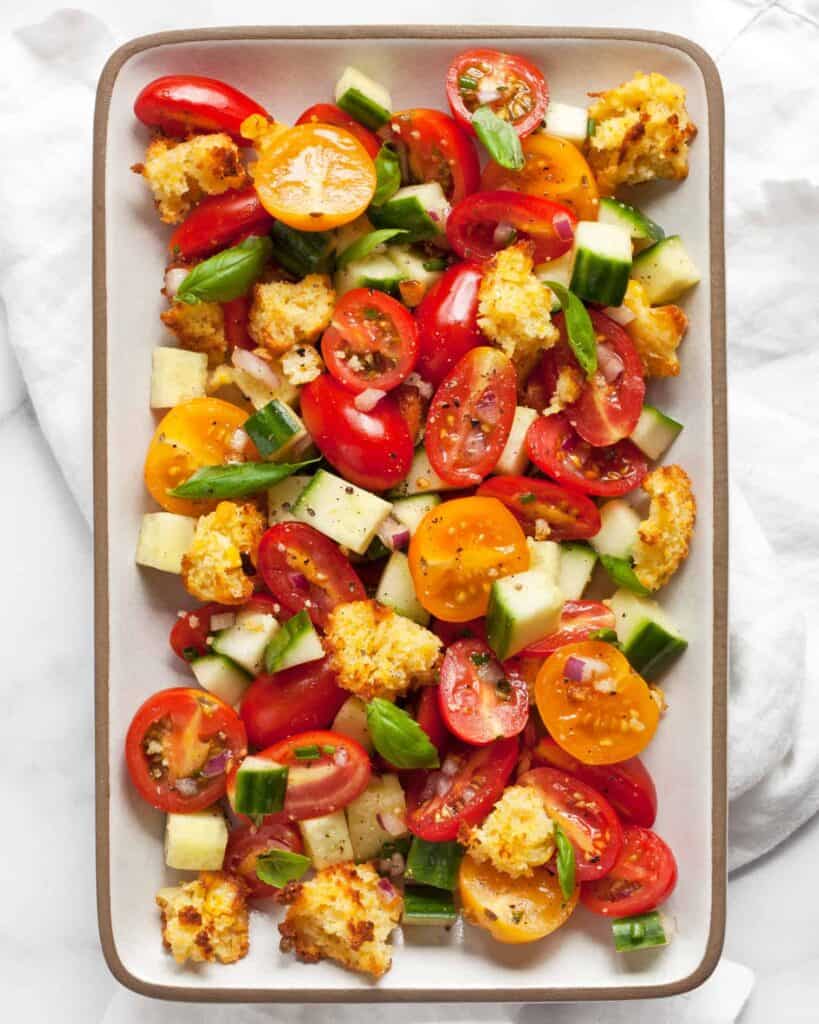 Why use crusty bread when you can make a cornbread panzanella salad. Just toast the cornbread in the oven, so it can hold its own with the other ingredients.
Jump to Recipe

Why use crusty bread when you can make a cornbread panzanella salad. Just toast the cornbread in the oven, so it can hold its own with the other ingredients.

The most important item on my summer to-do list is to eat tomatoes and corn.

Yes, you can buy tomatoes anytime of the year, but they are so much better in season.

And corn is really a summer only thing. You have to get it while you can.

Tomatoes and corn are part of my routine from June to September. I try to check them off my to-do list on a daily basis.

Disappointment strikes if I only manage to consume one or the other. I don’t cut myself much slack.

When I can manage to fit tomatoes and corn together in a single meal, I feel really accomplished.

To be honest, I shouldn’t give myself such a big pat on the back because it’s not too much of a challenge!

I love a good panzanella no matter what time of the year. I will switch from tomatoes in the summer to sweet potatoes in the fall.

They can be such filling and versatile salads with their chunks of bread.

I gave that toasted bread more thought when I made this cornbread panzanella salad.

How To Make A Cornbread Panzanella Salad

It was my chance to get tomatoes and corn in one bowl. How could I not take full advantage of the situation?

The trick with using cornbread instead of the usual crusty loaf in a panzanella is that you have to toast the cornbread to lessen its tendency to crumble. It needs more structure than crusty bread.

Crisping up your cornbread in the oven gives it the necessary extra strength, so it stands up to the other ingredients.

You can buy readymade cornbread or use a mix. I tore homemade corn muffins into cubes and used those.

Along with the tomatoes and cornbread, I folded in red onion, cucumbers and basil.

The salad was crunchy and refreshing and will help me survive the summer heat that is bound to strike sooner rather than later. It’s only a matter of time.

Why use crusty bread when you can make a cornbread panzanella salad. Just toast the cornbread in the oven, so it can hold its own with the other ingredients. 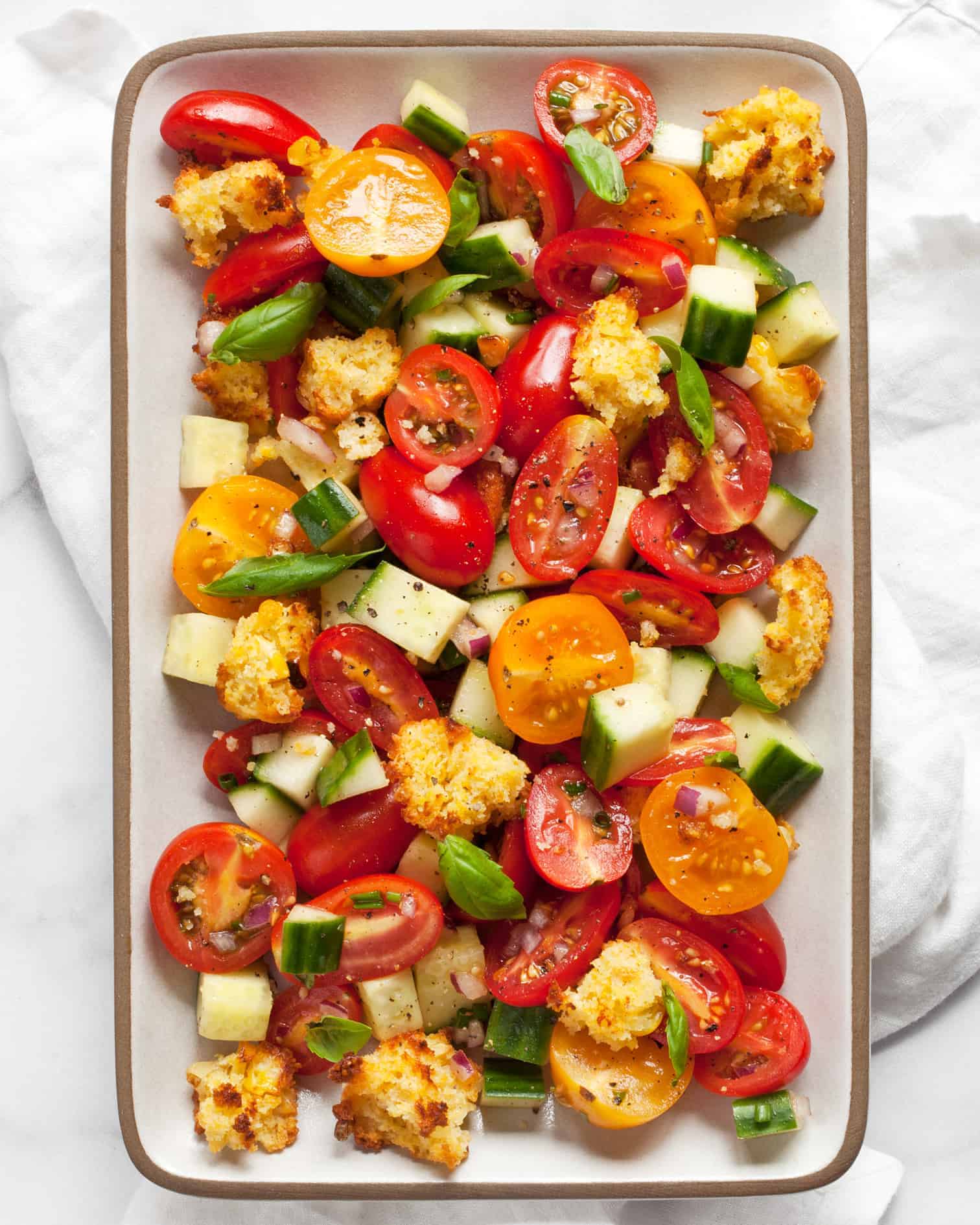