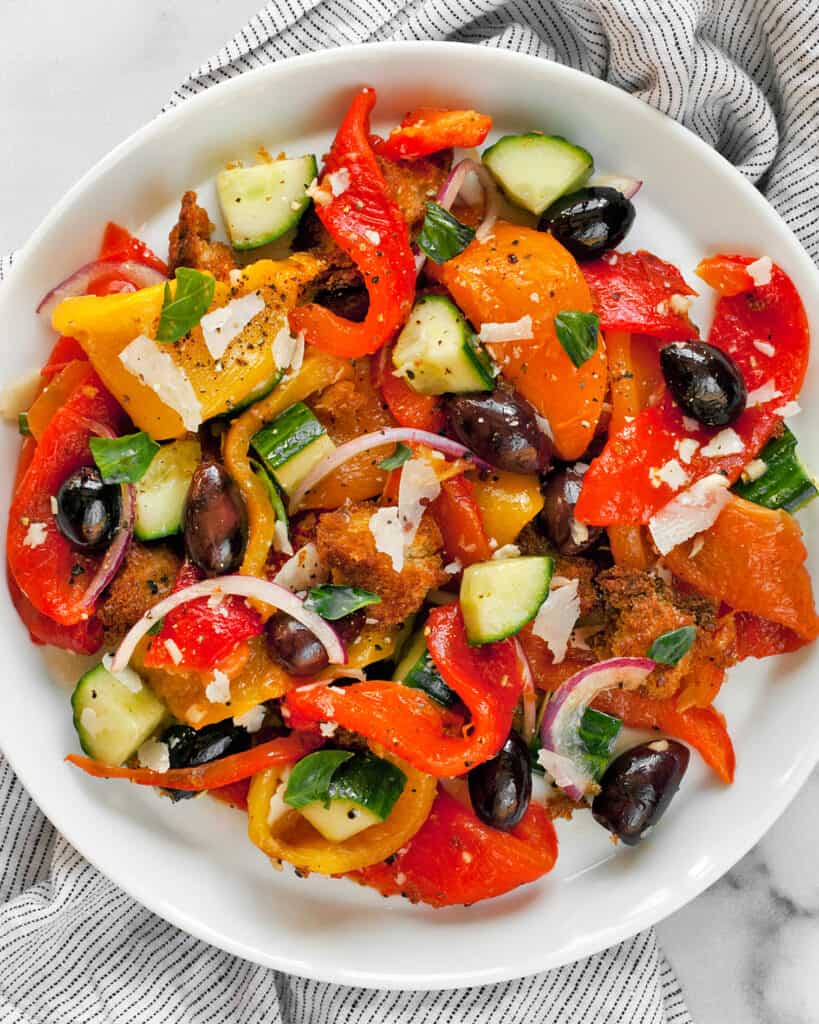 The other day my mom told me that my kitchen counter looked like a bakery. And she was absolutely right.

I had no less than 4 loaves of bread, all with their own purpose. That included bread for sandwiches and others just to be eaten dipped in olive oil.

Besides snacks and fruit, my 7-year-old’s school lunch involves slices of bread. He likes to eat them plain, so I make sure our house is stocked.

I don’t mind this request because it speeds up lunch prep, and more importantly, he actually consumes his lunch instead of bringing it home uneaten.

When I know we won’t finish the bread supply before it goes stale, I make homemade croutons.

Or I toast the bread to make a panzanella salad. No matter the season, I always love panzanellas. I think that’s because when I was learning to enjoy salads when I was younger, I went overboard on the toppings.

Now I look to this kind of salad when I am craving something with a lot of vegetables that’s filling, too.

A traditional panzanella has tomatoes, but I like to change up the veggies depending what I have and the time of year.

During the summer, I make this roasted pepper panzanella with cucumbers, olives, red onions and garlic vinaigrette.

Roasting bell peppers really brings out their sweetness, and I love how that balances with the mix of briny and fresh elements.

This is what you need for the panzanella salad:

First, I turn the broiler on high for the peppers. I place them on a sheet pan and turn them every 2 minutes until they are bubbled and charred.

Next I put the peppers in a bowl and cover it. I let them sit for 15 minutes. This allows the steam to help release the skin from the peppers. Then it’s easier to rub off.

I slice the peppers into 1-inch wide strips and transfer them to a large bowl.

You Can Also Use Grilled Peppers

Yes, grilling peppers for this recipe will work, too. In fact, it will impart a more smoky flavor on them. I recommend turning the peppers on the grill until they are heavily grill-marked all over.

Then do the same thing as you would if you broiled them and put the peppers in a bowl and cover it, wait 15 minutes and rub off the skin.

I tear the bread, so it’s in uneven pieces instead of cutting it into cubes. Then I toss the bread in olive oil, salt and pepper and spread it out on a sheet pan.

The bread turns golden brown and crisp in a 400 degree F oven.

How To Make A Roasted Pepper Panzanella Salad

To assemble the salad, I combine the peppers, olives, cucumbers, red onions and Parmesan a bowl.

Then in a separate bowl I whisk together the garlic vinaigrette, which has white wine vinegar, olive oil, garlic, red pepper flakes, oregano, salt and black pepper.

After stirring the vinaigrette into the salad, I fold in the toasted bread, Parmesan and basil.

You can make the peppers and toasted bread in advance. If you are planning to have leftovers, do not add the toasted bread all at once because it will lose its crunch stored in the fridge in the salad. Just add the bread as you serve it.

Try One Of These Other Panzanellas

The peppers and bread can be made in advance.

If you are planning to have leftovers, stir in the amount of bread needed per serving. 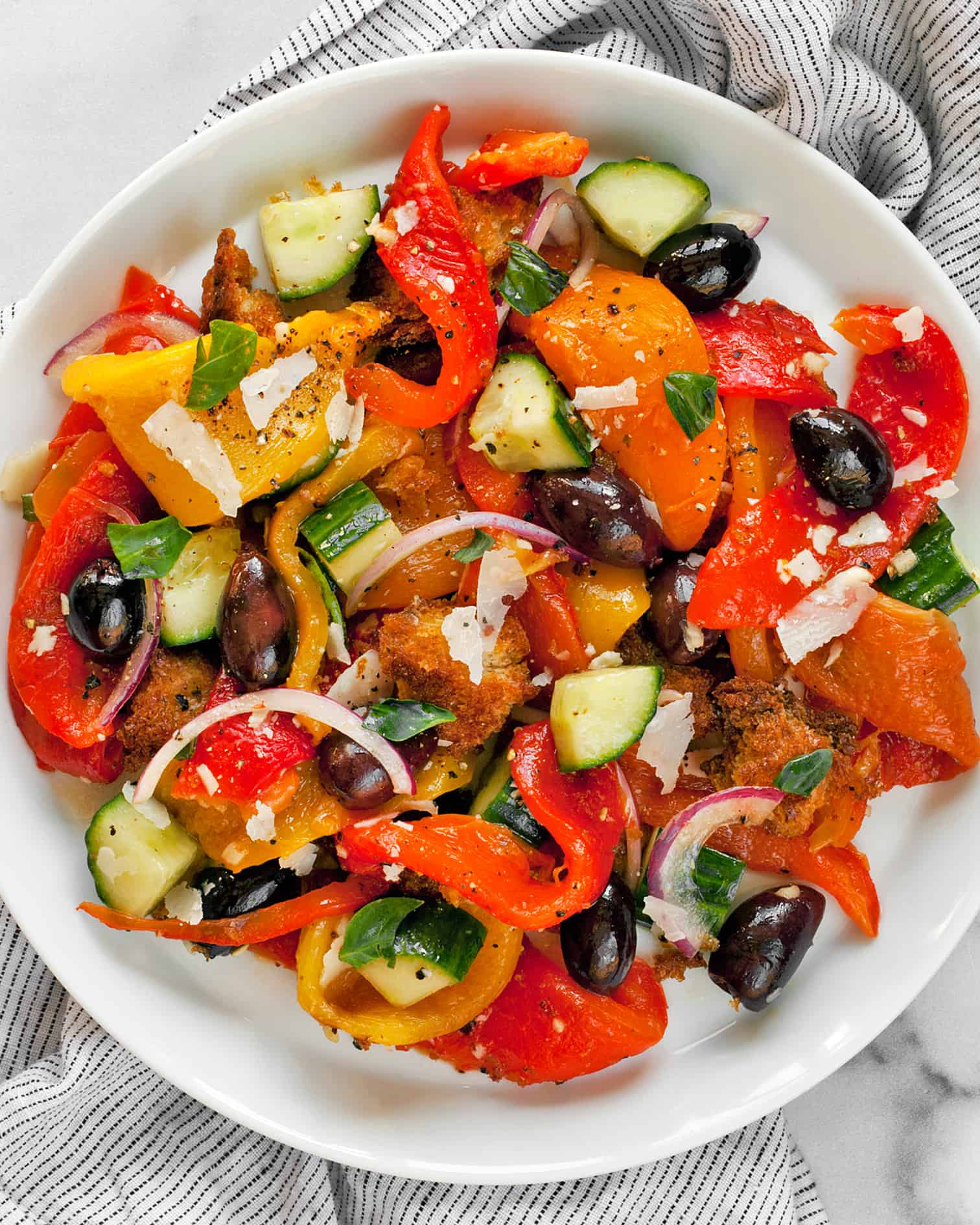