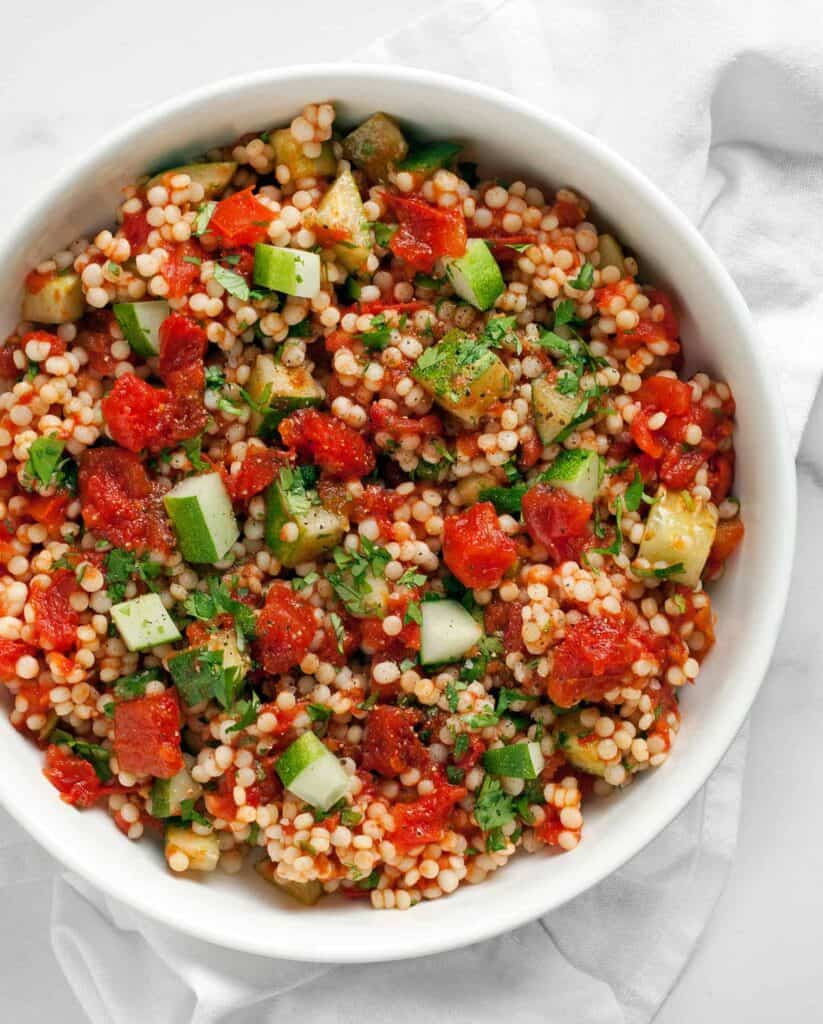 You can use the best tomatoes or rescue ones that are past their prime with this easy vegan harissa roasted tomato cucumber couscous with parsley and cilantro.
Jump to Recipe

You can use the best tomatoes or rescue ones that are past their prime with this easy vegan harissa roasted tomato cucumber couscous with parsley and cilantro.

Nothing is worse than when you pick-up a perfect summer tomato that’s been sitting on your counter only to find a blemish or worse.

I had four or five big beefsteak tomatoes in my kitchen that had been patiently waiting days to be consumed.

When I finally got around to using them in a recipe, I lifted one up to find a bruise and a patch of mold.

Another one was oozing out a mystery clear liquid and was kind of mushy.

To throw them away would have been totally unacceptable.

You can rescue tomatoes that are well past their prime.

Don’t eat wrinkly, soft borderline bad tomatoes raw. They are great for dishes like soups or sauces. No matter if they are sautéed on the stove or baked in the oven.

Save those pristine, just picked tomatoes for Caprese or Greek salads when you can really appreciate them.

I had to do a total 180 on what I planned to eat when I discovered their condition.

But in the end, it was absolutely for the best.

I decided to make harissa roasted tomato cucumber couscous. It was a little hot and cool all at the same time.

Keeping a jar of spicy harissa paste in my fridge comes in handy at the most unexpected times.

First, I roughly chopped the tomatoes, cutting out the parts that looked questionable.

Then I put the tomatoes into a large bowl and tossed them with a mixture of harissa, olive oil, salt and pepper.

Before roasting them in a 400-degree oven, I poured the tomatoes into a 13-inch by nine-inch baking dish.

Having the tomatoes in a shallower layer rather than piled high in a smaller dish helped the mixture thicken as it cooked.

I roasted the tomatoes for 45 minutes.

While the tomatoes were in the oven, I made a batch of pearl couscous.

Also known as Israeli couscous, those plump grains are better suited than the usual couscous to stand up to the chunky tomatoes.

If you can’t find pearl couscous, you could use orzo or barley instead.

I combined the tomatoes with the couscous, cucumbers and lots of chopped parsley and cilantro.

With the leftovers of this harissa roasted tomato cucumber couscous, I added chopped olives and crumbled feta for a twist on a Greek salad.

You can use the best tomatoes or rescue ones that are past their prime with this easy vegan harissa roasted tomato cucumber couscous with parsley and cilantro. 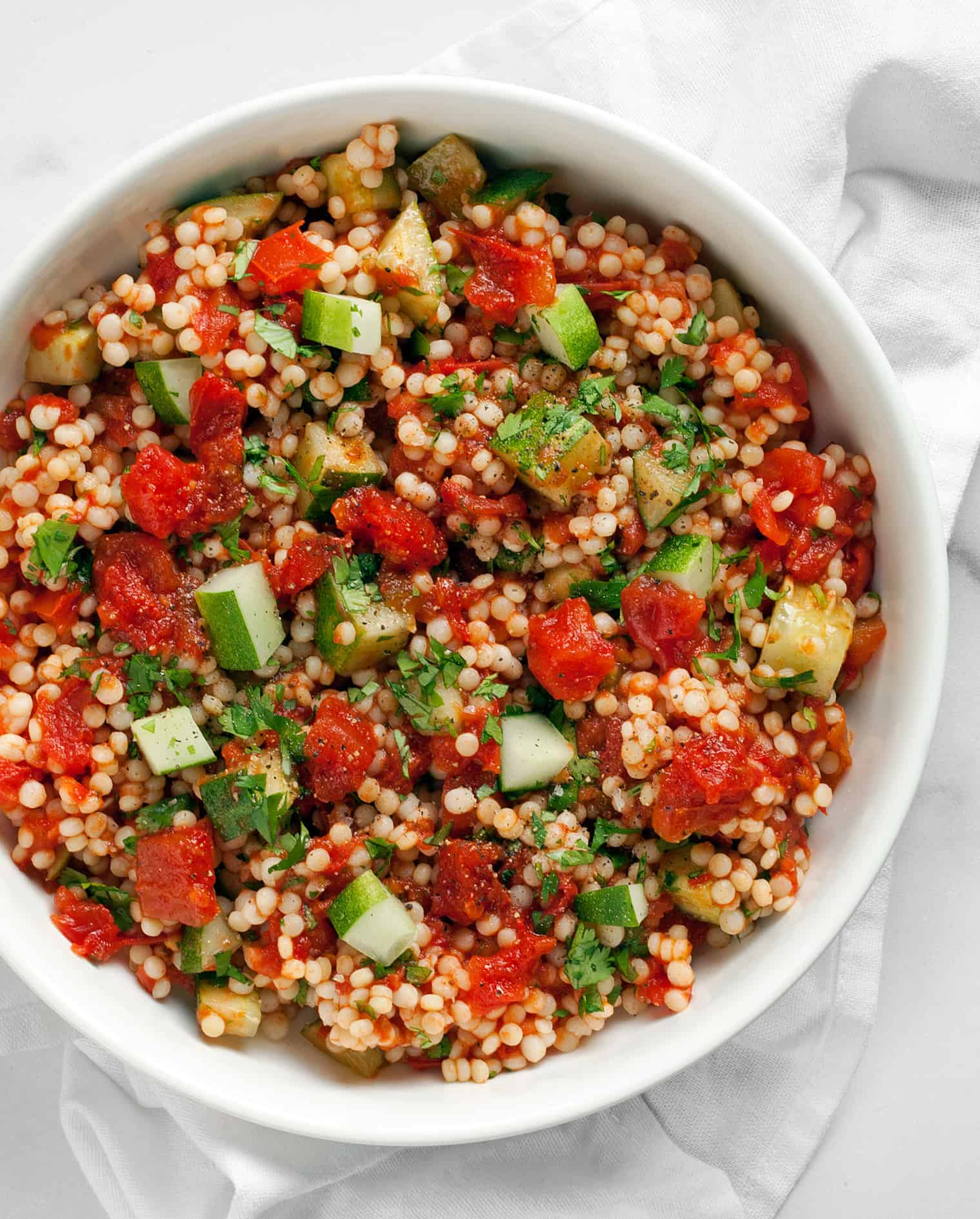