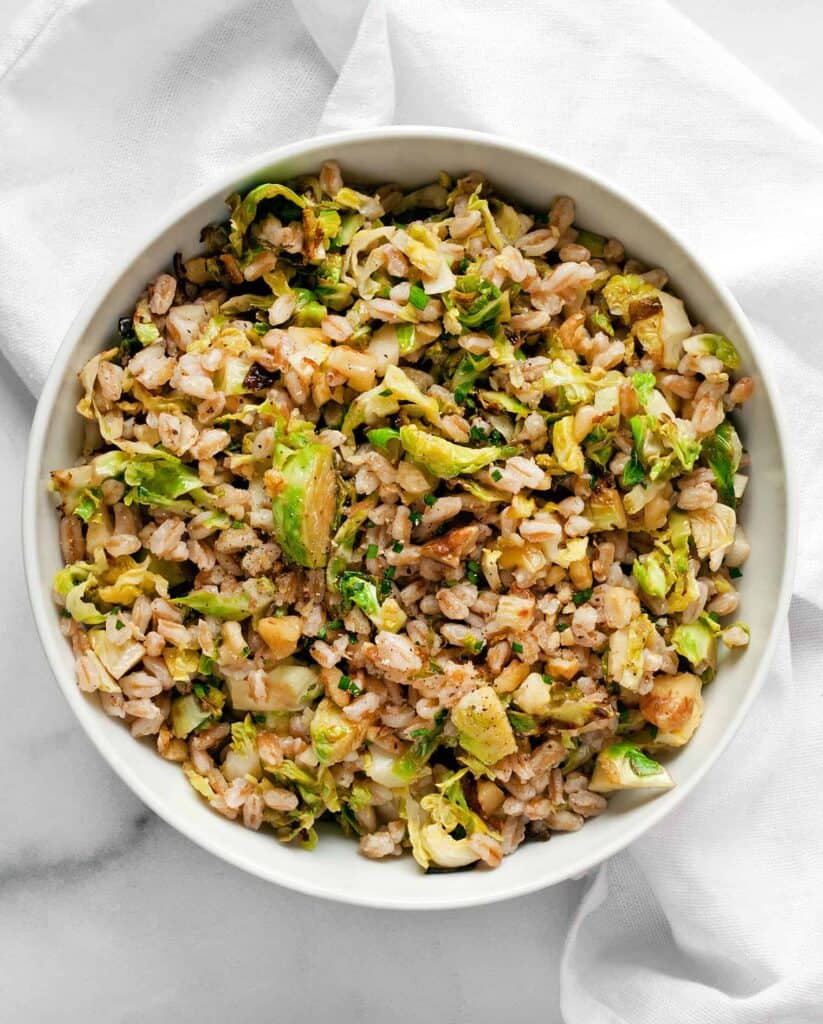 The sprouts and grains cook side-by-side in this lemon brussels sprout farro: one in a skillet, the other in a pot. It's a super easy vegan side.
Jump to Recipe

The sprouts and grains cook side-by-side in this lemon brussels sprout farro: one in a skillet, the other in a pot. It’s a super easy vegan side.

Brussels sprouts fall into two prep categories for me: raw or roasted.

I love them uncooked and shredded for salads. They are supercharged nutritious greens that I always feel like I deserve a pat on the back for eating.

And they’re so crunchy!

Chopped kale is a good pairing with raw brussels sprouts. This mix makes for a somewhat bitter salad base, so I offset it with sweet pears and salty blue cheese in one of my go-to fall salads.

Roasted brussels sprouts are an absolute classic side.

To get them as crispy as possible I like to thinly slice brussels sprouts and roast them on a sheet pan that’s very hot because I pop it into the oven the moment I start preheating.

Other times I roast halved brussels with different vegetables like sweet potatoes and combine them with grains or even toasted bread for an autumnal panzanella.

It’s taken my oven not working to get me to cook brussels sprouts on the stovetop.

To be clear, this is not the first time I have made them this way.

Maybe it’s me being lazy by not cooking them at all and keeping them raw for a salad or staying hands-off roasting sprouts on a sheet pan.

Not that sautéed brussels sprouts are a challenge. They’re actually very quick and easy.

The sprouts and grains cook side-by-side in this lemon brussels sprout farro—one in a skillet and the other in a saucepan.

Then the ingredients are all stirred together.

It’s a super simple side or vegan main.

For this recipe, I trim the brussels sprouts, cut them in half lengthwise and slice the halves thinly crosswise. This helps them cook more quickly.

First combine the farro and water in a saucepan on the stove. Once it reaches a boil, turn down the burner and cover the pan with a lid.

While the grains are simmering, heat olive oil in large skillet. Add half the sliced brussels sprouts spreading them in an even layer.

In the first couple minutes, don’t touch the sprouts. This is important. Let them brown a bit at the edges before stirring in lemon juice, salt and pepper.

The reason I sauté the brussels sprouts in two batches is because it gives them space in the pan to brown rather than steam.

Combine the tender farro in a large bowl with the brussels sprouts.

Then fold in chopped toasted walnuts and minced chives.

This lemon brussels sprout farro is on my maybe list for Thanksgiving sides.

It’s such a tough decision!

The sprouts and grains cook side-by-side in this lemon brussels sprout farro: one in a skillet, the other in a pot. It’s a super easy vegan side. 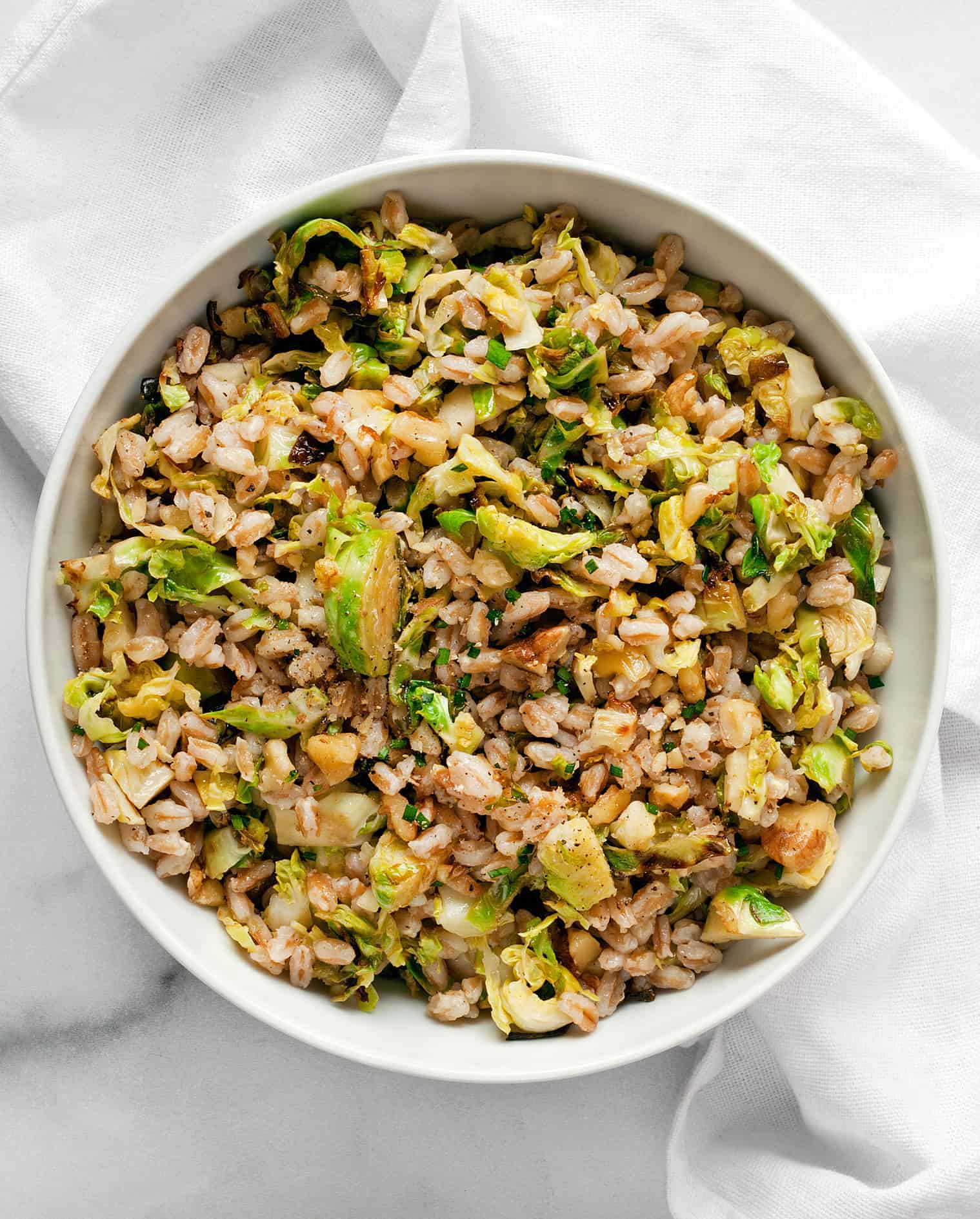