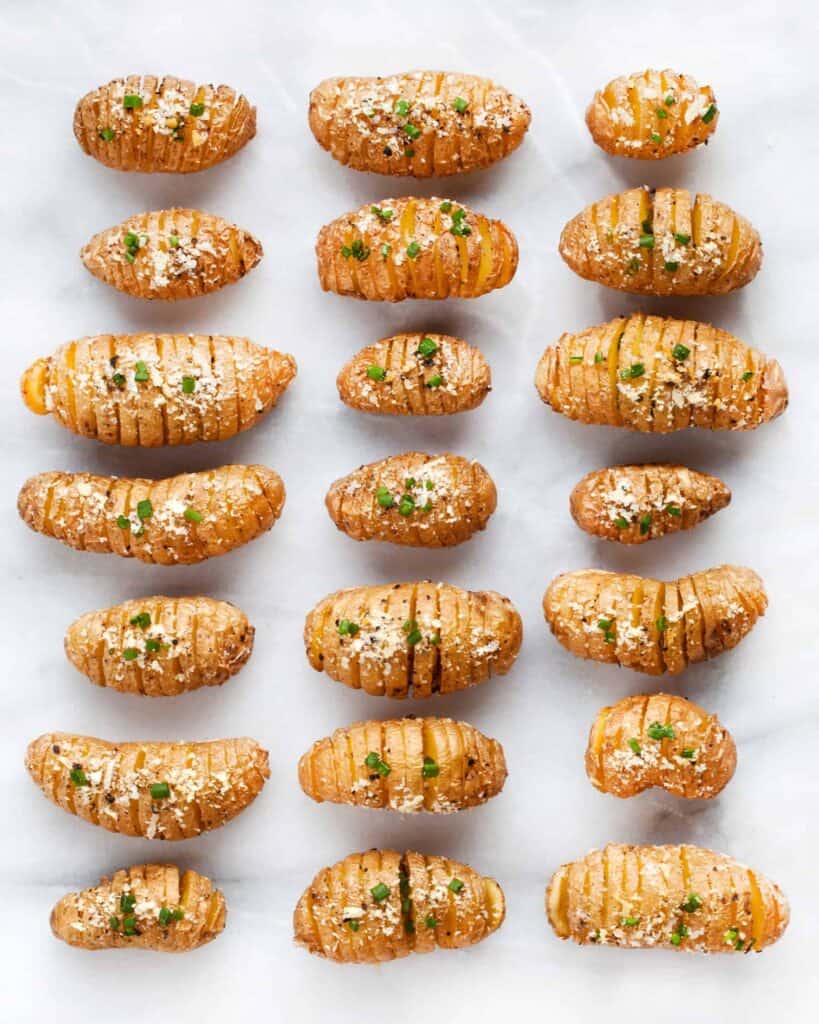 With crispy edges, parmesan hasselback potato bites can be a party appetizer or a dinner side. They are a great way to use fingerling potatoes.
Jump to Recipe

With crispy edges, parmesan hasselback potato bites can be a party appetizer or a dinner side. They are a great way to use fingerling potatoes.

I don’t like putting labels on food, and I’m not talking about the nutritional breakdown.

The line often blurs between starters & sides, breakfast & dinner and pretty much everything in between. Why should certain dishes be restricted to specific categories or times of the day?

A breakfast buffet at a hotel in Europe is a great example where you see all sorts of foods that aren’t morning fare here in the States.

I feel a tiny bit hypocritical as I’m writing this thinking about my 5-year-old. He requests veggie chips with his breakfast, and I say chips aren’t for the morning.

Potatoes are a food that’s acceptable basically anytime and any place. Please don’t think that I’m advocating waking up to French fries!

I made these Parmesan hasselback potato bites when I had sides on the brain, but what I really needed was an appetizer.

Hasselbacks might be my favorite way to eat a baked potato. They are crispy on the edges and fluffy on the inside. Everything I want in a spud!

I used small fingerling potatoes to create a bite-sized version. Since they were tiny, I took a pairing knife to carefully cut the thin slices.

Placing chopsticks on both sides of the potatoes stopped my knife. Then I didn’t slice all the way through

After that, I tossed the potatoes in olive oil, salt and pepper. They roasted for about a half hour before I pulled them out of the oven.

While the potatoes were still hot, I sprinkled them with Parmesan, fresh chives, flaky sea salt and pepper.

These Parmesan hasselback potato bites could be a nibble for a party or they would be a fantastic side at a more formal meal like Thanksgiving.

With teams set and the Super Bowl barely over a week away, I could definitely see these potatoes making a game day appearance.

With crispy edges, parmesan hasselback potato bites can be a party appetizer or a dinner side. They are a great way to use fingerling potatoes. 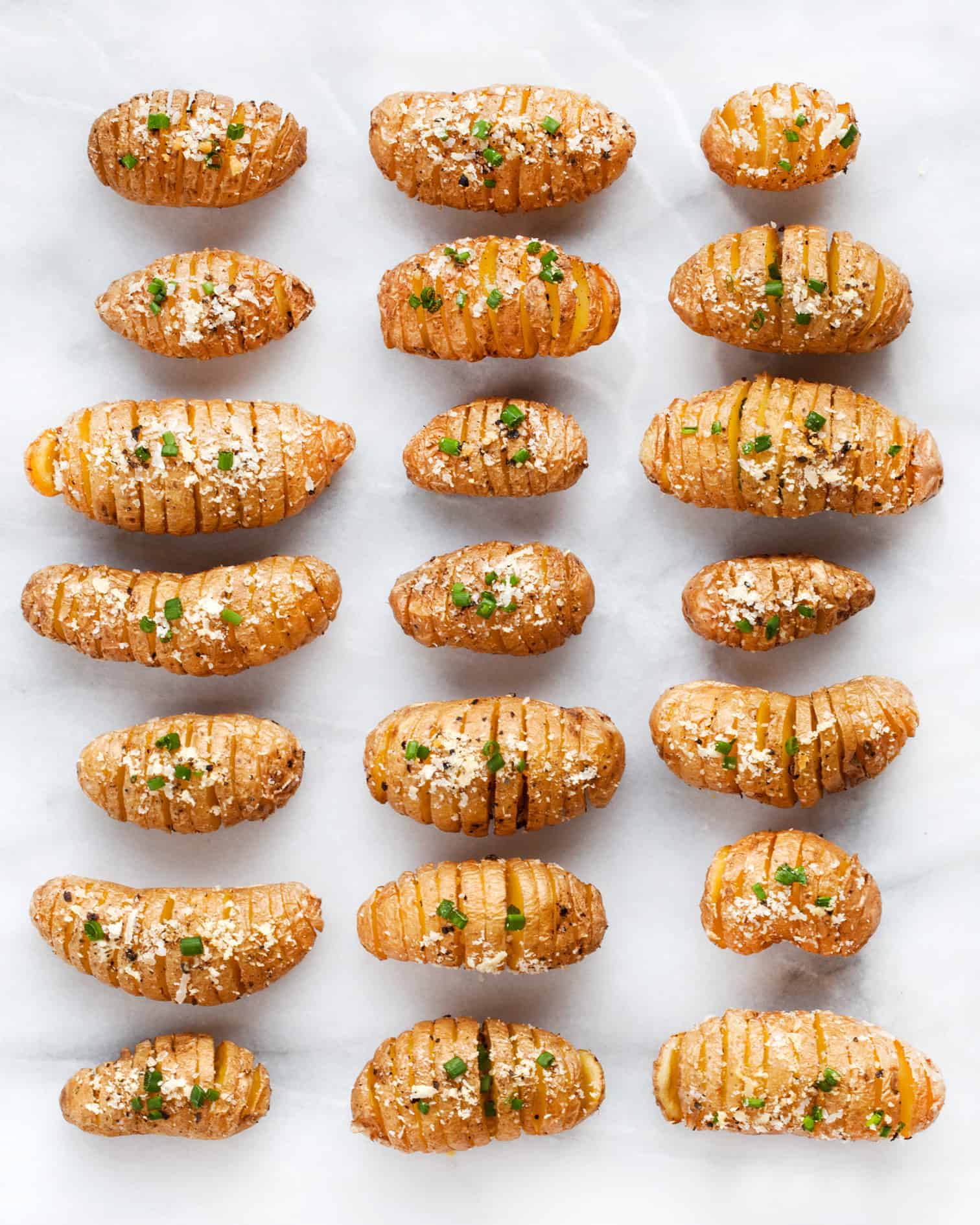