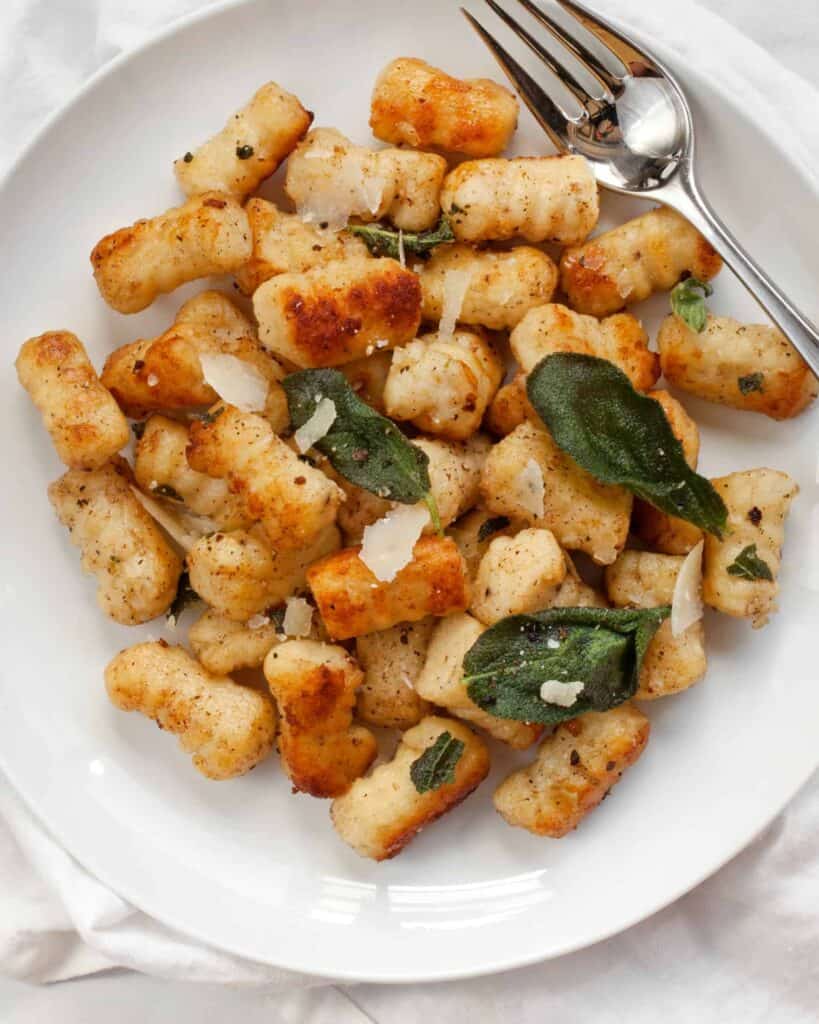 The key to potato gnocchi is to bake the potatoes instead of boiling them. Tossed in nutty brown butter & sage, try making them from scratch!
Jump to Recipe

The key to making potato gnocchi is to bake the potatoes instead of boiling them. Tossed in nutty brown butter and sage, they are worth making from scratch.

I don’t remember the last time my husband and I went to dinner on Valentine’s Day. Since our son was born 5 years ago, I know it’s been at least that long.

As I’m sure all parents can relate, it’s not just deciding when and where to go. Finding a babysitter adds another complication to going out especially on a holiday.

That probably sounds rather unromantic, but I don’t mind staying in. Call me a homebody if you want. I won’t be offended.

We still do celebrate Valentine’s Day, but it’s with a homecooked meal. I make sure the food isn’t something from our regular rotation, so it feels different.

And of course, we’ll have a nice bottle of wine to pair with it.

My husband absolutely loves gnocchi. I wish I thought to make it more often, but then it’s great to save for special occasions.

An Italian food staple, gnocchi are potato dumplings made with flour, egg, Parmesan, salt and pepper. Once you make the dough, you roll it out into a long rope and cut it into individual pieces.

Then you roll the gnocchi down the back of a fork, so they end up with ridges. These indentations help whatever sauce hold on to the dumplings.

Pesto and tomato sauce are all good options. In this homemade gnocchi recipe, I use brown butter.

Classic potato gnocchi seems simple enough, but it can be a little tricky. Here are a few tips:

This is what you need to make potato gnocchi:

How To Make Gnocchi

First, I preheat the oven to bake the potatoes. This takes around 45 minutes. The potatoes should be soft enough that you can easily pierce them with a knife.

Then when the potatoes have cooled a little, I halve them, scoop out the flesh and feed it through a potato ricer or food mill. Again, if you don’t have one of these gadgets, you can push the flesh through a fine mesh strainer.

Next, I stir in the egg, Parmesan, salt and pepper. After that, I fold in the flour, starting with 1 cup. The dough should be just the slightest bit sticky. Add more flour in small amounts as you need it.

Now it’s time to roll out the dough into long ropes. I then cut those into 1-inch pieces. For the signature ridges on the sides, I just press and roll them right off the back of a fork.

How To Brown Butter

Before I cook the gnocchi, I make the brown butter. In a large skillet I melt the butter over the heat and give it time to turn brown. It will have a wonderfully nutty aroma. Just make sure to watch it closely, because the butter will continue to brown in the pan when you take it off the heat.

I also fry sage leaves in the brown butter. The crisp up in seconds.

Then in a pot of salted boiling water, I cook my gnocchi. They float to the top of the water when they are ready, which doesn’t take long.

After that, I put the skillet with the butter back on the heat and carefully stir in the gnocchi, browning them at the edges.

Finally, I top the gnocchi with Parmesan and the crispy sage.

I can’t say enough about how convenient store-bought, package gnocchi is, so here are a few faster recipes to try:

The key to making potato gnocchi is to bake the potatoes instead of boiling them. Tossed in nutty brown butter and sage, they are worth making from scratch.

If you don’t have a ricer or food mill, push the potato through a fine mesh strainer instead. 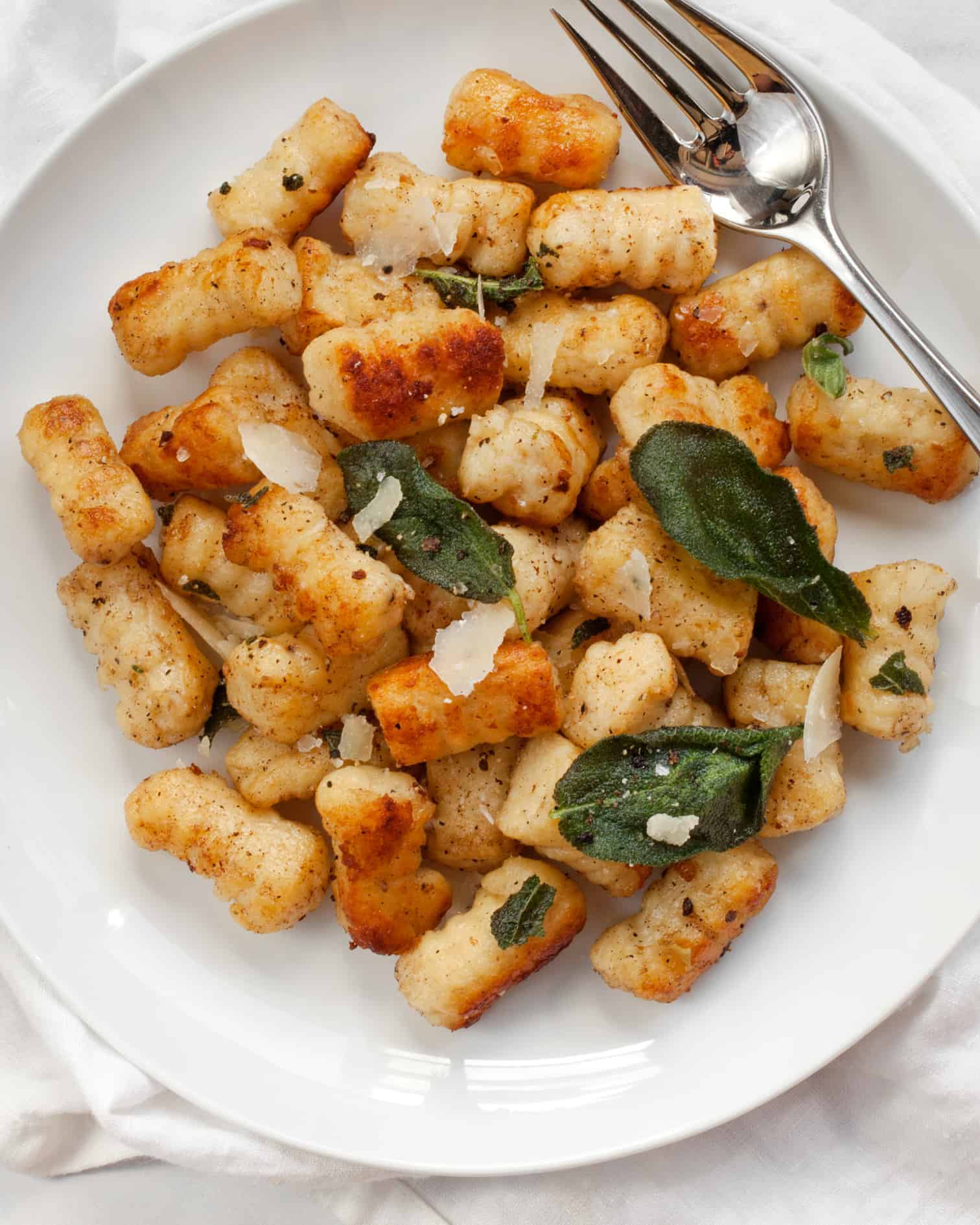