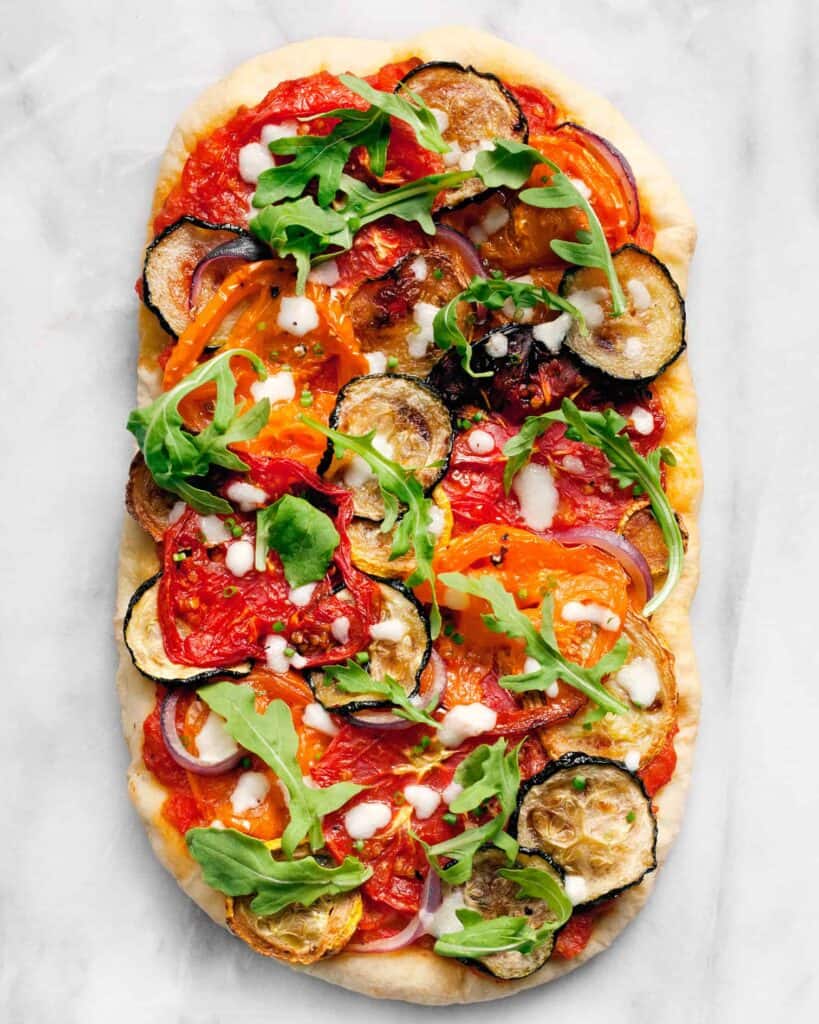 With tomatoes, zucchini and squash, this roasted vegetable pizza goes all in on veggies with tomato sauce and just a touch of fresh mozzarella.
Jump to Recipe

With tomatoes, zucchini and squash, this roasted vegetable pizza goes all in on veggies with tomato sauce and just a touch of fresh mozzarella.

Can it really be almost October already?

I know I am not the only one who feels like September has gone by in a flash.

This is the conversation that I’ve been having with pretty much everyone in the last week.

Despite the noticeably cooler nights, the days have been comfortably warm and sunny, which might explain why I am not at the point of accepting that the month is nearly over.

Don’t get me wrong, I absolutely love fall.

It is always one of my most favorite times of the year.

Autumn feels like a time for new beginnings and good habits even more than New Year’s.

I have already started transitioning my cooking to the new season.

But even though I see people wearing boots again, it is simply too early to push all things summer to the back of the closet for me to forget until next year.SaveSave

The other day I debated whether to wear linen pants. Since it was 85 degrees and they were black, I decided I was good to go. Transitional dressing is always tricky.

And my seasonal denial disorder (Is that a thing?) continues every visit to the farmers market where the tomatoes maintain their significant portion of stand real estate.

Each week when I think summer vegetables will be gone, they are still there.

Accepting the inevitable chilly shift that is about to happen, I decided to have one last hurrah with those lingering veggies. I made a roasted vegetable pizza.

How To Make A Roasted Vegetable Pizza

First, I started with the dough since that I knew that would take the longest. The rise time was my opportunity to prep the assortment of vegetables.

For the veggies, I preheated the oven to 400 degrees F.

I put my pizza stone on one of the racks in the oven with the vegetables, so it had time to heat up.

When the veggies were roasted and browned at the edges, I rolled out the dough.

Since the toppings for this roasted vegetable pizza are so weighty, I ended up making splitting the dough in half and baking two pizzas.

I spread tomato sauce on the dough leaving a border. Then I covered both pizzas with roasted tomatoes, zucchini, squash and red onions.

I went very light on the mozzarella because I wanted the pizzas to be to be all about the veggies.

With tomatoes, zucchini and squash, this roasted vegetable pizza goes all in on veggies with tomato sauce and just a touch of fresh mozzarella. 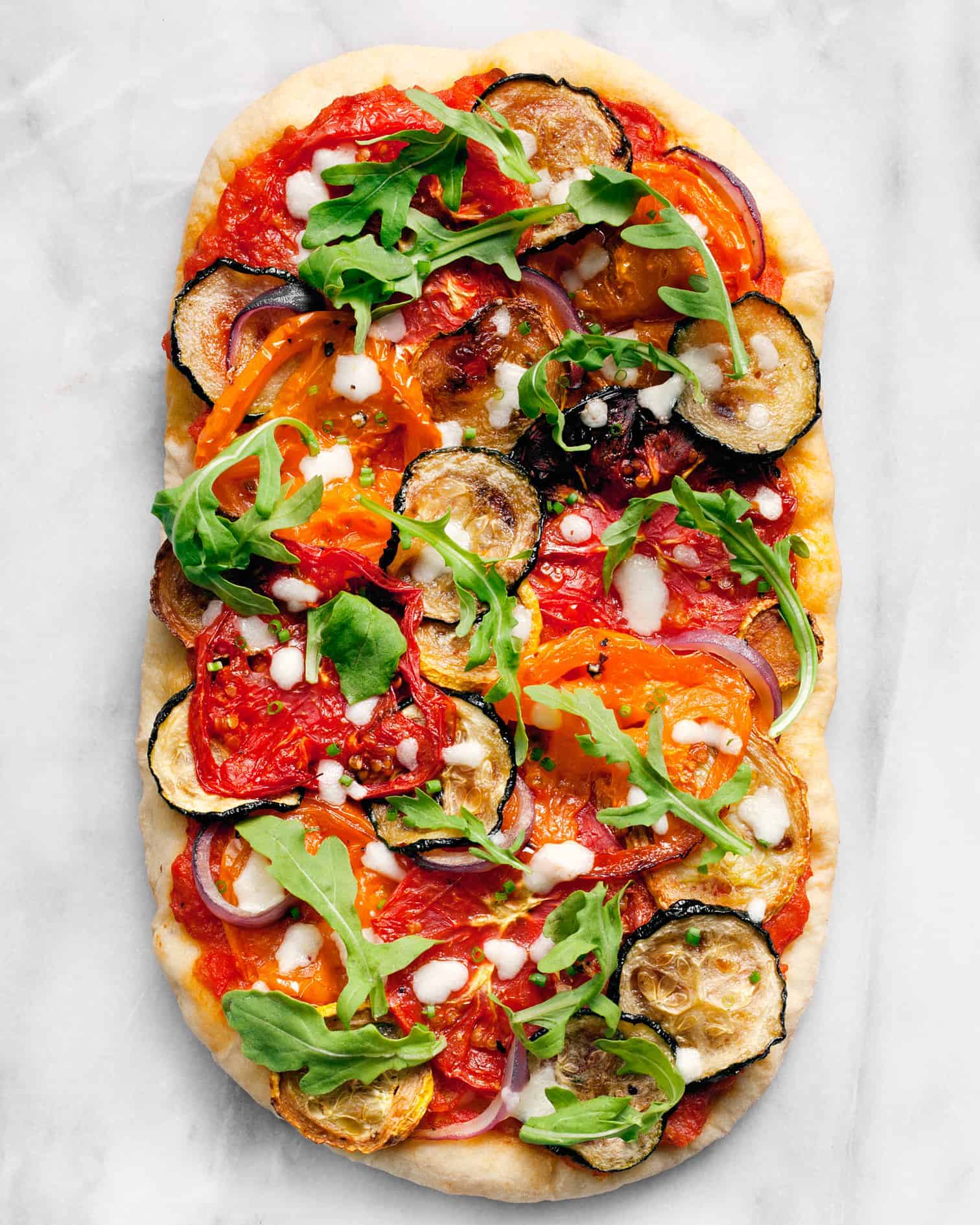