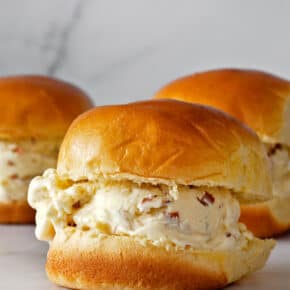 You can make the ice cream in advance, but assemble the ice cream sandwiches to order rather than making them and freezing them because the brioche won’t be soft.