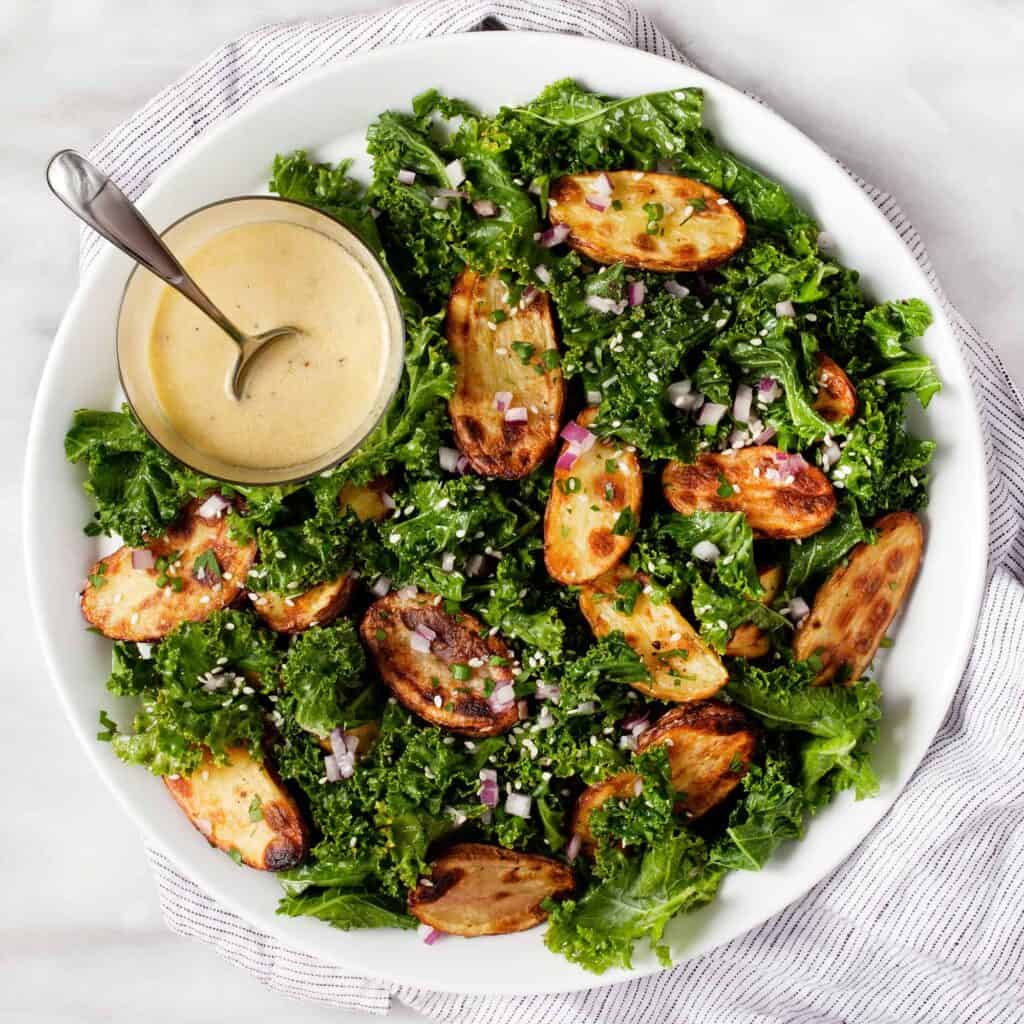 I like potatoes and salad, but I prefer them on separate plates.

When potatoes are transformed into a salad, they are usually drenched in excessive amounts of dressing.

Potatoes lack pizzazz unless you get pretty aggressive with the seasoning. Doing that in liquid form does a great job coating each spud, but you have to be careful not to go overboard. You don’t want the whole thing to turn to mush.

When I decided to go against my rules and to make a kale fingerling potato salad, I focused on keeping things crispy.

The potatoes had to be roasted. I sliced the fingerling potatoes in half and then soaked them in cold water for a half hour.

That soak helped get rid of some of the starch. I use the same technique for oven fries.

I tossed the potatoes in olive oil, salt and pepper plus lemon juice. Citrus flavor kept things bright and went with the theme of going fresh and zesty.

While the potatoes were roasting, I prepped the vinaigrette. It was a spontaneous move. Instead of reaching for vinegar and oil, I pulled tahini out of the fridge.

It was risky because of my general aversion to creamy potato salads, but I knew it would be another vehicle for lemon juice.

As I whisked together the vinaigrette, using the leftover potato marinate in the bowl and adding tahini along with more lemon juice and olive oil.

I decided that instead of tossing all the ingredients in it that I would start by tossing the kale in the vinaigrette.

You can use curly kale or lacinato kale.

I carefully folded in the potatoes and diced red onions. Once I transferred all the components to a serving dish, I poured the leftover vinaigrette into a small bowl on the side.

With salads, I like to start out using the least amount of dressing or vinaigrette. Then everyone can spoon on more if they think those greens need it.

To finish off the kale fingerling potato salad, I sprinkled sesame seeds on top along with lots of chopped parsley and chives. 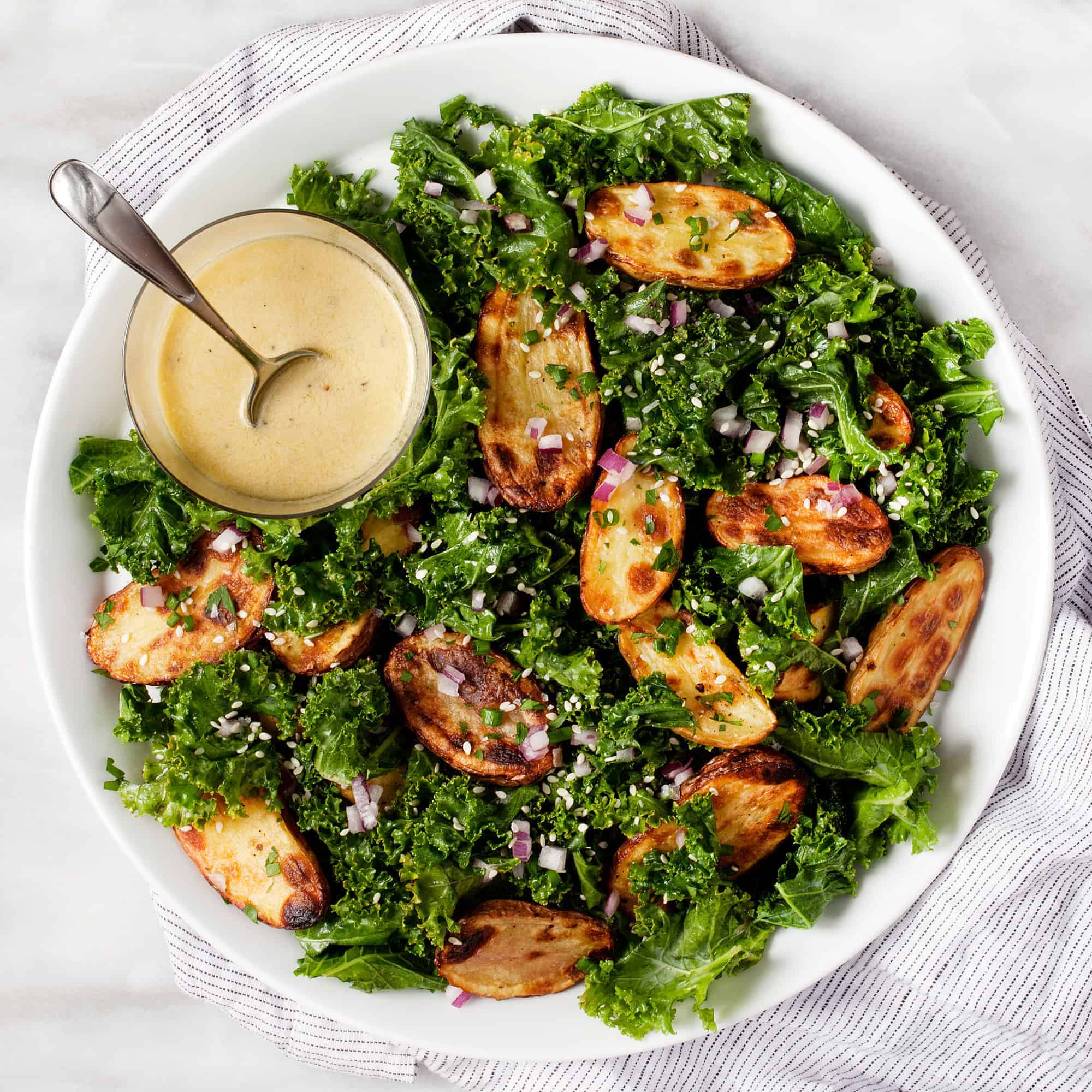