That doesn’t mean I fully turn my back on the great indoors.

There are still certain dishes that are fantastic roasted in the oven.

Potato salad is a classic.

However, I am not a fan of traditional versions with boiled potatoes that are mayonnaise-based.

The thought of a creamy salad sitting in the sun does not appeal to me at all.

In general, I much prefer salads that rely on vinaigrette or lemon juice for dressing.

Potatoes are a great partner for veggies including cauliflower, so why not use them in a salad together.

This roasted cauliflower potato salad celebrates the best of this sturdy starch and vegetable.

How To Make A Roasted Cauliflower Potato Salad

To start, I simmer a pound of new potatoes in salted water for 20-25 minutes until they are tender.

Then I use a fork to roughly mash them stirring in olive oil, lemon juice, salt and pepper.

While the potatoes are simmering, I begin the prep for the cauliflower and tomatoes.

I toss the cauliflower florets and halved cherry tomatoes in olive oil, salt and pepper and spread them out into a single layer on a sheet pan.

They roast for 25-30 minutes until the cauliflower is browned at the edges and the tomatoes are wrinkled.

With all the components ready, I fold the cauliflower and tomatoes into the mashed potatoes with chopped pitted olives, sliced red onions, feta, arugula and red pepper flakes.

This roasted cauliflower potato salad has a toasty, nutty flavor from cooking the cauliflower in the oven.

It also has a salty bite thanks to the feta cheese and olives.

If you end up with leftovers, just add more arugula to stretch it into a more greens based salad. 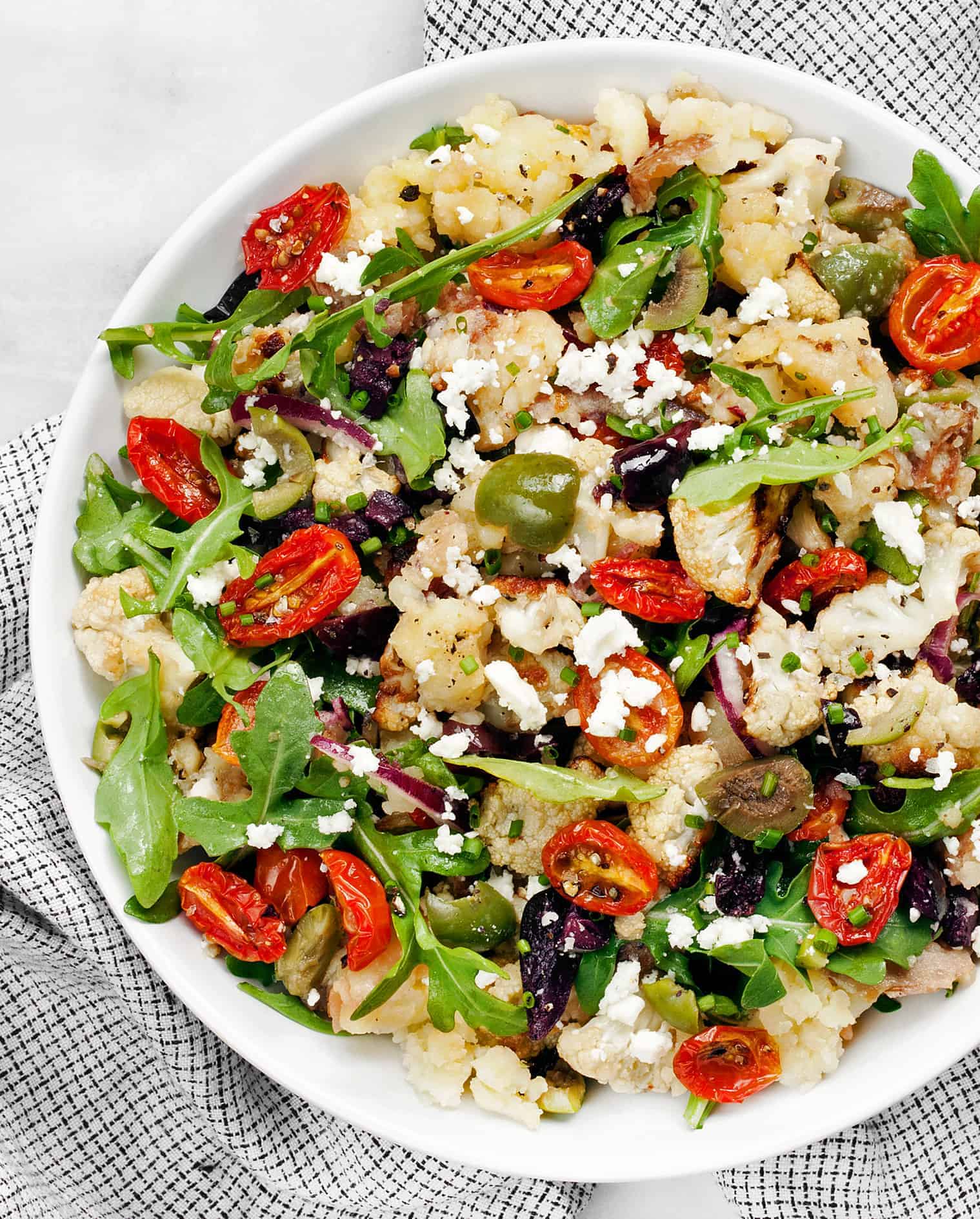